It has been a few years since I made my way back to Lord of the Rings Online. I remember being around the game during launch, noting how smoothly that release went in my experience. I remember there was an event where a long caravan of players rode to the entrance of Moria when that expansion first released. I also remember pretty much everything about Archet, Combe, and the Bree-lands area, which is where my adventure as a Beorning started out.

Also, it started out with my bear t-posing the second I logged in for the very first time. 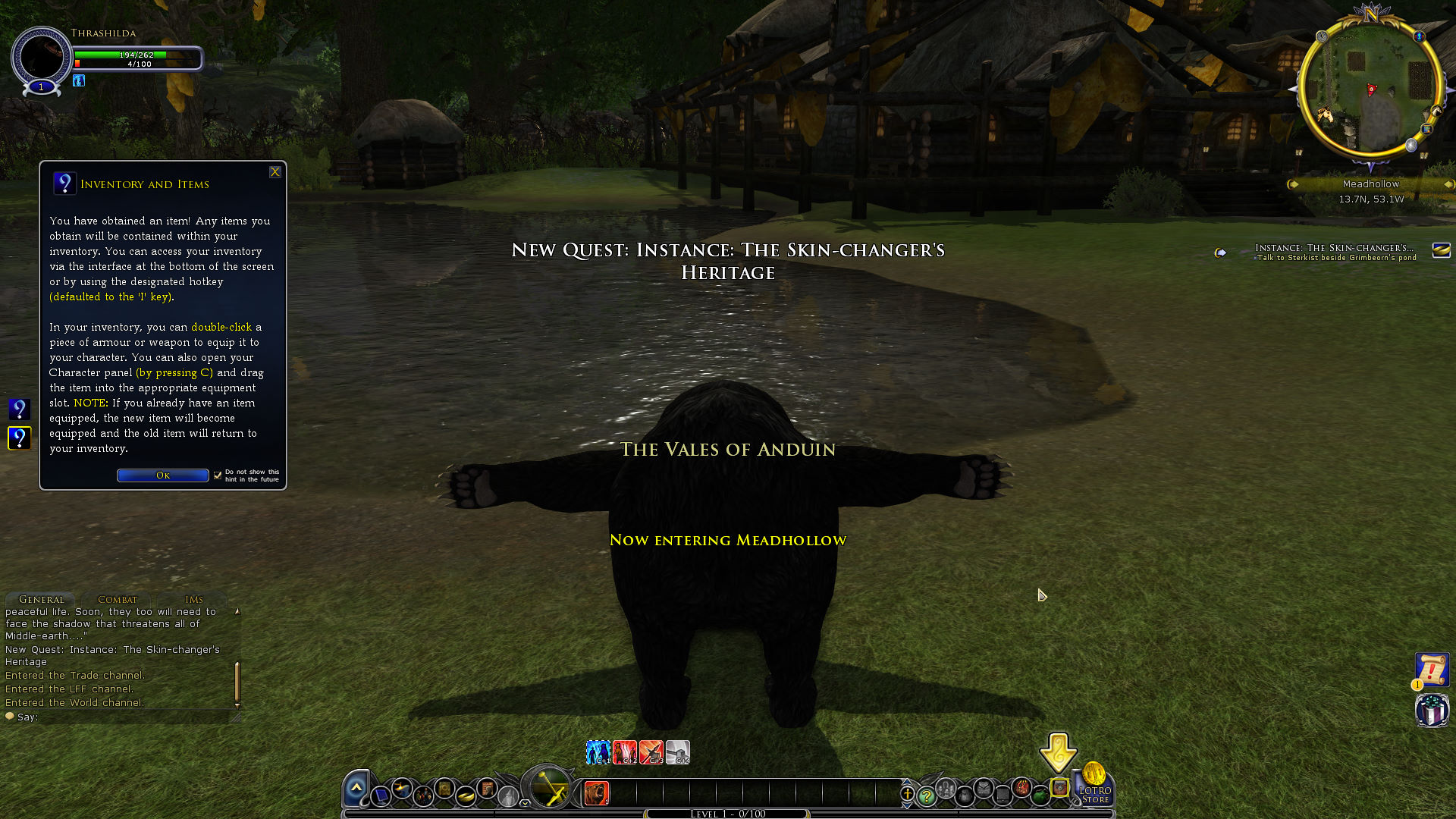 “Bearplane” aside (I can’t take credit for that joke; that one was all Colin), the opening beats of the new-to-me Beorning class were spectacularly unremarkable. Apparently I’m one of three children to a very grumpy father. Radagast the Brown gave a warning about danger, and after some goblin attacks, my character had to head out to deliver a message to Archet. This town I recall immediately, since it was the human starting zone and one that I have played a handful of times. Mercifully, I didn’t have to go through the whole Blackwold burning thing, starting off right after those events, but this was familiar and boring territory.

Don’t get me wrong; LOTRO is good at what it does in that it’s a very solid themepark PvE MMORPG experience. I also kind of like how the quest text mostly can’t be blitzed by, since instructions on where to go tend to be a little clearer to read than the map or minimap. I just have been here so many times that it’s almost completely routine. 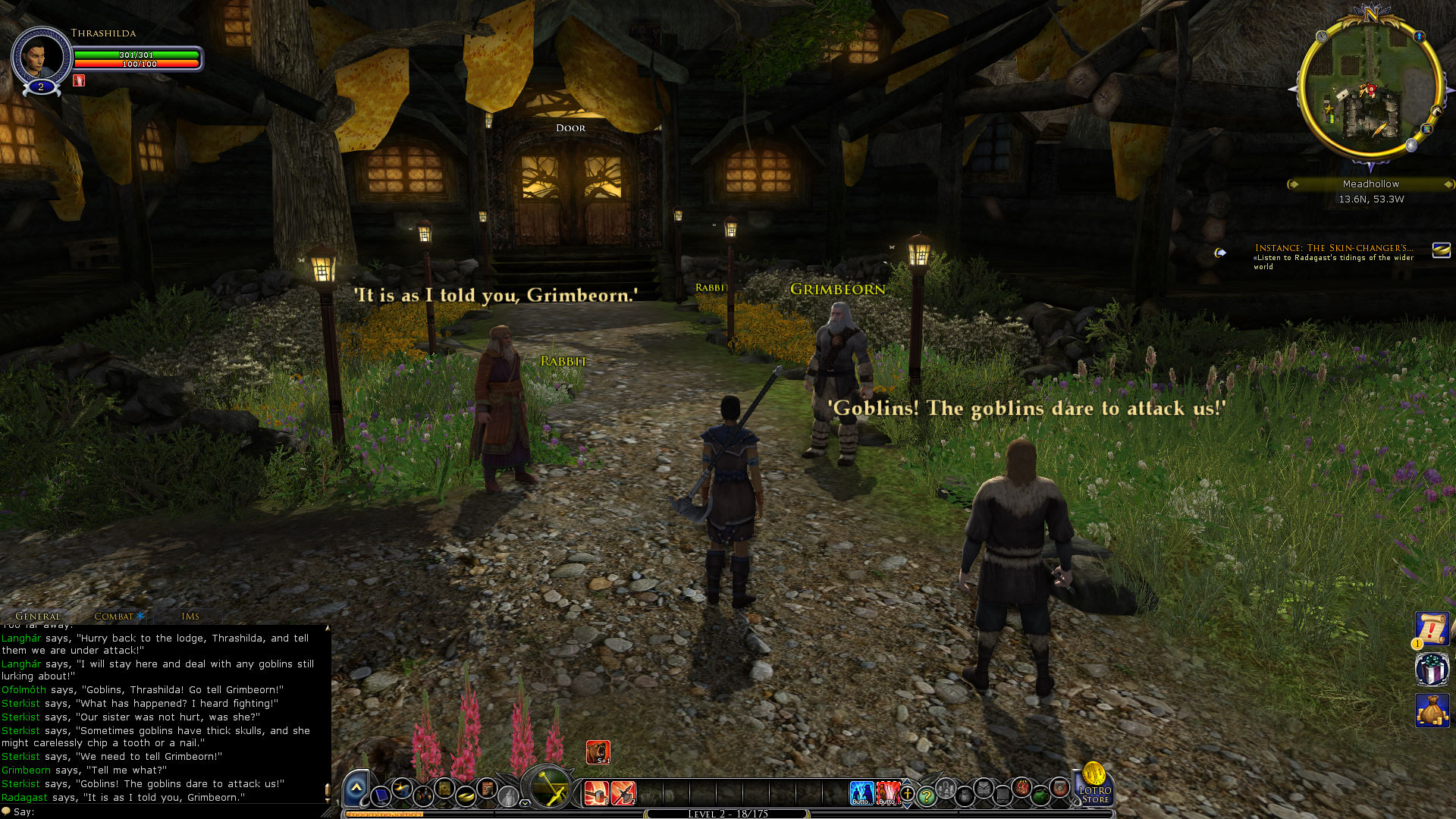 What didn’t help my humdrum approach to this return trip was the Beorning itself. You’d think being able to transform into a bear would be interesting, but you’d be kind of wrong. Particularly since I only have one button to push as a bear right now and three buttons to push as a human — two for attacking and one for healing. The class apparently lived off of a resource bar that can be spent on abilities, but right now in the early stages I have very few abilities.

As for being a bear, it seems to be pretty sturdy. Despite the fact that I just have the one button right now, the button does indeed seem to hit… well, hit like a giant bear. The bear form feels appropriately strong and hard-hitting as I’d imagine a bear to be. At least, a bear that still retains the sense of awareness of a human. I was even able to take on a group of three enemies at once, which is something I don’t recall being something that was advised back when I played this one a bit more regularly.

Ultimately, the class kind of lacks a lot of the presentation and dynamism that one would sort of hope for when turning into a big chonky bear that can swipe people into nothing. That is likely just a bit unfair to LOTRO, though. This game is most certainly long in the tooth in terms of visuals, and Standing Stone Game titles don’t really stand up as visual marvels or extremely flashy in their presentation. Plenty of examples of that are in the DDO CMA series.

It’s very early days yet and I recognize that, but I’ve got to admit that I was kind of taken back by the slower pace of LOTRO as well. This game definitely has plenty of content to do (especially with that free quest pack promotion that I snapped up) and I get the impression that the “long tutorial” phase of this one is going to be extremely long. I remember there being a whole lot of questing and sidequesting to be had yet. 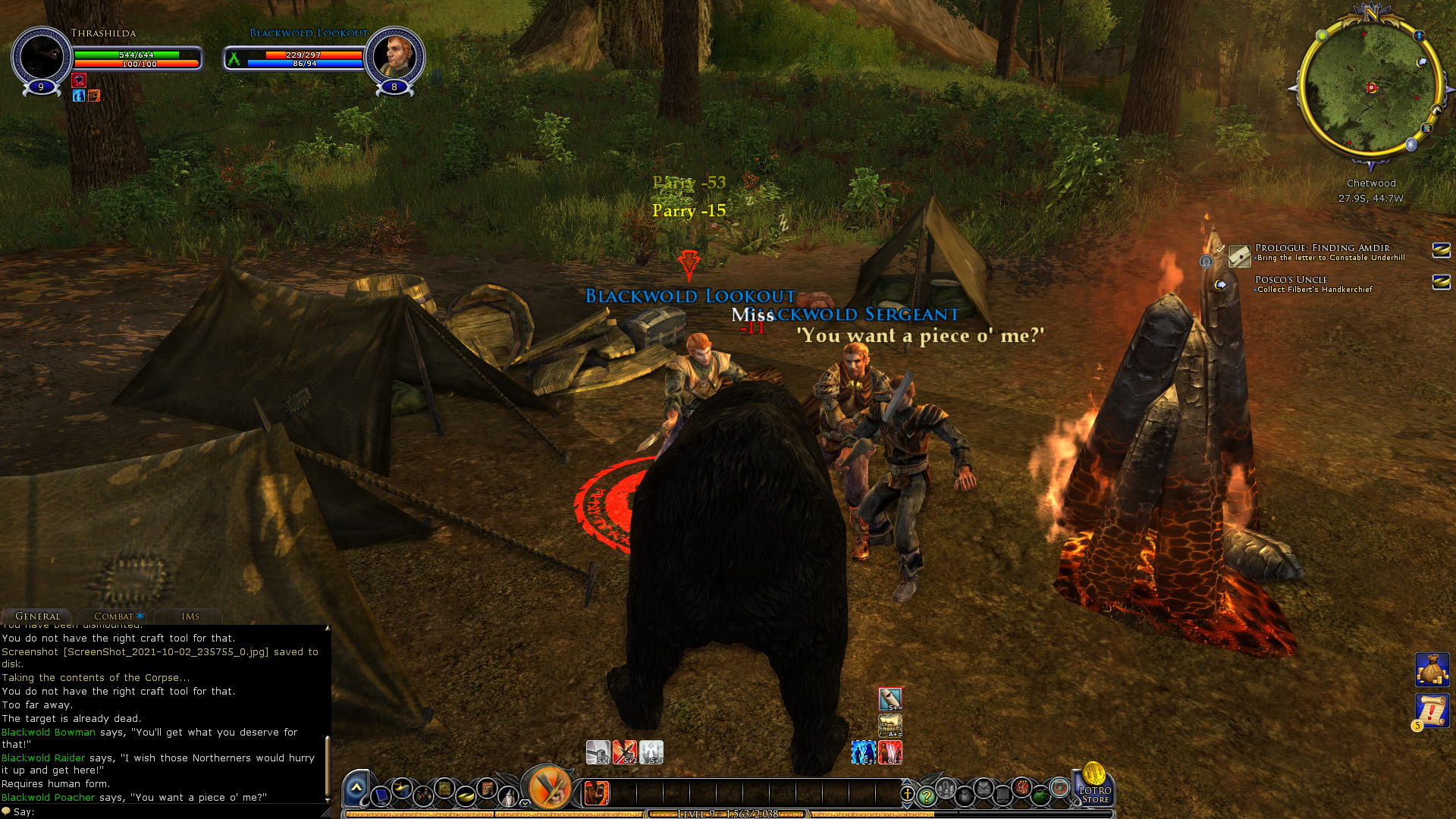 I’m getting ahead of myself here, though. Right now, as I move through the Combe area, I’m left with bare (bear?) few choices in what to do for polling this week. In fact, I’m left with one poll choice right now, and that’s related to what trait line to follow. There are three choices here and I can’t say that I particularly favor one over the other. I have been picking up mostly heavy armor rewards to this point simply because I’m being allowed to and why wouldn’t I just want more armor and defense anyway? But, as ever, don’t let that decision sway your voting. I could just as easily enjoy myself being a healbear as a hurtbear. 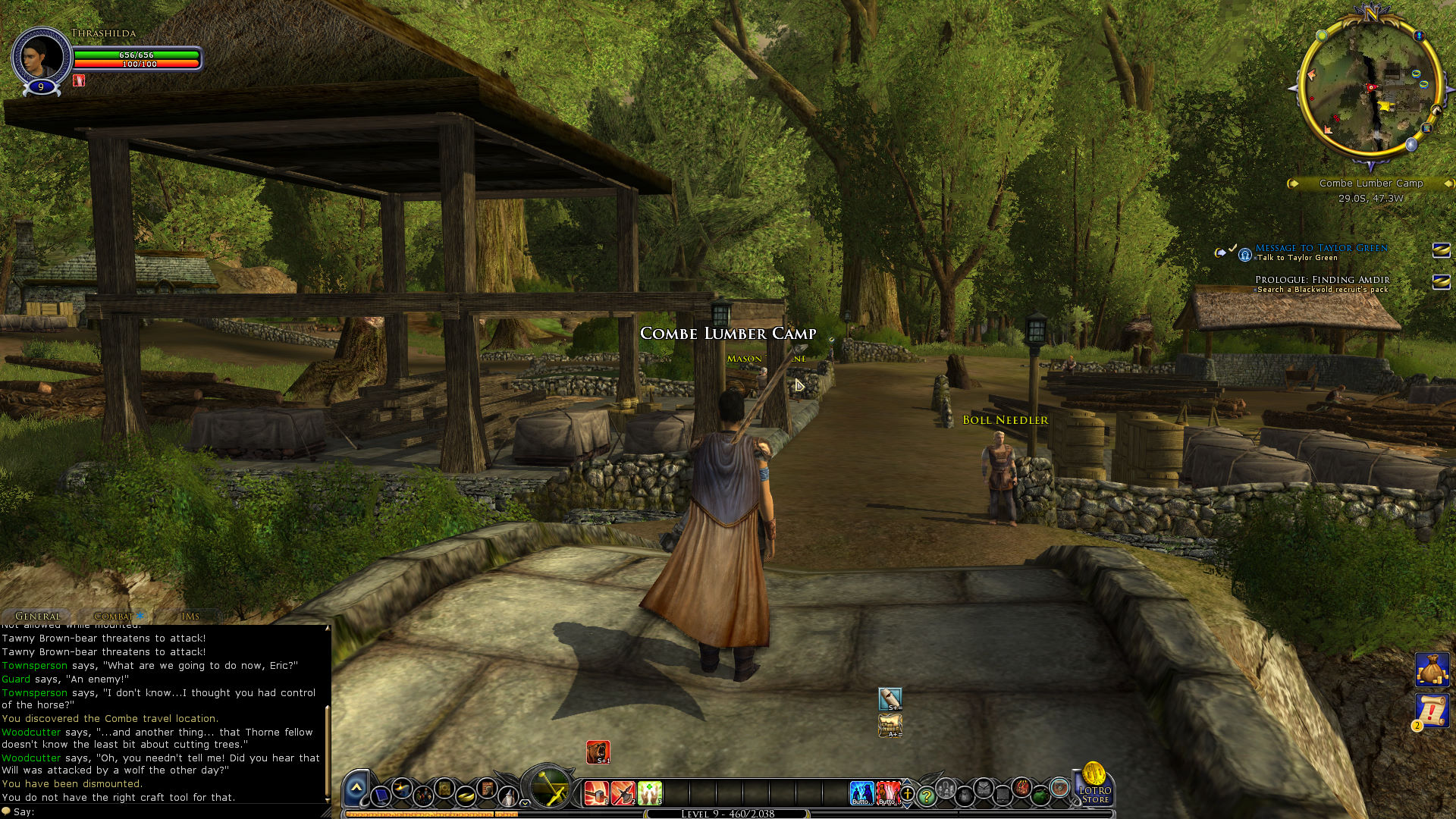 As per usual, polling will close up at 1:00 p.m. EDT this coming Friday, October 8th. I think I can stand to play this a bit more before polling wraps if only to try to get further along. This game already feels like it’s going to be a bit of a slog and I really shouldn’t tarry too much.