Echoes of Prophecy rolled out to Neverwinter players last week, bringing the first third of its fall campaign and the launch of its new battle pass as well. But Cryptic and PWE are already shoring up some of the issues the release introduced.

END_OF_DOCUMENT_TOKEN_TO_BE_REPLACED
“The items Glistening Lion’s Attire Package, Neverwinter’s Standard Artifact Package, and Jewel of the North Artifact Package have been temporarily blocked for reclaiming in the Reward Claims Agent while we investigate and resolve an exploit,” the studio announced last night. “We expect them to be reclaimable with the next update. They can still be individually claimed, once per account, from the Echoes of Prophecy campaign.”

Cryptic also says that the upcoming patch will address rewards claiming, Kavatos NPC bugs, and artifact and emblem equip bugs, plus it’s looking into reports of problems. It won’t, however, be fixing what it considers not to be bugs – and those include account-wide progress, the fact that the “Hawk and Doohickey cannot be used at the same time,” and once-per-account reward claims.

We spoke with Cryptic about the update as well as the battle pass in an interview last week; the studio updated its content roadmap as of this morning, with milestones through December… and an unnamed new module coming in January. 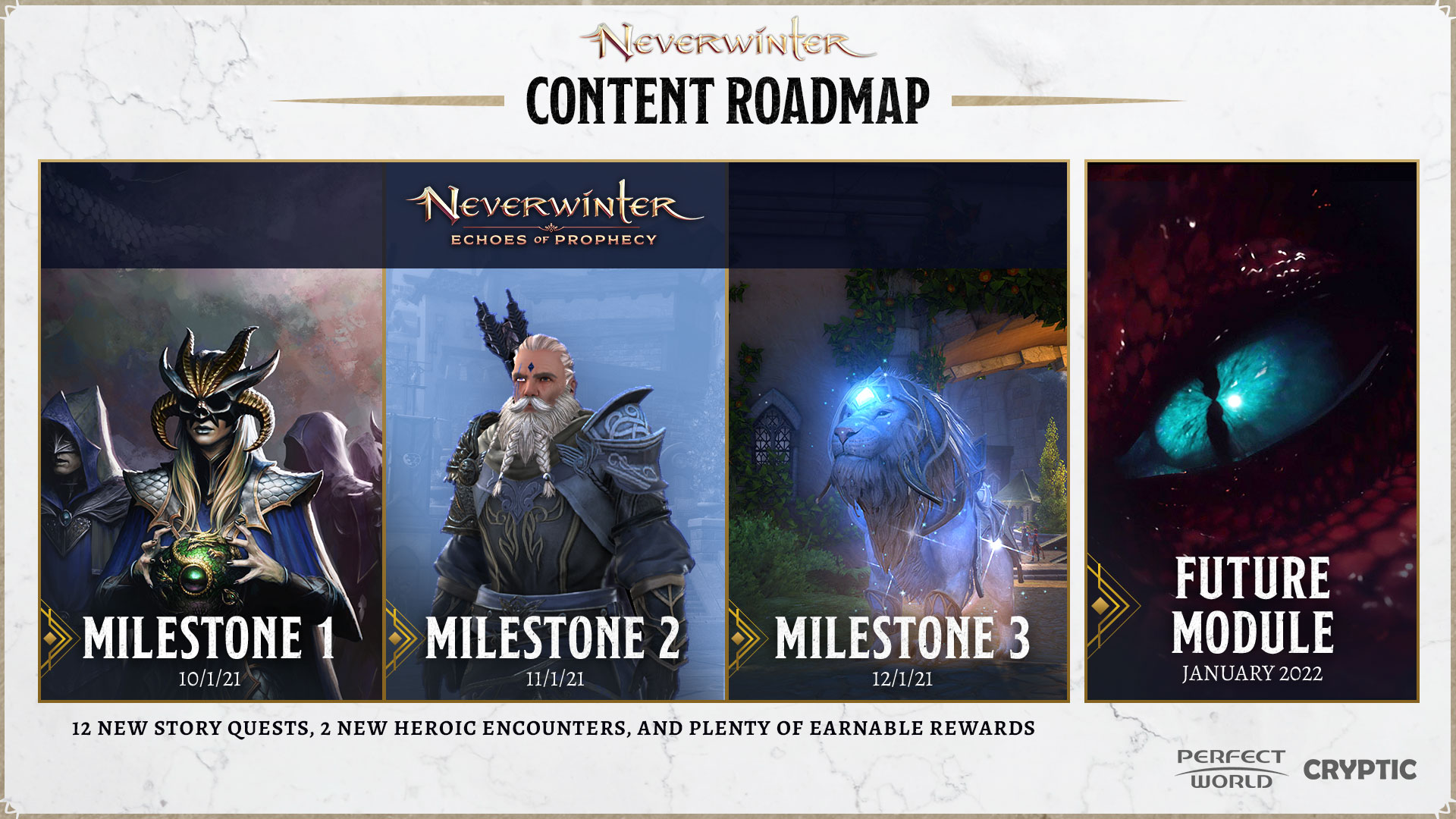