With DC Universe Online having released its House of Legends update this past August, it’d be easy to assume most players are curious about what is coming next for the superheroic MMO. That’s where the latest development update post comes in, offering up some early details about updates from December and into the first half of 2022.

END_OF_DOCUMENT_TOKEN_TO_BE_REPLACED

December will introduce Episode 42: Legion of Doom, which brings another multiverse level threat in the form of the returning Lex Luthor, the formed Legion of Doom, and their recently freed benefactor Perpetua, who was released from her imprisonment when the Source Wall was damaged. This new episode will include a new open world area set in Washington, D.C., a duo, an alert, and a new large raid promising four boss fights.

The next episode won’t be the only thing happening over the course of the next few months, as the devs will continue to adjust content scaling for the current episode, with tweaks to target combat scaling, early endgame buffs, and other combat matters when players take on scaled On Duty content. There will also be work on the UI for Doctor Fate’s daily rewards and Allies, and some backend work that promises to make updates arrive to the game faster over time.

Moving forward into next year, players will have the game’s anniversary event in January, two more episodes in the second quarter and later in 2022, and a variety of seasonal events like the Valentine’s Day event, St. Patrick’s Day event, and events for the spring and summer seasons. The next development update will be coming in January, where the devs promise to “really let loose about 2022.” In the meantime, the current calendar of updates can be seen below. 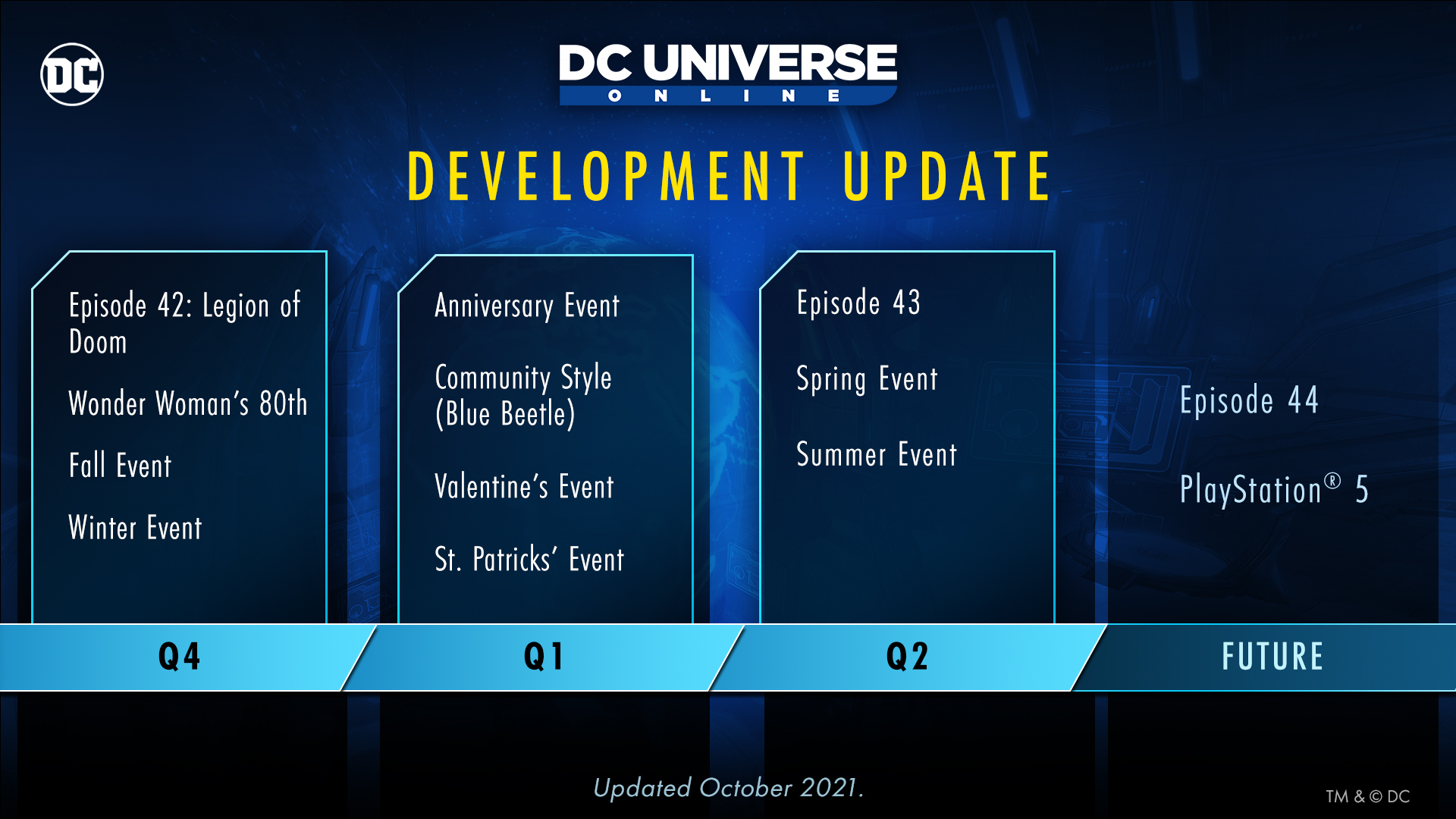 Wait, they’re just now getting the Legion of Doom?