When I heard that Amazon Game Studios was releasing an MMO, my plan was to watch from the sidelines until such time that all the bugs were worked out and all the hype had died down. I hadn’t followed the New World pre-release news especially closely, and the early streams I saw did not strike me as overly interesting. But as the fateful day approached, I fell victim to the dreaded FOMO, the bane of every gamer.

It’s been a long time since I’ve experienced an MMO launch day. Not since The Elder Scrolls Online in 2014 have I battled the dreaded starter area masses competing for quests and resources. Truth is, lately I’ve been a bit burned out on the fantasy genre, as evidenced by recent forays into Elite Dangerous and EVE Online. Could New World once again ignite the spark that drew me into fantasy MMOs? While the jury is still out on that specific question, I did find much in New World that piques my interest, and I’d like to talk about that in this edition of Vitae Aeternum. 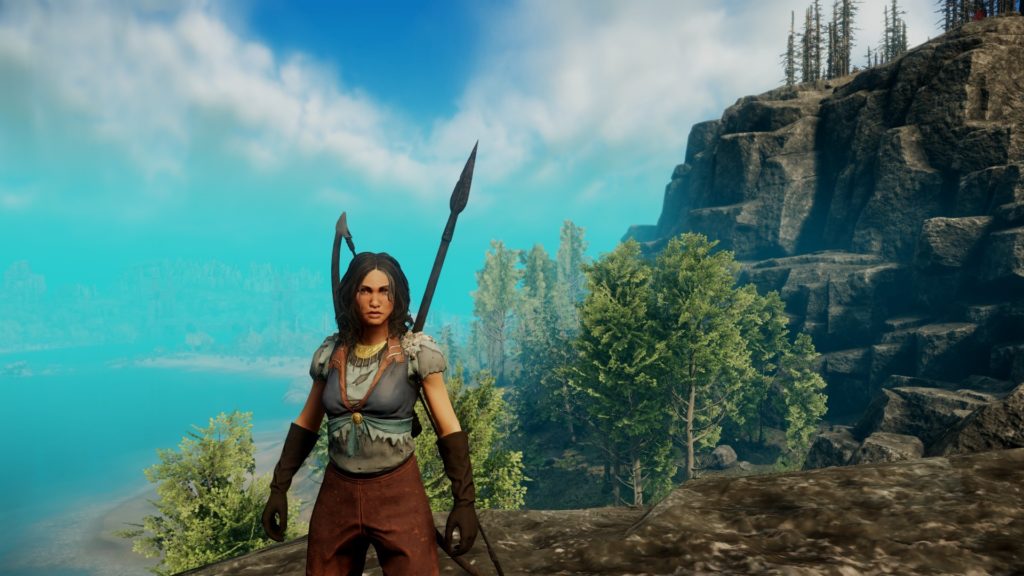 With the distance of seven years and the benefit of rose-colored glasses, I do not remember waiting in a queue to play ESO, but I very well may have. One thing is for sure, I’ll remember the queues in the first week of New World!

On day one, I was somehow fortunate to create a character on the server most of my MOP cohorts had settled on. Shortly after, the queues started up, and I was unable to log into that character for another full week. So, I rolled on one of the new servers Amazon spun up to handle the overflow and was able to “practice” on that server until the queues settled down again.

I can’t add much to the queue conversation that hasn’t already been mentioned except to say that I still don’t completely understand the rationale of going with separate worlds instead of mega-servers. Maybe there was some reason behind that decision that Amazon is not sharing, but it seems like a regressive step in MMOs and one that may have contributed to the queue nightmare that dominated headlines for much of the game’s first week.

Once inside the game, I was treated to a stunning visual and audio experience. The sound effects, particularly, stood out as a stellar sonic treat. Distant gunshots echo through the woods. The distinct tink, tink, tink of a pickaxe striking metal deposits fills the air. A tree can be heard falling nearby. In town, a merry little tune that reminds me of my time in the LOTRO Shire plays in the background as crowds gather around crafting stations and trade hubs. Even the crafting sounds are distinct and satisfying.

As far as eye candy goes, orange sunsets illuminate particles floating among the tree branches, shadows of clouds pass along the ground, and logged trees fall to the ground after being chopped off at the base. New World makes an astounding first impression even when compared to other modern MMOs. 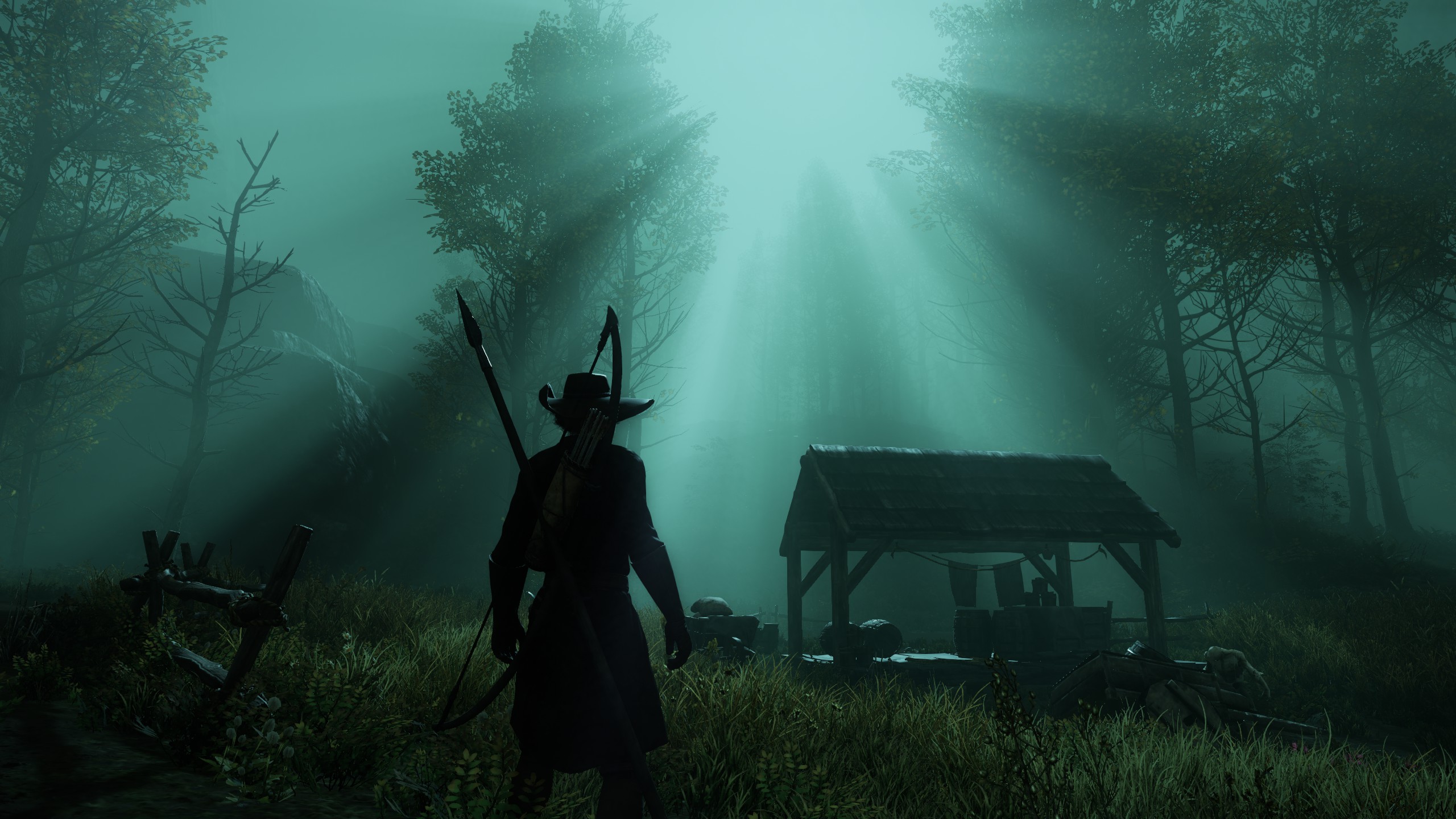 Questing uses standard MMO mechanics. Much of it relies on the hub-and-spoke design, with quest-givers concentrated mostly in cities settlements. While many of the combat mechanics are reminiscent of the Elder Scrolls Online, the questing, in particular, does not feel as organic or linear. ESO excels at feeding the player breadcrumbs along the way; New World questing feels much more old-school by comparison.

New World also borrows the Bethesda staple of allowing the player to discover pages of lore books throughout the world to lend exposition to quest lines and area lore. However, pages in New World are not tucked away into safe areas to allow players to peruse the text at their leisure, as they usually are in Elder Scrolls and Fallout titles. Often, the lore books are placed smack-dab in the middle of a mob spawn, making it difficult to consume the extra information.

The combat in New World is essentially the same as the combat in Elder Scrolls Online. There are small differences, such as the elimination of race and class abilities, but by and large, it’s identical, or at least heavily borrowed from the groundbreaking action combat adapted from the single-player Elder Scrolls series into MMO form.

However, with only three active abilities per skill bar, New World requires even more repetitive mouse clicking than ESO. Limiting the weapon skills to three does allow New World to take advantage of keys Q, R, and F instead of the first five number keys that ESO uses by default. This puts all weapon abilities within proximity of the movement keys, resulting in even better combat flow and faster access to skills. The trade-off is fewer skills and less in-combat complexity than in past MMOs.

As an ESO player and one of MOP’s own ESO columnists, I frequently found myself reaching beyond the “R” key in order to hit the more familiar “4,” which only resulted in my character enjoying a hearty snack while absorbing a flurry of enemy blows. Simple attacks and blocks are identical to ESO’s, while dodging is limited to the “shift” key instead of the more engaging double-direction tap from ESO. Much of the PvP and PvE combat success seems to hinge on the weapon combination, as currently, some weapons appear to be much stronger than others.

Crafting in New World is still a bit of a mystery to me. Not that it’s difficult to understand how to craft; I’m just struggling with why you should craft. This feeling is complicated by the fact that it’s an enjoyable pastime. Even fishing, which I typically avoid like the plague, has been designed in such a way that feels both rewarding and engaging.

But beyond the pure satisfaction of being able to make your first set of iron tools, the purpose of crafting eludes me. My experience thus far has been to level gathering to the point that you can craft a few green on-level items, which will soon be replaced by a better world drop or quest reward.

The economy for crafted gear also appears to be non-existent, at least at the low-to-mid levels. MMOs like EVE Online have long since cracked the crafting/economy code by ensuring that PvP results in destructible items, driving a constant demand for more of these machines of war to be created by players. But with gear and weapons that are easily repairable, where will the demand for continued crafting come from? Once everybody has uber gear of uberness, what keeps the market moving? So, while I’m still reserving judgment for the moment, I’m not entirely convinced that this incredibly robust (and fun) crafting system that Amazon has created will have any long-term value.

I could spend a section in this column on PvP, but I won’t because I haven’t done any PvP. In fact, I probably won’t do any PvP. Honestly, I don’t need to. I’m finding plenty of enjoyment wandering around the world, uncovering new weapon skills, following the storyline, and gathering materials. Whatever design decisions Amazon has made that I find of-putting, it’s succeeded in creating a beautiful, enjoyable, and affordable MMO and that fact shouldn’t be overlooked.