On our side of the pond, the exploits of various popular video game companies and their founding are well documented. But when it comes to companies out of the USA, their origins are a little more obscure in the English-language press. Even Black Desert and EVE Online company Pearl Abyss, which is arranging itself to make a big splash in the next few years with a trio of upcoming games, seems to have an air of mystery around it.

It’s pretty difficult to find information on the company because most of the information is in Korean, and the information we typically hear as gamers might not always be reliable. So I went right to the source: I asked Pearl Abyss a bunch of questions about its corporate history, its founding and origins, and insight on its development technology. So for today’s edition of Desert Oasis, we’ll peel back a layer on the origins of the company, along with some insights offered in the interview.

If you’ve ever played Continent of the Ninth Seal (C9), Ryl Online, or R2 Online, then chances are that you’ve played a game developed by Pearl Abyss founder Kim Dae-il. While he was respected in Korea for his work, he wanted to make a game that he wanted to play. At the time, he worked at NHN games (now Webzen), which apparently wasn’t as flexible with the design work he wanted to do, and so he took a risk: He left Webzen to start Pearl Abyss with seven other developers to begin work on Black Desert Online and its engine.

His vision was a company where the work atmosphere was centered on the developers. He felt that developers didn’t always get the recognition they deserved. (Whether or not that’s still the vision in practice is up for debate, but it’s there in the origins of the company, anyway.)

Of course, Black Desert Online and a whole new engine is going to cost a whole lot of money. So they needed some capital. To convince the venture capitalists, they focused on two things: innovation and technology. According to Pearl Abyss, a new MMORPG alone wasn’t going to be enough to convince anyone to deliver a massive cash infusion, but developing the engine was a key part of getting the funding the devs needed. And they found it in Robin Jung from LB Investment. Jung eventually became the CEO of Pearl Abyss, and it was during his watch that PA purchased CCP, EVE Online’s developer.

I asked PA’s reps if they had to show any proofs of concept, and they said that the initial mockups the devs shared with investors were actually “not very different from the current game, though there were definitely lots of evolutions and changes in details.” But at the end of the day, it wasn’t really the concepts or mockups that ultimately secured the money. The investors trusted the original seven members of Pearl Abyss to make their game with the engine.

Timing is always important, no matter the industry. And even with the funding and a strong team behind them, the winds of change in the industry had already taken hold: Pearl Abyss entered a market were Asia was pivoting into the mobile market. (We all know how that’s going!) But Pearl Abyss had a clear goal: get a PC game to market with an engine it had developed.

While Pearl Abyss did eventually break into the mobile market with Black Desert Mobile, the early years were focused on getting Black Desert Online out of the gate and in front of gamers. Despite the scope of the project, the game needed only four years and 10 million dollars. (For comparison’s sake, Star Citizen has been in development almost a decade and has raised nearly $400M in crowdfunding alone.) Considering PA’s novice status as a company, the scope of the project, and the market’s focus on the mobile space, I’m pretty sure those devs were motivated to get this project launched as quickly as possible. 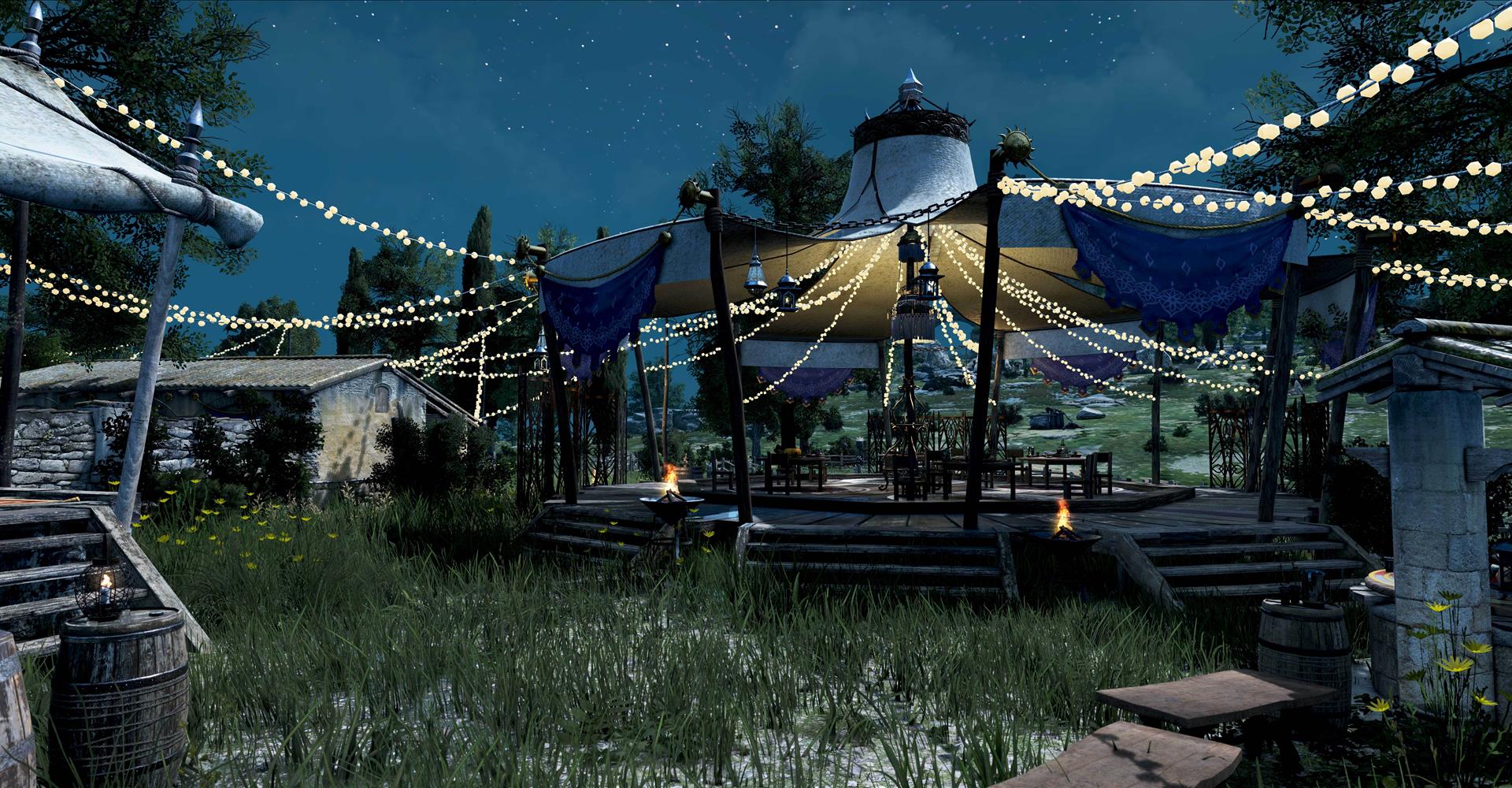 One interesting bit I learned from this interview: how Pearl Abyss approaches updates and adjustments. “When we made decisions about a game feature or system, the conclusion we got was always the same – let’s just make it and see what happens,” PA’s reps explained to me. “Sometimes we’d make something we didn’t feel was good enough, but we found every step in the process was helpful to us in the long run.”

Many players have always felt that when it comes to balance changes to classes, it seems as if Pearl Abyss doesn’t fully understand the effects of its own adjustments. Guess that was the plan all along! Those updates, good or bad, were central to the process. In fact, PA believes that philosophy is a key component of ensuring Black Desert Online’s success.

“Making an efficient development system was vital for the success of the game as well since the volume of the updates during live operations is a large undertaking. Fast and constant content updates are possible because of the development system we built.”

This reveals so much about the studio’s development philosophy. And while some people might see this as haphazard, I see the opposite. The steady stream of updates means that players will always have something to do. From the high-end PvPers to the log-in-once-every-few-days player, we can be sure that there’s something to keep everyone occupied.

The last thing I asked them was on the Pearl Abyss Engine. In the era of Unreal Engine 5, Unity, and Amazon Lumberyard, there are tons of ways to run a game. What’s not often talked about is the Pearl Abyss Engine, which was a central component in ensuring Pearl Abyss succeeded in both getting funding and staying relevant in a competitive market. 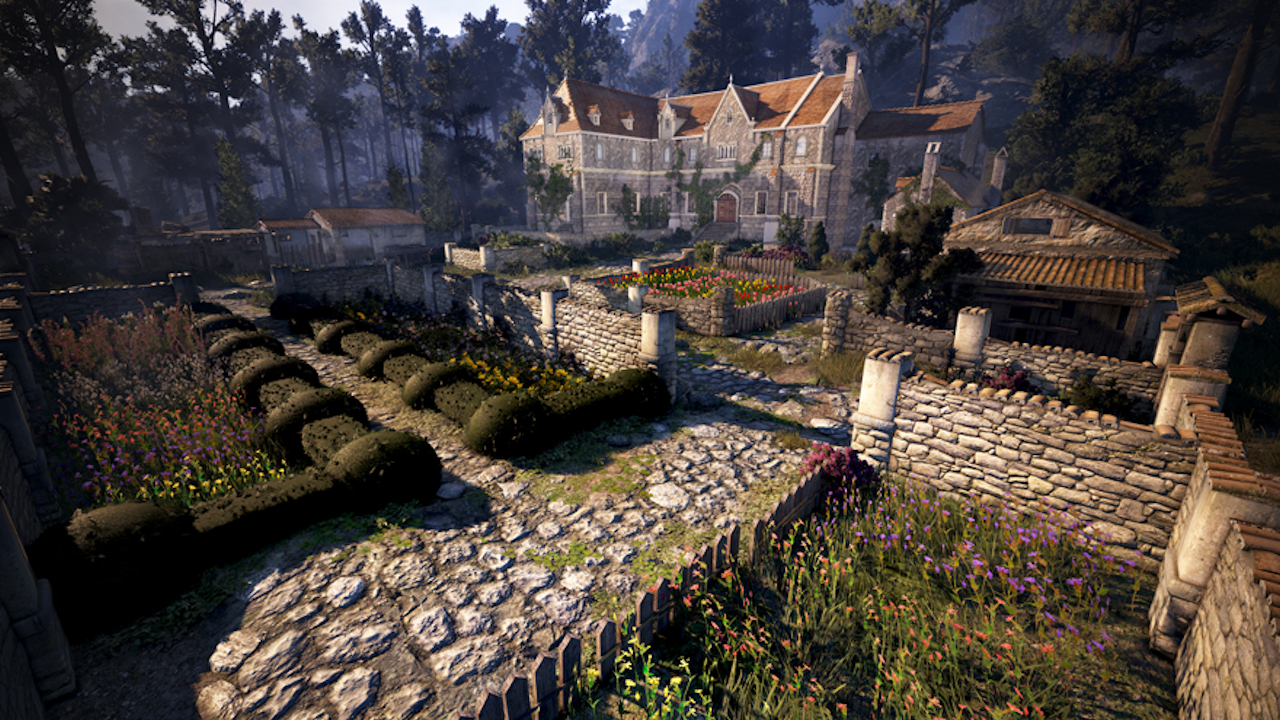 The lead engine programmers are Ko Kwang-hyeon  and Cho Kyung-joon. And because the engine was made in-house by these two, the developers can make adjustments relatively easily – it’s their engine after all. Aside from continually improving its ability to render textures and lighting effects, it’s compatible with many different platforms, and PA has also developed the technology to allow for 5G cloud gaming. I didn’t even know that was a thing. We’ll see the progress it’s made since its initial inception in Doke V, Crimson Desert, and PLAN8.

All things considered, Pearl Abyss had a strong start. It’s been a good 11 years. From the looks of it, things are just going to keep going up from here. Keep your eyes peeled for its next big things!