Remember back in November when Path of Exile announced a tentative lineup of events running over the course of December? While that announcement had dates, it also had a couple of obfuscations since there were going to be all-new events added to the multiplayer ARPG. As of now, that curtain has been fully drawn back and the full suite of events is now on display.

END_OF_DOCUMENT_TOKEN_TO_BE_REPLACED

As noted previously, December will see returning evens like Endless Delves, Royale mode, and Zizaran’s Gauntlet, but there will also be two new modes coming this month: Endless Heist, where players will be leveling exclusively through taking on Heists instead of the campaign between December 17th and 27th; and Delirium Everywhere, which (as its name suggests) covers the entire land in varying levels of Delirium mist, empowering monsters and creating more monster spawns starting on December 31st.

The month of December will also bring a variety of Twitch Drops on the first day of every event on the calendar provided players watch at least two hours of certain streamers and have performed all of the necessary linking between their POE and Twitch accounts. Each Drop offers up some new portal effects. Full details are available on the forums while the full calendar can be seen below. 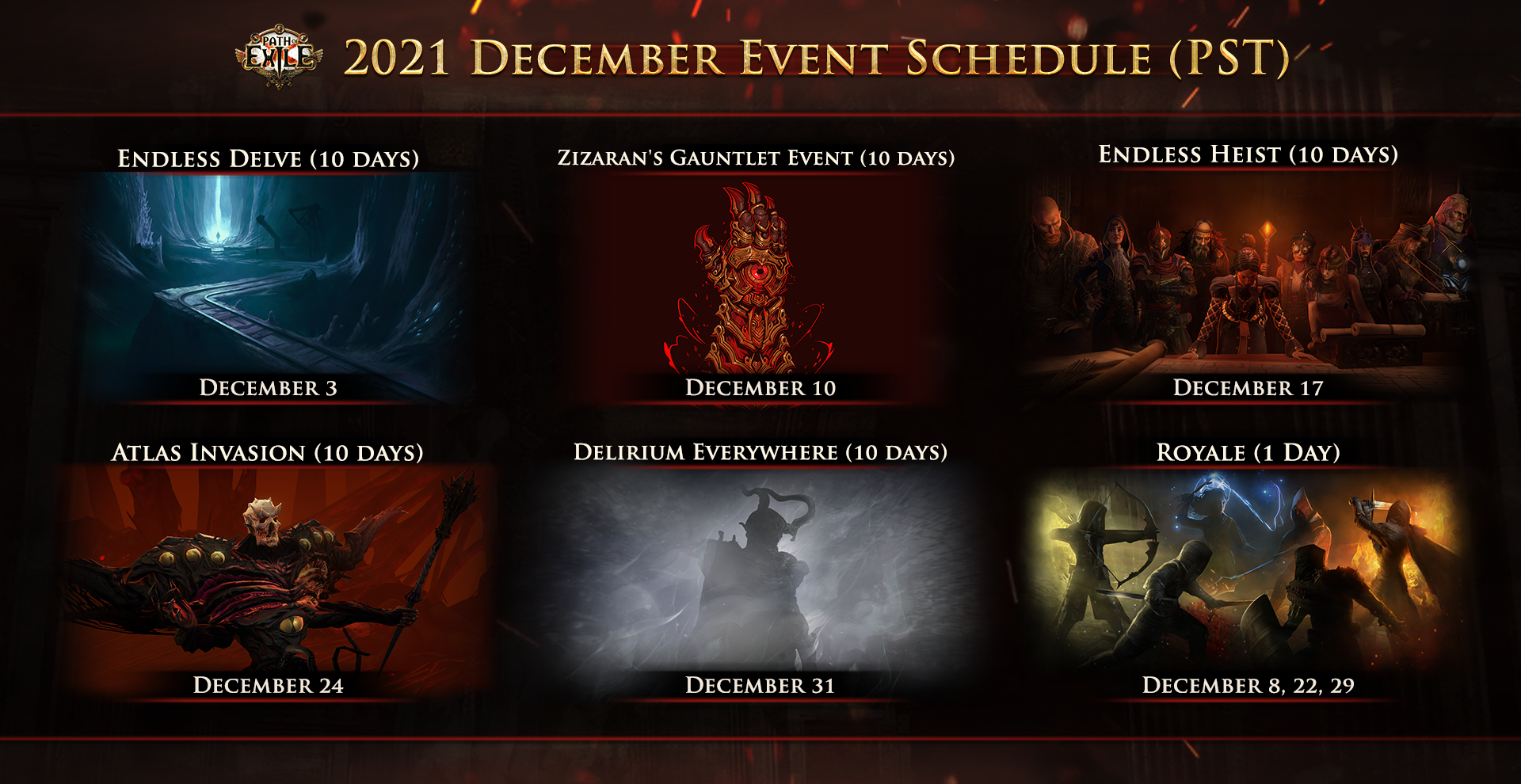