As the long-suffering RIFT community waits to see what may happen to their MMO, they have a couple of distractions to keep them busy during these winter months.

END_OF_DOCUMENT_TOKEN_TO_BE_REPLACED
First up is a Valentine’s Day dimension contest that’s running from now through February 14th. Players are challenged to submit a brand-new housing dimension that’s decked out for the most lovey of dovey holidays. The top three will be singled out for fame and — more importantly — reward packages.

Then there’s the Hellbug event, which is returning “soon” according to a recent newsletter. This crossover event originally was meant to tie RIFT to the now-defunct Defiance. Now? It’s a way to snag a Hellbug pet or mount, including a new variant introduced for 2022. 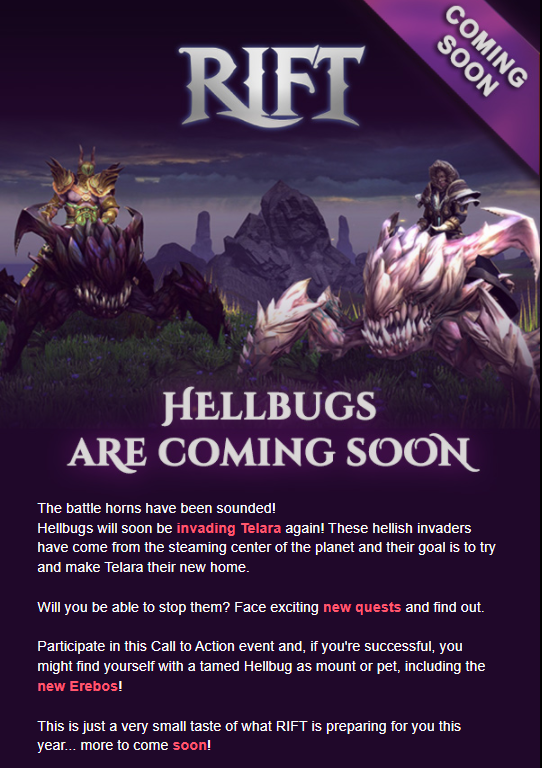 This doesn’t seem to rise to the level of the “great update” that RIFT fans were promised in the first quarter of this year, so we’ll stay tuned along with you for whatever that turns out to be.