Nexon didn’t have the best year, and I feel as if I’ve been saying this a lot with MMO company investor reports the last year or so, but a lot of that’s down to the fact that 2020 was an explosively great year for these companies, at least in terms of “money” and not in terms of “raging pandemic killing millions of people.”

Revenues for Nexon were down 18% year over year at ¥54.3B ($470M US), driven by FIFA Online 4 in Korea as well as Sudden Attack. Dungeon & Fighter incomes apparently took a dip, and MapleStory has been struggling too where once the game was Nexon’s golden goose. (“In Korea, the MapleStory team has been working closely with players to fine-tune the game and monetization strategies for improving user engagement.”) We’ve previously noted that the company also managed to lose $40M just from crypto investments in 2021.

It’s worth a dip into the company’s planned pipeline, which teases multiple incoming MMOs, including Project Magnum, Project HP, Project ER, and Mabinogi Mobile, as well as Embark’s Project Discovery and Arc Raiders virtual worlds. Last quarter, Nexon announced a partnership to build a new Warhammer Age of Sigmar MMO as well, a move mentioned only in passing in the published presentation. 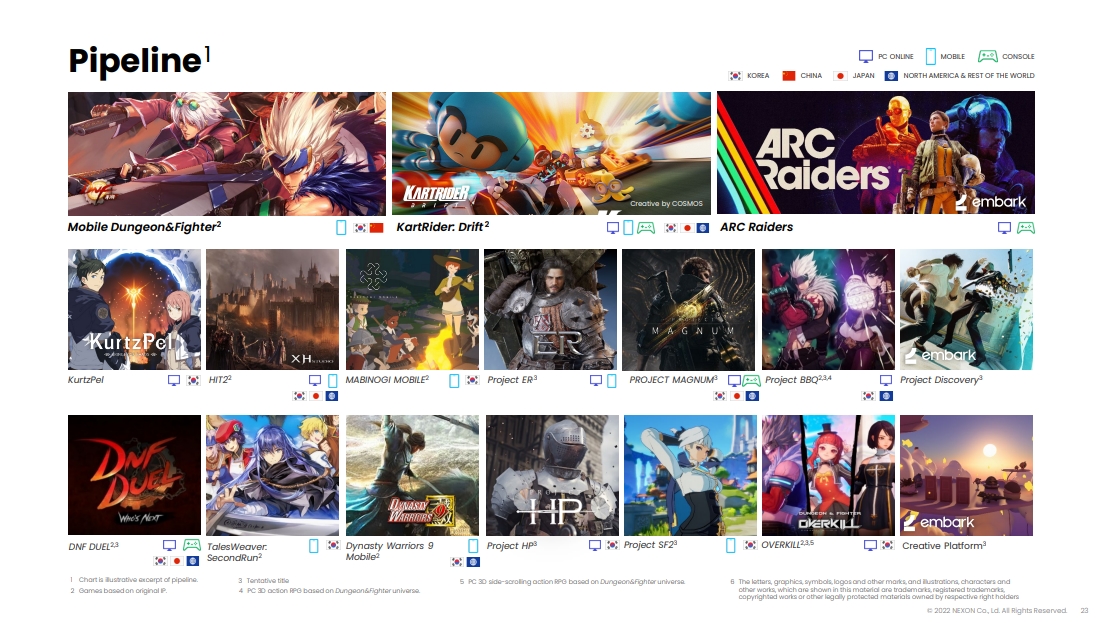