END_OF_DOCUMENT_TOKEN_TO_BE_REPLACED
Who likes roadmaps? Everyone, actually. And thankfully, Daybreak’s Dimensional Ink has just this week produced one for DC Universe Online. While players and look forward to the usual events, a new time capsule, a new ally, daily rewards, and custom play in the near future, the key takeaway is that Episode 43: Dark Knights is launching in April as the “explosive conclusion” to the ongoing plotline, complete with open world missions, a duo, an alert, and a raid.

“Perpetua has escaped the Source Wall and is remaking the Multiverse, destroying good worlds and siphoning power from evil worlds. She has turned The Batman Who Laughs loose to create his own twisted realities. And with this kind of power, nothing and no one can stop her. That’s where you come in. A desperate alliance of this world’s heroes and villains are meeting in a battered Washington D.C. to plan an attack against Perpetua and her sources of power. Stand and fight, or all worlds will fall. DARK KNIGHTS is a direct continuation of the stories told in LEGION OF DOOM and a conclusion to the events that began in METAL PART I, METAL PART II, BIRDS OF PREY, WONDERVERSE, and HOUSE OF LEGENDS.”

Dark Knights will be followed by Episode 44 this summer; expect 45 in the back half of the year, along with the native PlayStation 5 client, a new lair, a new seasonal event, and the new feature system Daybreak’s being mum about. 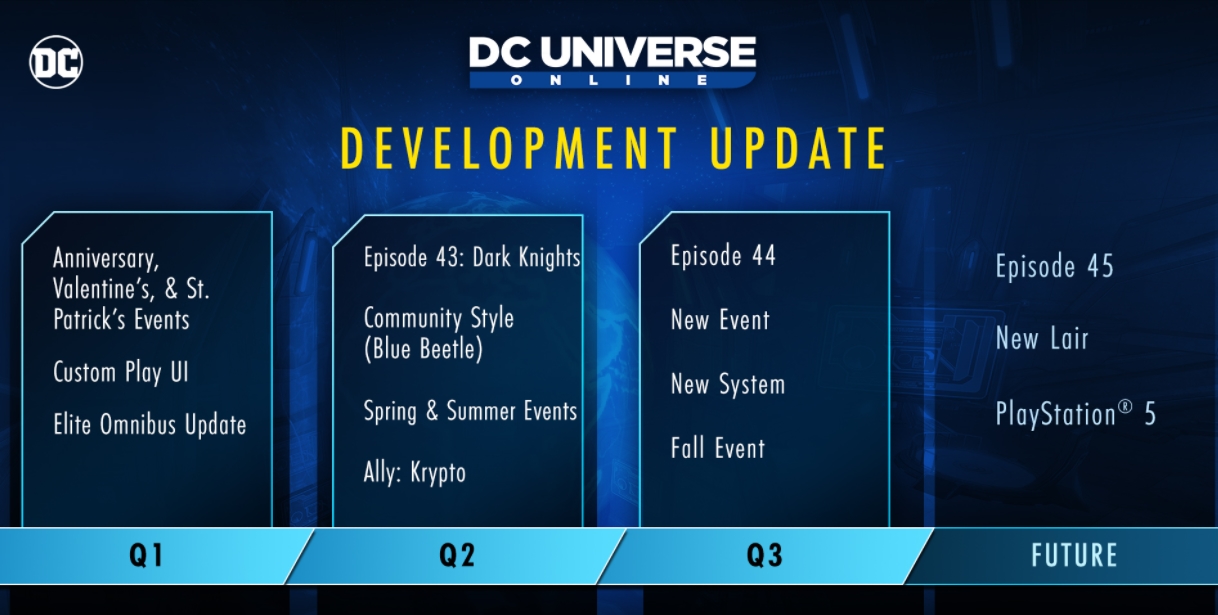