Niantic recently revealed that Pokemon GO’s Season 10 will be a bit different. For those of you who’ve forgotten, POGO PvP leagues work both off a ranking system and a rating system, forcing players to participate in a certain amount of games per season to re-earn their potential rank (which dictates the rewards available to them per set of 5 matches), but it also leaves the opportunity for them to gain or lose rating they might otherwise barely maintain.

This means that season 10 will see no rating system, no post rank 10 ranks, and most importantly no new mechanics or move rebalances. We don’t know how this might affect rewards, but there are a few things I’d like Niantic to take a look at while things are on hold. 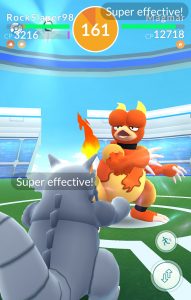 Admittedly, Niantic’s gotten better at balancing types. Poison’s been doing better, and Bug’s gotten some love. This is partially thanks to the move rebalancing, but it’s also been a way Niantic’s addressed certain weaknesses of whole types.

As The Pokemon Company doesn’t seem to want Niantic to create new moves/types, POGO’s devs are in kind of a tight space. Nowhere is this more obvious than with the Fairy type, as many Fairy-types who don’t learn Charm, POGO’s sole Fairy-fast move, in the main series are often rendered useless due to the lack of a same-type fast move. Worse, because they have only a single move, Fairy varieties tend to always feel slow and steady, with few exceptions from pokemon that have other typing options. I’m hoping that during this break Niantic can see in certain cups how this restriction affects these pokemon – that it limits pokemon options but also limits entire types.

While I get that Niantic wants people raiding to help pay for the game, reward pokemon often feel either great or awful in general, but that’s not always specific to PvP. While the reward pokemon this time felt generally relevant, Niantic’s theme inclusions often feel like booby prizes, which sucks when you either need to win 3/5 matches or pay about $1 US and win a match for something as useless as Pyroar.

This was felt even more in season 10, as the legendary pokemon encounter odds were nerfed. It’s not just that these odds helped motivate non-PvP players to participate in league battles; it’s also that especially when new legendaries were more useful in PvP than PvE, it helped steer the overall meta and “gear” newer players so they could participate on a slightly more even playing field.

And it’s not just legendary pokemon. Consider new, PvP-oriented pokemon, such as when Jellicent’s base form, Frillish, was introduced. Since it was a strong PvP pokemon, having access to it via PvP rewards gave everyone, vets and newcomers alike, a reason to play. Collectors could jump in too, as males were largely restricted to PvP, but this also gave the PvP crowd a “currency” with which to trade more pokemon that had previously been restricted to raids.

Master League Classic, which restricts players to level 40-max pokemon, is more or less fine as at this point, getting enough rare candy to power up even new legendaries isn’t too hard, but the IV placements are. Master League Premier Classic is in a better place as it cuts out the legendaries as well. The thing is, Master League in general is where not only power players but spoofers and general cheaters shine the brightest.

Let’s start with Master League. Powering up a Pokemon to level 50 is a lot of work. In fact, I’ve only just gotten my perfect Blissey to max level. Blissey is a rare pokemon that requires it to be walked as your buddy 5km to generate 1 XL candy, or 2.5km if you used the premium Poffin items. You also have a chance to gain XL candy from catching or hatching Blissey or members of its family, but until recently, that was rare. Trading also gives you an opportunity for this, and the current season has guaranteed you to get 1 XL candy every time you trade a pokemon, and with recent events featuring Blissey, it really helped me finally cross the finish line. Getting to the Best Buddy rank with my pokemon took a few weeks of work, but even with all the current XL candy bonuses/features, it’s taken me over four months to max out my Blissey’s level.

And that’s just a rare pokemon. Legendary pokemon must be walked 20km (10km with Poffins), do not spawn in the wild, generally require groups to have a chance at catching them once per day (more opportunities cost money/coins), and you can only trade one legendary per day, seriously hampering a player’s ability to quickly power up said pokemon.

Yet, Master League has a noticeable dose of max-level, Best Buddy legendaries, including recent ones, thanks to the ability to trick the game into thinking players have walked far more than they actually have. These pokemon aren’t everywhere, but they’re common enough that I’ve encountered these players in the short amount of time I play Master League each season before giving up and waiting for a more balanced cup to arrive.

To give some perspective on the amount of work this takes just for walking a pokemon, I generally walk at least 6km per day, often closer to 10, which would be barely far enough to get 1 XL candy from a legendary pokemon while using a Poffin (which are premium items/rewards). However, you need 296 XL candies to max out a pokemon’s level (not including purified or shadow variants).

When I group with random players for raids, the new end of raid walking achievement will sometimes be awarded to people who “walk” over 200km per day. That’s roughly 124 miles, which means said person would need to be walking almost 8 miles per hour for 16 hours a day. Unless you’re a major athlete, normal people aren’t doing that, yet even though I immediately remove these people from my own friend’s list, I will encounter one of these players at least once a week on average, and I am not a daily raider.

Master League Classic and Premier are less affected, as rare candies alone can be used to power up pokemon, though I know a few people have admitted to abusing the game’s walking counters so their rare candy stashes won’t get hit so hard when new (or newly relevant) pokemon hit the scene.

Part of me feels like this is a sign that Rare XL Candies should be given out more freely so that spoofing is a bit less meaningful. However, that may also affect Niantic’s bottom line and player motivation. Perhaps if Niantic boosted pokemon IVs and levels to their max in Master League, it would not only level the playing field but make spoofing a bit less profitable. However, to motivate players to keep raising those perfect ‘mon, Niantic could make fully powered up pokemon eligible for further customization, which would help not only the PvP crowd, but veteran raiders who have had serviceable teams of nearly the same pokemon for several years now.

No matter what Niantic may do, my hope is that Niantic continues to improve its ranked PvP scene. I may have a lot to complain about, and PvP ladder matches aren’t my favorite gameplay mode, but I can appreciate the mechanical improvements we’ve seen since Niantic changed formats in its Go Beyond Update. I’ve been reasonably happy from a casual perspective, and hope this trend continues, especially if Niantic is finally looking at how it can finally introduce Mega Pokemon into league play.