Old School RuneScape has several different teams working away on updates to the MMORPG, and the recent Gielinor Gazette has provided a roadmap for a variety of upcoming content features that these teams due are trying to release over the course of the next few months.

At the top of the heap is the Guardians of the Rift runecrafting minigame and its related Temple of the Eye location, both of which are set to arrive on Wednesday, March 23rd. The devs also plan a public beta of rewards for the recently added PvP arena in late March, and plans to launch the Beneath Cursed Sands desert quest line, which will add a world map change, new foes, and a new area sometime in April.

Further down the pipeline are updates like the Tombs of Amascut raid, Easter and birthday events, changes to the new player experience meant to help returning players get up to speed and guide new players towards certain goals, and the hint of another new skilling activity update. A full rundown of these previews can be either read on the news post or seen at-a-glance in the roadmap image below. 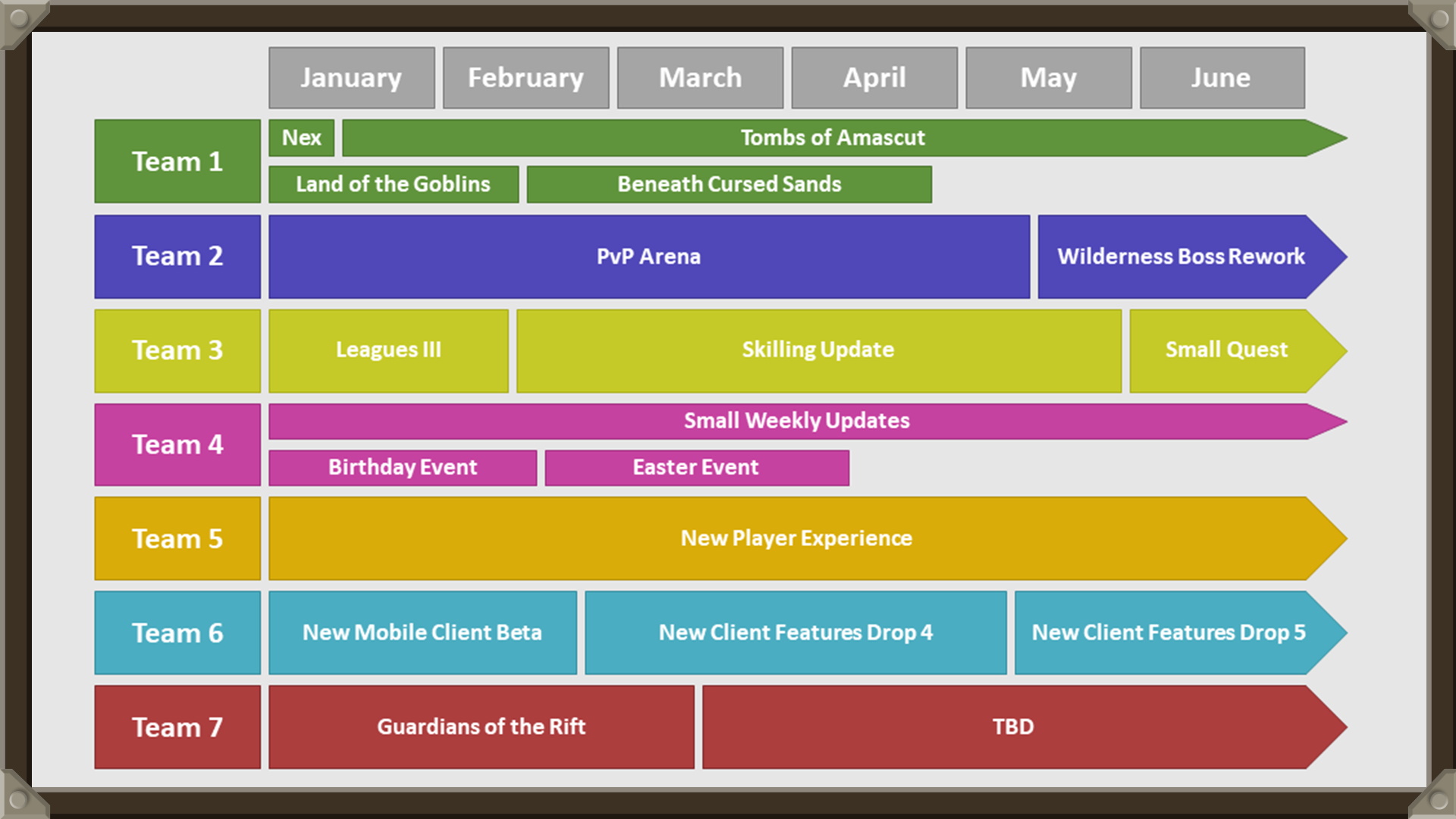