As promised, Embers Adrift’s beta is live as of today for preorder players, concurrent with the removal of the NDA.

“Stormhaven Studios is excited to announce that Embers Adrift will officially enter closed beta testing on March 1st, 2022. Starting in March testing times will be expanded to Friday 12 pm CST / 6 pm UTC through Sundays 11:59 pm CST / 5:59 am UTC, unless maintenance is required, as well as our normal Wednesday test with the devs starting at 8 pm CST / 2 am UTC.”

During this leg of testing, developers say they will be “moving from an emphasis on systems over to content as our main development focus,” and these beta servers will be wiped prior to launch, so expect to be doing actual testing, not just previewing. The game’s Discord features multiple events for testers over the course of this week. 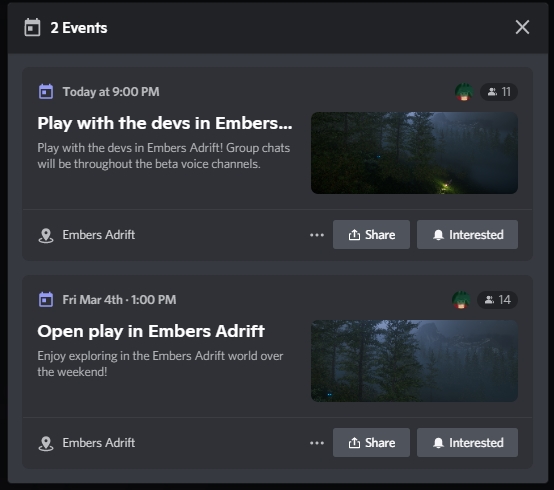 Worth noting is that alpha packages – and their associated preorder items – are no longer available, but the beta package with closed beta access and a month of free game time when the game launches later this year is still available for $50. While that’s the only way in right now, the Stormhaven has previously promised stress tests along the way, which will be open to non-backers.

We have made our Discord server tidy & welcoming for the BETA starting today.

Readers will recall that Embers Adrift was originally the crowdfunded group-centric throwback MMO called Saga of Lucimia; it rebranded as Embers Adrift following the bizarre departure of its original founders last year.