With Fractured Online’s indefinite closed beta underway, developer Dynamight has released a new roadmap that should take testers and backers all the way through winter 2022, when the game is still expected to launch.

During the remainder of spring, players can look forward to additional beta content including leaderboard, localization for French and German, and seasons, followed by a whole new planet come summer: Arboreus. Summer will also bring the Wildfolk race, asteroids, endgame PvP, and the diurnal cycle. Playable demons, religion, and another crafting expansion are due out in the fall, and as for winter? Well, Dynamight isn’t revealing everything, but it does say all its core planets will be in by then and players can expect an unnamed new feature too.

MOP’s own Chris Neal spoke to Dynamight’s Jacopo Gallelli last week at the launch of the closed beta; Gallelli went in detail on some of these planned features, perhaps most interestingly the asteroids, which are open PvP instances accessible on a rotating basis. He also reassured us that the newly expanded team – benefiting from Gamigo’s publishing funding – will be able to get the playable Wildfolk and Demon races in on time. 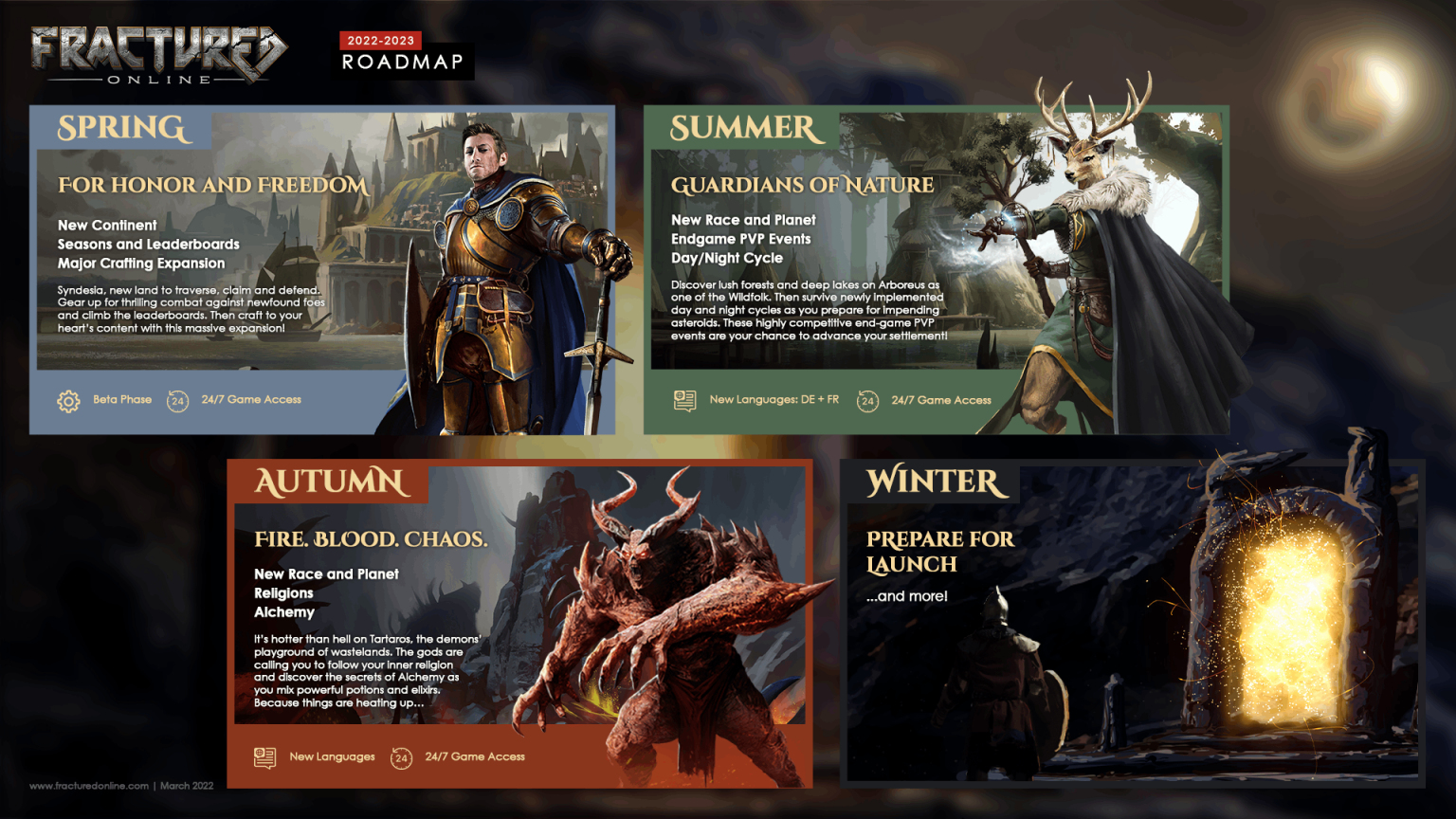