Earlier this week, Niantic announced its next location-based game coming to some countries later this month: Peridot. It’s about finding and raising virtual pets and may turn out to involve NFTs. Did that set off any alarms, or at least quick comparisons to Niantic’s only major success story, Pokemon GO? Admittedly, it could be different, as the official page makes no mention of battling, but it does discuss breeding, a feature POGO players have been anticipating since the 2016 release, plus the idea of multiplayer pet play was hinted at in a tweet by Niantic Lightship Senior Product Manager Rita Bhatia.

I won’t lie: Most Pokemon-clone games don’t appeal to me, but being a non-combat, location-based game that’s trying to mimic real DNA mechanics to make 100% unique monsters would pique my interest, were it not a Niantic title. This is the same company that has shuttered more games than maintained them, most being IP-based to boot. It’s burned bridges with fansites and tarnished brand names with the disastrous lawsuit-riddled 2017 Go Fest. It’s provoked boycotts, spurned accessibility advocates, promoted dangerous behavior on environmentally protected land and during a pandemic, and done little to prevent toxic behavior, all in the service of collecting and selling player behavior data.

So I’m wary about Niantic creating a pet-collector game of its own; it seems like a major red flag, for both its relationship with The Pokemon Company and the future of Pokemon GO, though obviously I hope I’m wrong.

Niantic making a new virtual pet game in spite of already having one should be an immediate red flag for gamers and industry watchers, like seeing an Absol before a disaster. MOP’s Justin has talked about how MMO sequels have performed the in the past, and it’s messy at best. As with my beloved Asheron’s Call series, even if there are things better in the sequel, the first game often continues even after the sequels go offline; cannibalizing your own audience is risky, which would help explain why Niantic’s titles keep failing, notwithstanding poor customer care and support.

Does Niantic actually understand this MMO trend? Perhaps not. I recently discussed how embarrassingly inept the April 23rd POGO Community Day plans are, but to summarize how the changes will affect customers, I’ll just reiterate that Niantic’s stated problems very obviously won’t be solved by its proposed solutions. 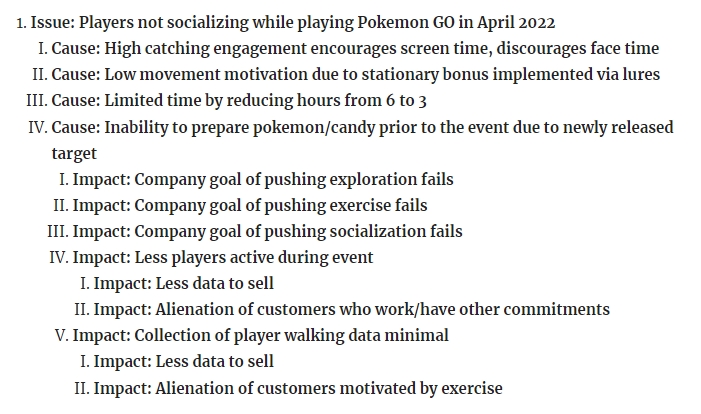 Look no further than 2020’s Mega Evolution debacle. The community outright rejected the feature, and while the initial push improved the situation, it largely failed to entice players. To this day, I still often have to explain the feature’s basics to long-time players. It’s no wonder the system seems to be getting major changes once again. It’s disappointing that ineptitude is the best I feel I can hope for from a company handling a major international IP.

But I also had another thought: What if Niantic is making its own virtual pet game as a way to show The Pokemon Company that some of its ideas would work? While that may seem optimistic, it may not be. I’d argued that Pikmin made sense in Niantic’s hands, as collecting stuff is the one thing Niantic kind of “gets.” While Pikmin Bloom is doing better than the canceled Harry Potter game, SensorTower has the game at 100k downloads and $200k in revenue as of March 2022. That’s double HPWU, but still a far cry from the millions other Nintendo IP games are doing. The simple fact of the matter is that the special ingredient in Pokemon GO is Pokemon, and that Niantic, for all its work outside of POGO, can’t break a million in revenue, with or without IP support.

Again, maybe Niantic wants to show The Pokemon Company it can do breeding, or maybe it wants to do more AR stuff. Press asked Niantic about the former, specifically if the focus on breeding was some kind of “cross-pollination” attempt in a discussion reported by Eurogamer, and it declined to respond. Of the latter, Peridot sounds like it requires AR mode, as the “Dots” (the name given to their digital monsters) eat different food based on the surface of the area they’re on. It’s a big AR camera push, but that’s exactly the feature most players seem to turn off in any AR game.

Part of it may also be further attempts at socialization, as the preview we got had something about showing pictures. Whether or not this is supposed to be like players sharing screenshots in non-native apps (such as general messengers or social media), we’re not sure, but as Pokemon GO doesn’t even allow the sharing of pokemon nicknames among friends, it’s possible Niantic is pushing more share features at the least.

But especially with COVID out and the company heads throwing influencers under the bus to cover its attempts at data manipulation, trying to prove something to the overlords of the virtual pet genre would be like my code-less self trying to build a location-based game to show-up Niantic.

But this does bring up another idea: What if Niantic is in danger of losing the Pokemon IP? Nearly a year after the 2017 Go Fest Disaster, the game finally had both trainer battles (but no battle/PvP league) and trading, features that were in the initial 2016 release teasers. Raids were actually new at the time of the event and mostly seemed like a damage-control feature release as they came out while the event was being reported as a trainwreck. The game actually got better after the disaster, probably partially because the failure occurred in front of The Pokemon Company’s Director of the Board (and frequent composer) Junichi Masuda. If you got booed on stage in front of your boss, you’d probably get at least a serious talking to, if not a hint that your future at the company is shaky.

We won’t go into the whole history of Niantic’s failures here, but large ones that cause community uproar are problematic. It’s one thing when The Pokemon Company is the source of it, like the Dexit drama, but Niantic is very much not TPC. Perhaps the response to GoFest, the loss of Harry Potter, and other issues caused the Niantic execs to conclude that they’d need a similar game if/when TPC finally decided to pull the plug, so they could at least try to migrate players to one of their other games. After all, there’s no crossplay with other Niantic titles despite the cross-game friends list.

It wouldn’t be surprising, either. People called out to TPC during the Pokemon NO campaign when Niantic tried to revert major COVID changes, especially spin interaction radii, in the middle of a new variant’s spike. Many of the changes, especially the spin distance, were quality-of-life changes that made the game playable for certain people, like those with mobility limitations. The hashtag “HearUsNiantic” is still in use to this day as the company continues to botch the initial goodwill it earned at the start of the pandemic, recently with both the nerf to Incense and Community Day. However, some people also mention TPC in their complaints, certainly drawing unwanted attention to the game, and Niantic’s, failings.

I wish I could get excited about Peridot. I’ve enjoyed certain aspects of other location-based MMOARGs, but the Pokemon IP’s draw makes Pokemon GO the easiest game in the genre to meet other people with. I doubt Peridot would be able to compete, but to be fair, even when Niantic’s Wizards Unite first came out, the only aspects that felt better were grouping and far-less aggressive monetization than competitor Maguss. When a cancelled original IP game wows you more than a “AAA” company’s attempt, it may be time to realize that you’re not a AAA company – you’re just rich.

Combined with the absolutely unsafe feeling my adult community has had during various instances of stalking and harassment, making a very kid-centered looking game is a reminder that the company is no friend of the consumer, especially with its use of gambling mechanics and other scummy monetization attempts. The idea that Niantic is even considering NFT use for its Dots, in a game whose marketing heavily features children, only furthers my fears that the company is losing its way.

Niantic is not Nintendo and should have been engaging fans and press like an indie company, rather than trying to dictate what consumers want. Making a game that competes with the best one it already launched looks desperate and unimaginative. I’ll most likely give the game a chance for work purposes, but it seems to me that Niantic itself is releasing a direct Pokemon GO clone, and that’s maybe the most disheartening part of this game’s announcement. Peridot’s got an uphill battle not only in terms of fighting against Niantic’s souring reputation, but looking like the lesser sibling right out of the gate.