I’m not sure that Albion Online is going to sink its hooks fully into me enough that I’ll keep playing after this column, but I have to admit that things continue to feel pretty involved and impressed all the same. I’m slowly moving my way outside of the safety of the starter area (for the most part) and am beginning to root around just a little bit more, pushing my little envelope and building up power.

I have to admit, it took a bit of time for me to get myself sorted out. Generally speaking, this week has been unkind, and by the time I managed to collect myself long enough to make it to the nearest major city, I was so overwhelmed with the number of choices and the mass of people milling about that I instead I just wanted to go to bed. My head was basically spinning. 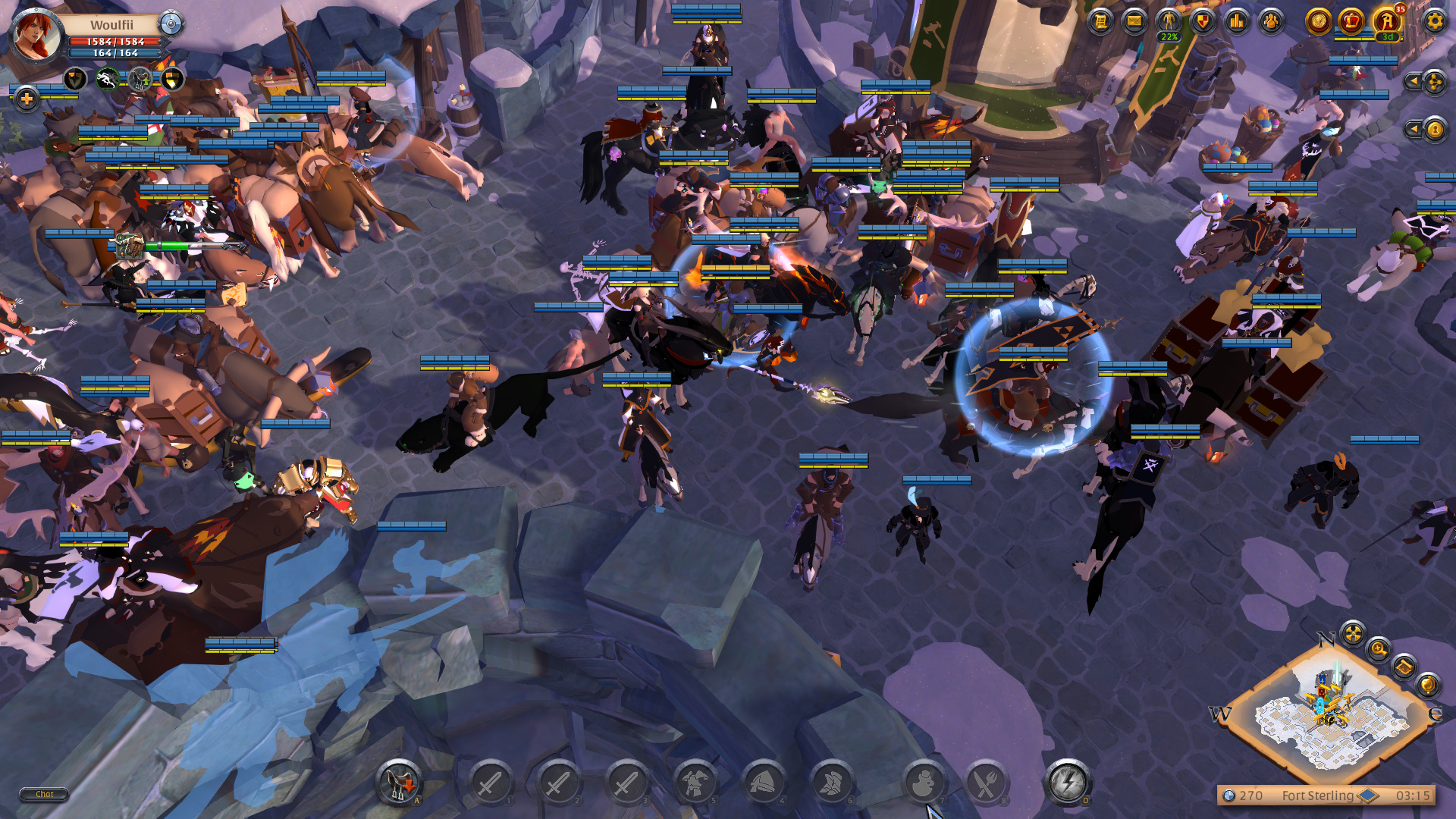 You see, I’m at the point of the game’s Destiny Board where things begin to branch off more and more and enter into realms of specialization. So I had to hunker down and ponder what direction to go to next. The voting from last week definitely helped in that regard (as it generally does), but the voting was also so close that I thought that a quick peek at some other players’ builds would be of worth just to see what sorts of war gloves builds were valued by others. And from what I could tell, most people value ganking.

That doesn’t instill me with a great deal of confidence for later down the line, if I’m very honest.

But that’s a bridge to cross (somewhat) later. I paid close attention to the different kinds of kit I was wearing, looked at each individual specialist piece, and settled on a build of my own. For the most part. Again, my head was kind of spinning with the possibilities.

My head was also spinning with the materials that some of the things I wanted would require. As well as the amount of crafting tree leveling I was looking at. So I had to make a decision: put my nose to the grindstone to hoover up all of the materials I’d need to level up the required crafts as well as make my own kit how I could, or focus on raking in the silver to buy stuff. So off to the silver mines I went. 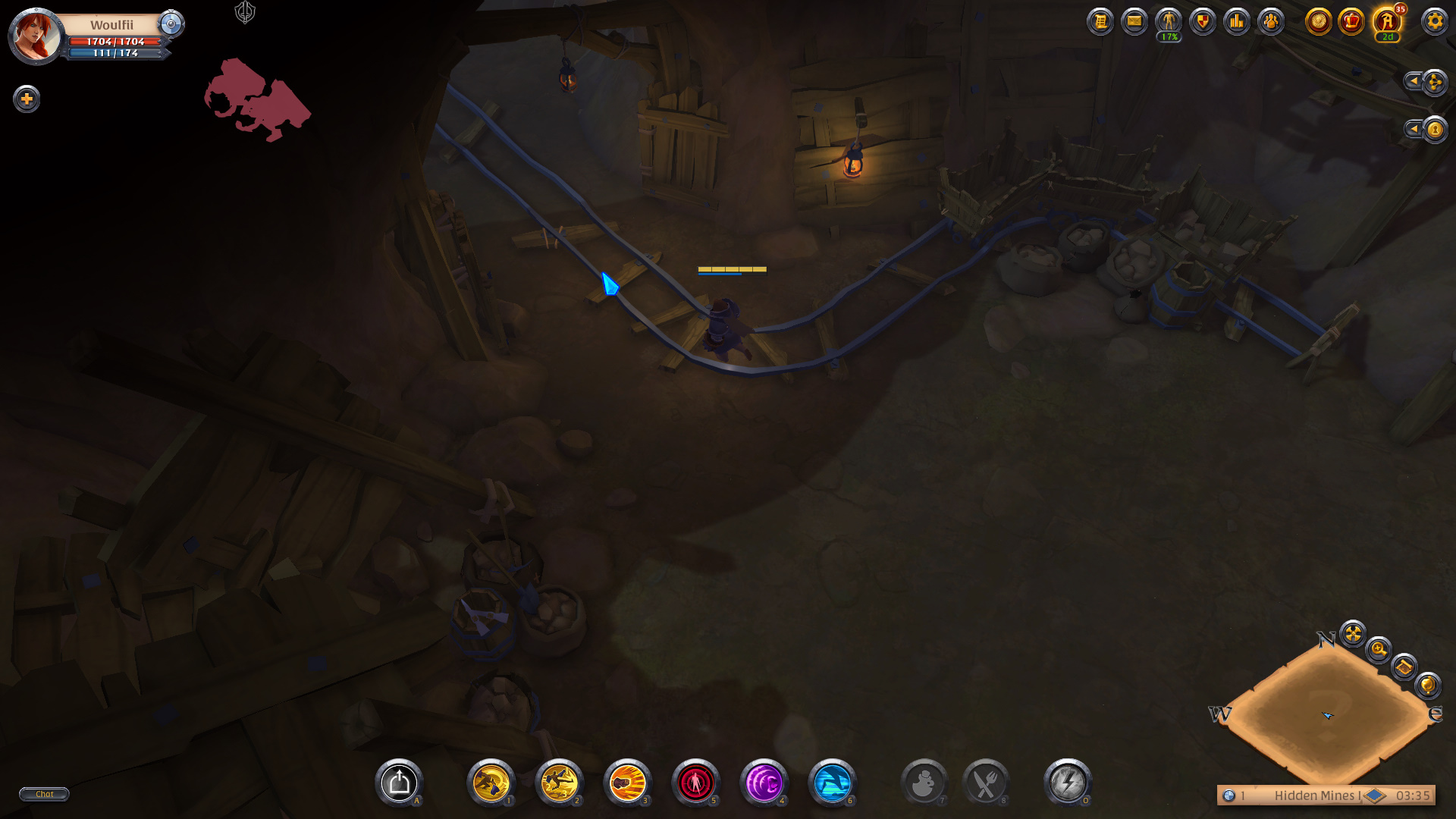 I had already did an expedition before this run, so I knew that was a pretty good source of silver. I also was happy to note that these are a good source of fun as well, offering the kind of soloable PvE experience I was looking for. I started to get a little more acclimated to the controls and started learning how valuable interrupt skills were to my overall survival. Seriously, halting big wind-up attacks appear to be the big requirement of successful combat. I felt like I was playing SWTOR all over again.

Even with that little gripe, though, I was enjoying myself, and had enough silver for… a few of the items I was looking for. One of those was a new pair of war gloves, naturally – a pair of adept spiked gloves, to be precise. Something to just tide me over until I was at a point I could either buy or craft the ones I really was looking for. As it turns out, however, these gloves are beginning to grow on me to the point that I’m not sure I want to change them out. They have a couple of fun little attacks that enfeeble and interrupt, and when paired with the enfeebling aura of the chest piece I elected to wear, I was beginning to slowly melt some faces.

And boy were there plenty of faces for me to melt. Moving towards a couple of different zones had me running into a couple of different enemies as well as finding some new dungeons to plumb as their doors just kind of appeared around the map. One of them started out pretty well until I ran into some foes that were apparently well over my stats, but the other one turned into a tiny adventure as I moved further down its floors, taking out bosses, opening up treasure chests, and all the while getting comfortable with my new war gloves and new skills. I have to say again, these spiked war gloves are very good fun. 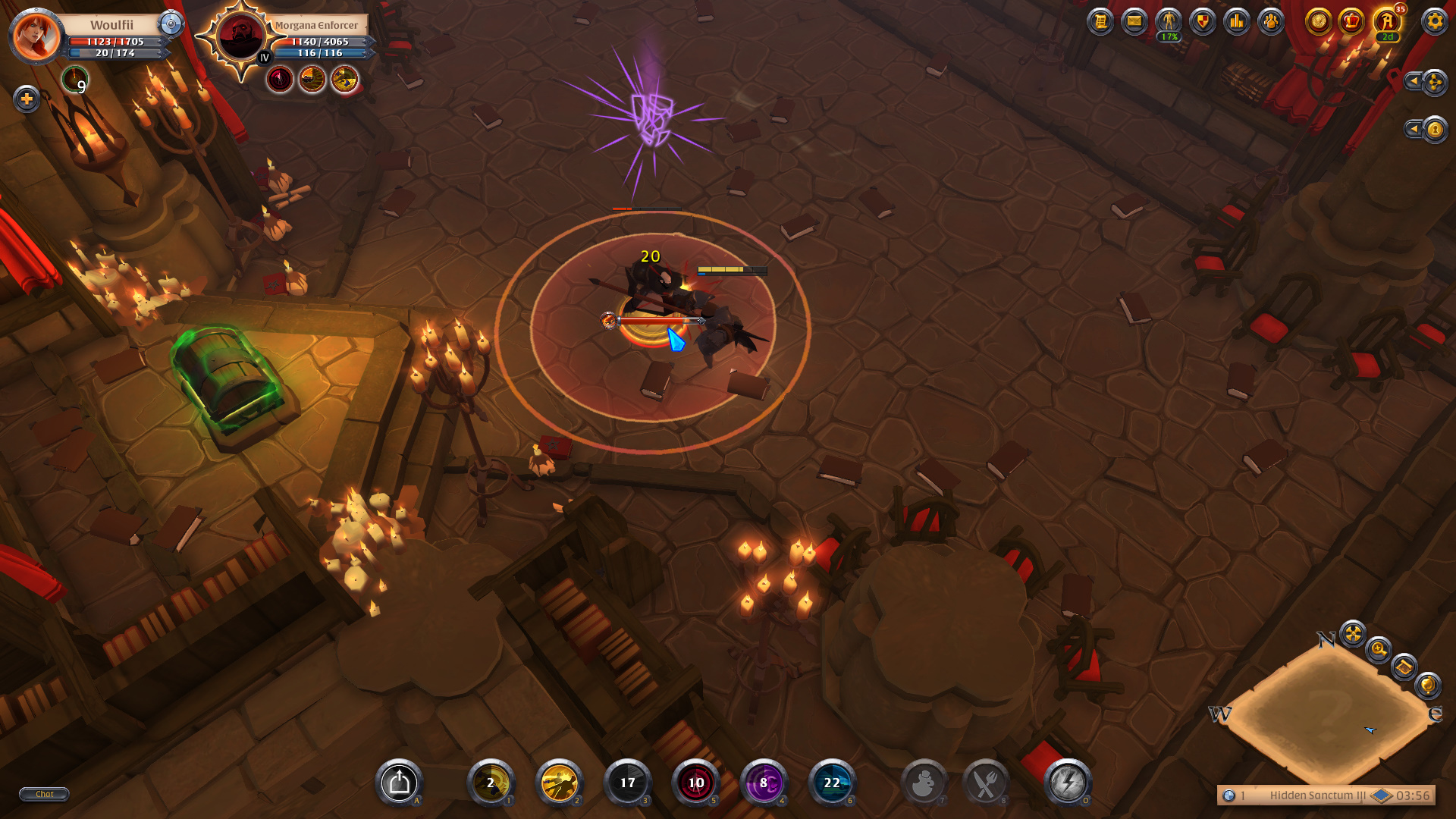 I wills say that the dungeon I had explored that was full of cultists had one annoying wrinkle in that the final boss simply just kept spawning enemies as a form of artificial challenge – a gaming dev move that always rankles me. Still, through the power of perseverance, careful movement, judicious application of my interrupts, and the power of carrot soup, I was able to win the day and snag some runes and bags of silver.

So overall, there’s a lot of enjoyable PvE to be had here. And I think I want to push that envelope just a bit more, but I don’t know that I’m quite ready. Perhaps I’m not confident in all of my equipment and need to be kitted out more, or perhaps I need to just stop being a worrywart and get further out there into the yellow zones. So that’s pretty much why I turn to the voting public, and thus put together poll one.

Should I risk a yellow zone or two?

The second poll is related to my enjoyable war gloves. As I mentioned earlier, I was looking at a completely different set of war gloves to try and craft (or possibly buy, if I’m lucky), but I ended up falling deeply in love with the gloves that I was sure were going to be a placeholder. So that led me to consider that as the second poll choice.

Should I stick with the gloves I have or go for the newer ones? 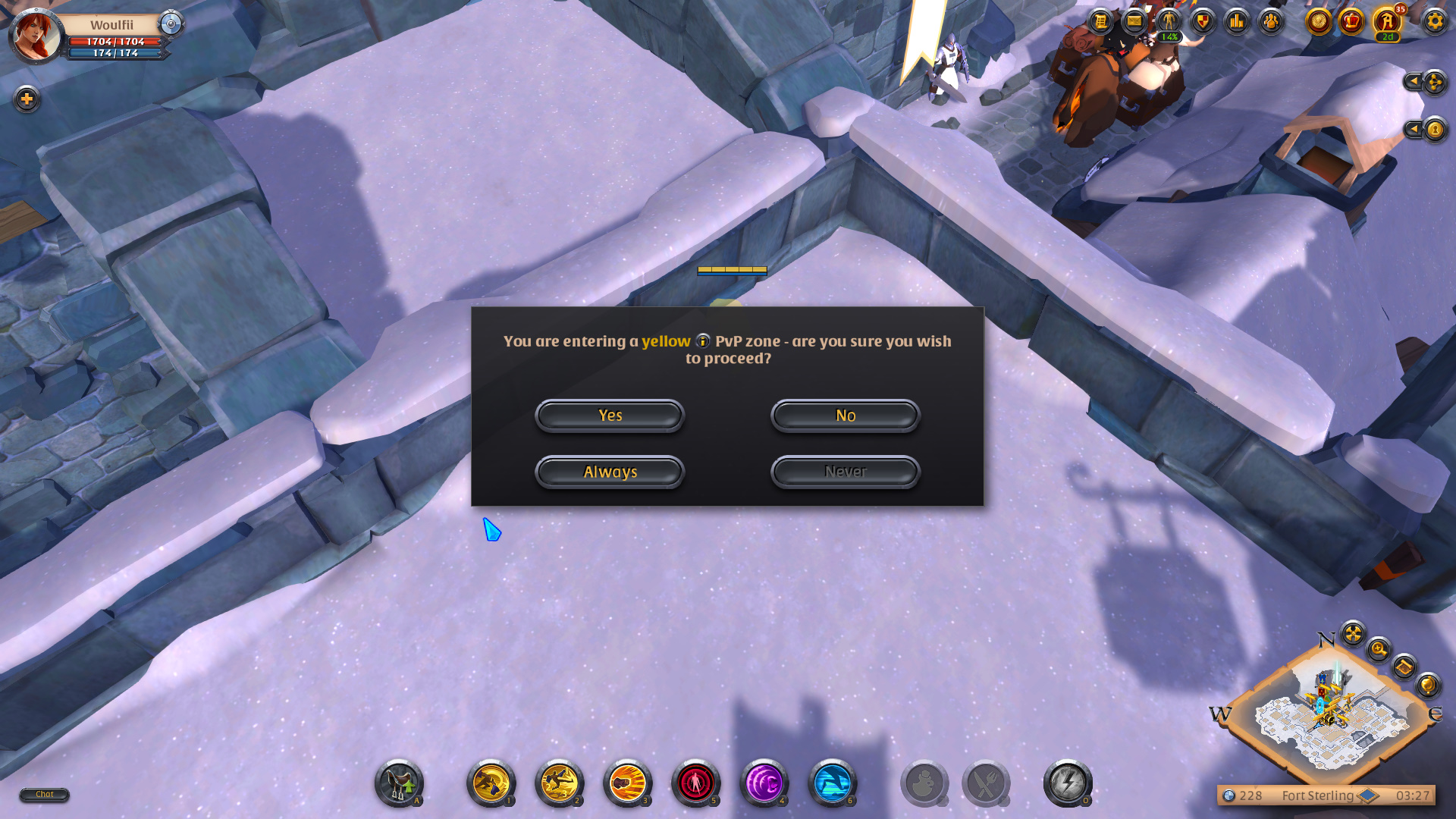 As usual, polling will close up at 1:00 p.m. EDT this coming Friday, April 22nd. For the time being, I kind of feel like I need to roam around a bit more and see if I can find some new dungeons to run around in. It’s all about that silver, baby.