When Star Wars Galaxies rogue server SWG Legends announced a major patch to add farming, ranching, and spicing into the game two weeks ago, I didn’t imagine it was close, but it was – in fact, as of the wee hours of this morning, the update is on the live servers.

As we noted in the earlier post, the update adds six new large houses to the game in the form of ranches and farms for each of the three core planet styles. Players can raise livestock and grow plants for decorative purposes or resources, and some of those resources can be used to enhance food, to create camo kits, or even in the creation of spice, which is once again available to Smugglers. In fact, there’s a new Underworld org with new missions for Smugglers too, and if you want to tame wild animals instead of grow them in a lab, well, now you can do both.

Players trying to get into the new systems should definitely swing by the game’s Discord, where folks are trying to puzzle out how everything works and identifying a few errant bugs. Just remember, you’re going to need a point in Beastmastery for ranching, you’ll need four lots and a bunch of space for the new buildings, only the owner can operate the buildings, and if you’re sitting on a huge pile of relevant resources, now would be a smart time to sell them to hungry would-be farmhands. 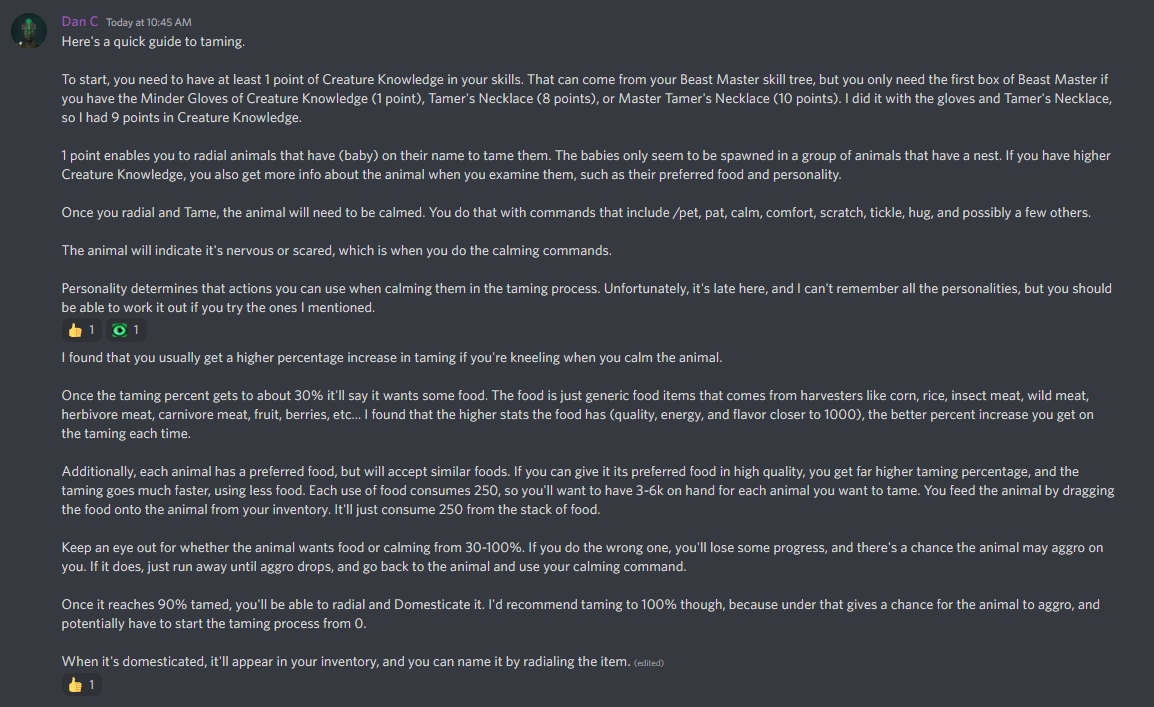