So as you can see, I got Final Fantasy XI working. More specifically, I got the help of our resident expert on all things FF MMORPGs. I’ll not drone on about the whole annoying process again – I’ve already said my peace on that – but I will at least confirm that the solution was a simple one, even if it wasn’t immediately obvious to me.

With the obstacle of actually getting the game to log me in out of the way, the next obstacle I had to wrangle was the game’s settings. I had almost forgotten that this game has its own separate config program to adjust a lot of the visual settings of the game instead of within the menus themselves, and even then things still look a bit… weird. At a certain point, though, I was tired of the fine-tuning and was just ready to play.

Right after I got through the control scheme matter. 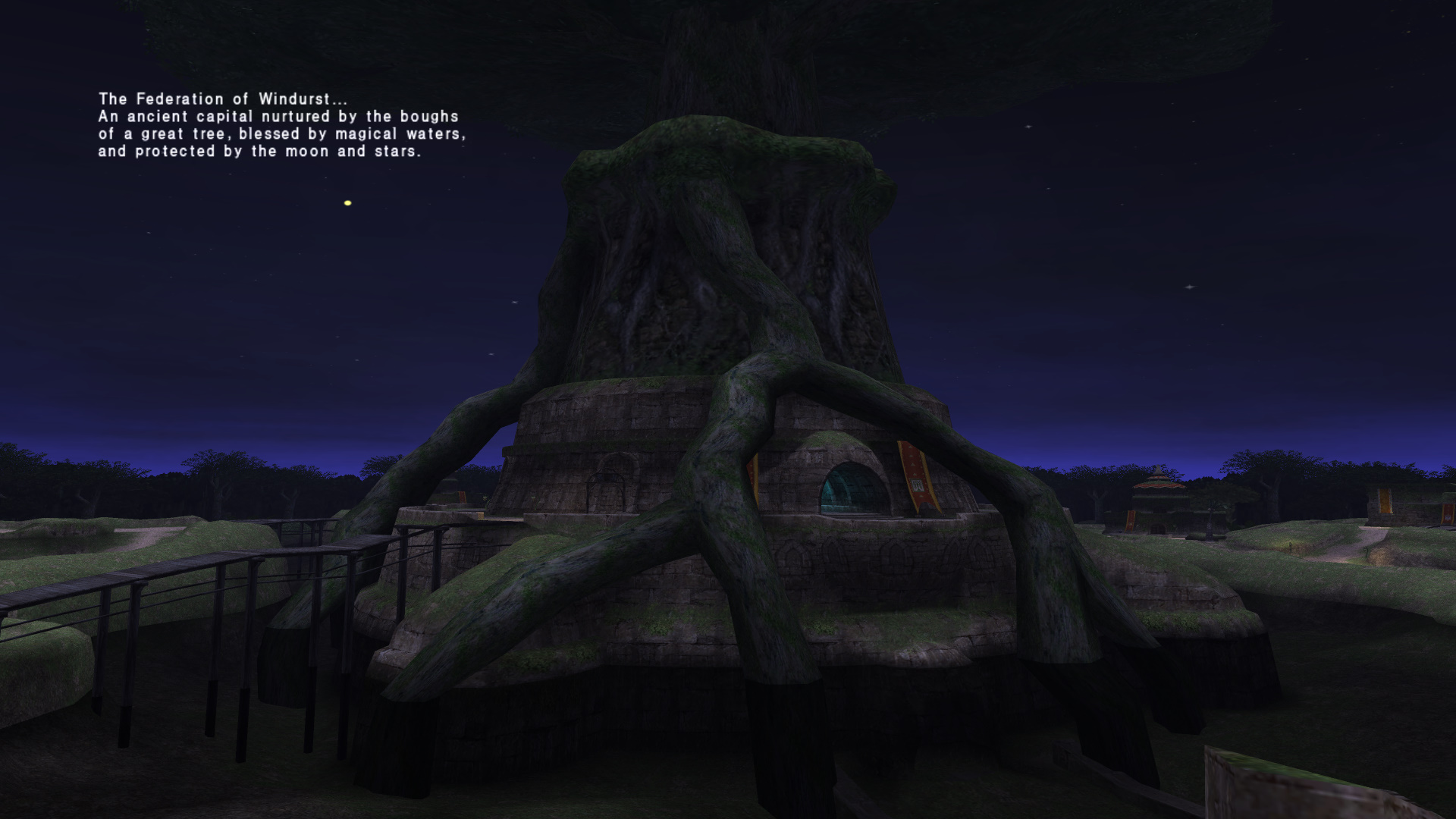 Stubbornly, I elected to disengage gamepad controls and stick to keyboard and mouse control, and through the use of an online instruction manual, some playing with the menus, and a bit of alcohol, I was able to cut through FFXI’s menu-loaded nonsense and get things to a somewhat more comfortable spot. Or at least a playable spot.

Since polling this week ended in a tie, a coin toss saw Red Mage win out as the choice starter class for this run. I haven’t ever played this version of the class before, so I’m eager to try it out, even if its whole bag of tricks might be late in coming. With character sorted, Mithra designed, and buttons (kind of) sorted out, it was time to get rolling.

Once I got into the old rhythm of actual play, it was a lot like getting back on a bike. I remembered everything about checking foes before fighting. I re-acclimated to the pace of combat. I knew the importance of getting Signet cast on me before even being told about it by any NPCs. And I ultimately started to return to some very distant habits.

That’s not to suggest that everything was as it used to be. Obviously, Windurst is a whole lot more empty than it used to be. There were a couple of people shouting their wares for sale, though. Also, there were a lot of treasure chests dropping after fights, some of them with combination locks that I had to guess. That certainly wasn’t a thing before. Sadly, it also led to me stuffing my character’s pockets with so much junk. Woops. 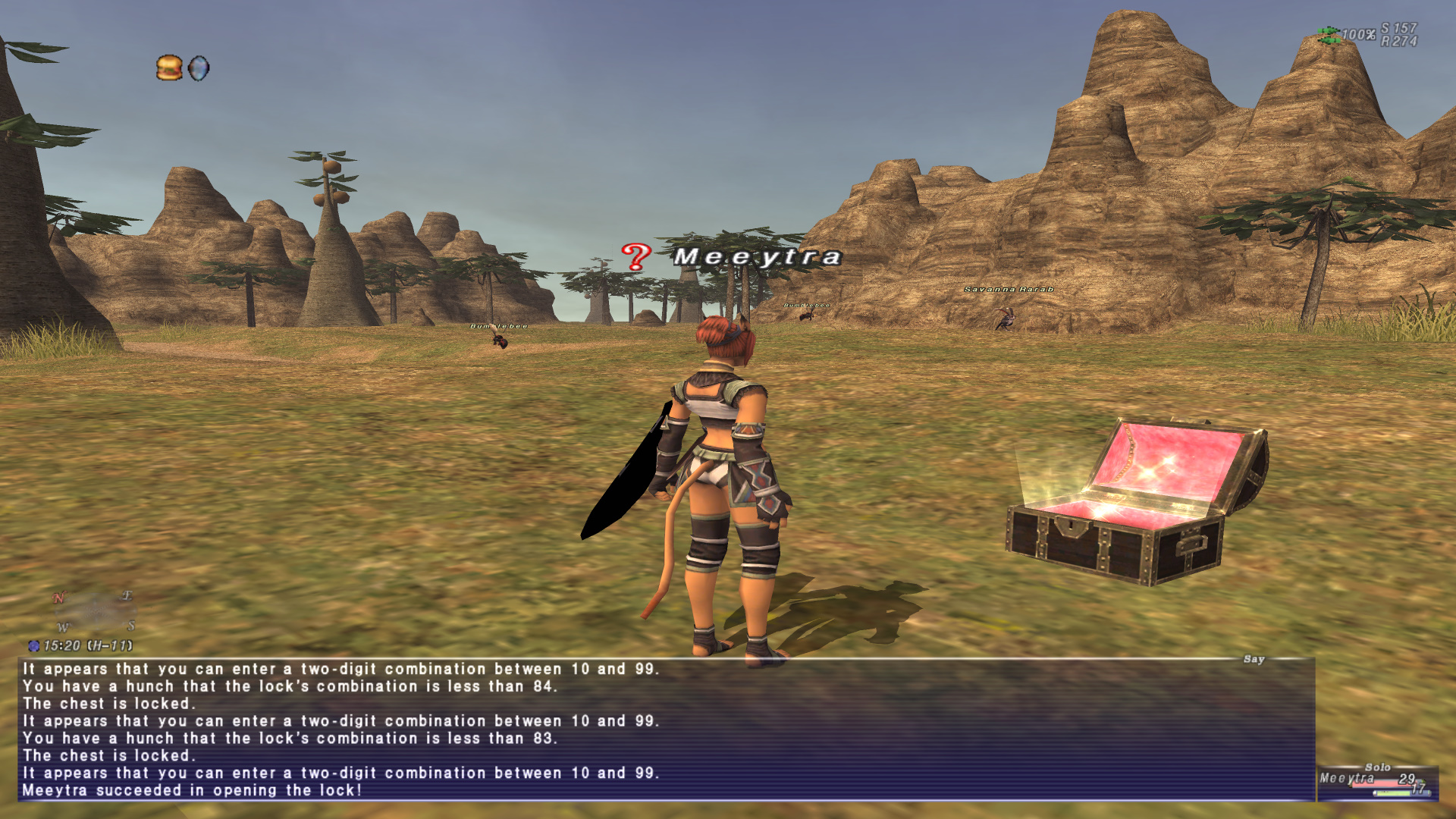 Another thing that’s new is the XP boosting stuff that was handed over to me. I have to say, having this major boost was quite the surprise. I’m not used to getting to level 11 in the starting zone, let alone getting there that swiftly.

There’s also the whole Trust system in FFXI that I’ve yet to engage with but am aware of. All things considered, I’m pretty sure I’m going to need to have a few companions along with me in very short order. I still don’t really know what the Red Mage is ultimately capable of or its whole role within a party dynamic – so far it appears to be mostly about damage dealing – but I assume that will become more obvious once I’ve got a Trust party formed.

First thing’s first, though. I felt it prudent to go through the in-game tutorial quest line to get myself comfortable. The XP boosting item that I have has turned what is likely meant to be a multi-day quest into something of a dawdle to the point that I’ve only got one more step to complete as of right now. Still, I don’t want to really press my luck here and think I need to get a Trust companion or two secured before I venture out too much farther. 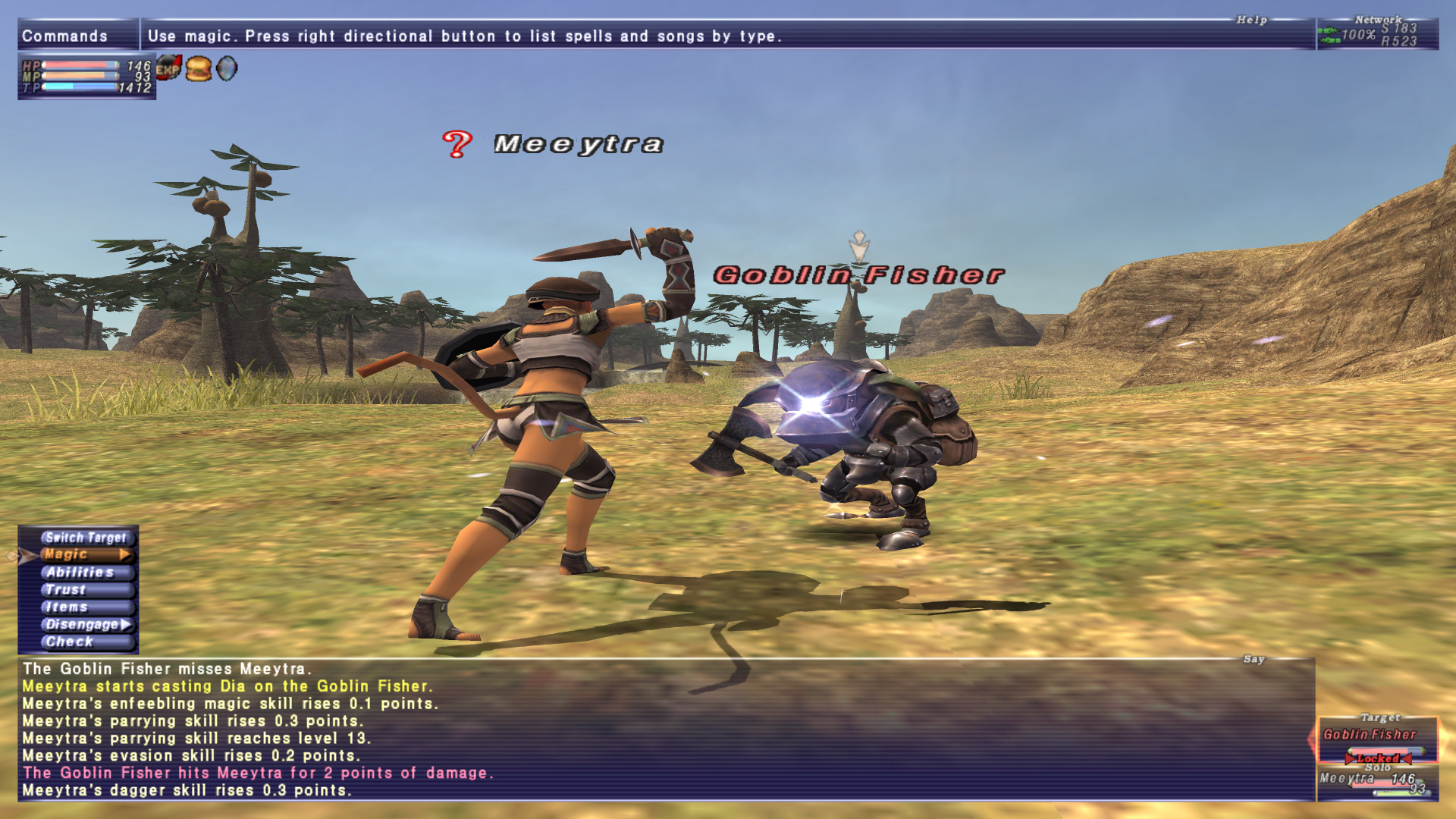 So far, FFXI is this very weird mélange of the familiar and the foreign. The menu-powered interaction, the aged systems, the olds (but still solid-looking) graphics have me soaring backwards into the 2000s, but then there are systems and content features that feel like attempts to streamline things, like buffing out dents in a rather old and rusty car. Still, it’s a nice car, and I’m starting to feel a bit more comfortable in here, even if all I’ve really done has been tutorial things and several random fights out in the fields.

I have done a couple of other exploratory steps outside of that realm, though. For example, I got just started on one of the gatehouse missions that were waiting for me when I was running around talking to as many NPCs as I could stand to. Also, there’s apparently the Records of Eminence thing that one of the game’s official guides pointed out. Apparently this is one of the de facto activities for new and returning players, but again I wanted to get my feet wet first.

You all know what this is leading up to, right? Of course you do. The way this column works shouldn’t be completely alien to a lot of you by now. It’s poll time, just in case you didn’t know. Time for polls.

It’s time to pinpoint what first priority should be in terms of the content to tackle. I’ll consider the runner-up choice as a secondary focus, but the result of this poll will effectively guide me towards what should be the central thrust of my time in Vana’diel. 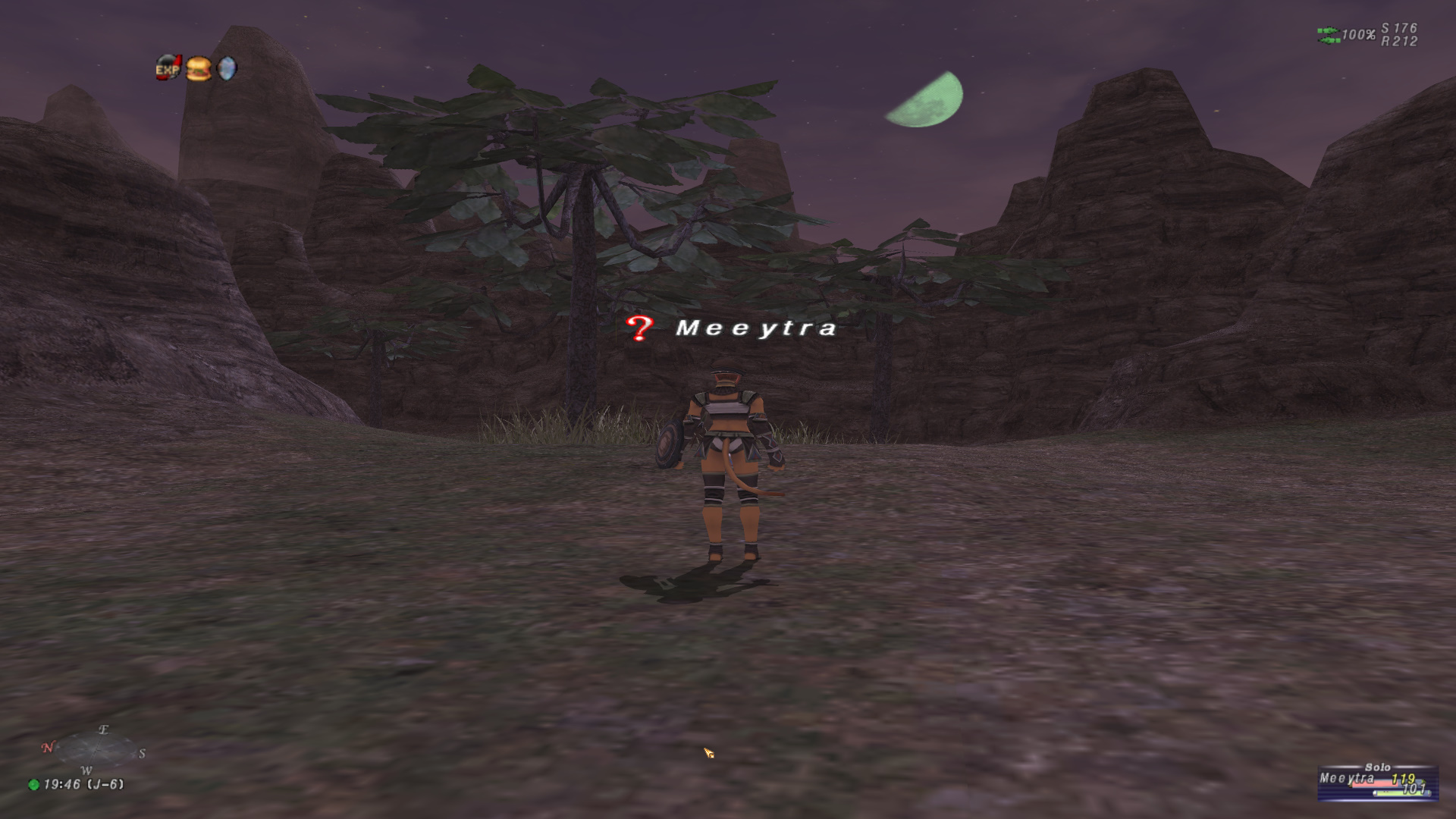 As usual, the polling will close up at 1:00 p.m. EDT this coming Friday, June 3rd. I’ll mostly leave this game alone until the polling starts to take shape like usual, but I also think I should earn a level or two in the interim. Maybe get rid of some of the crap cluttering my inventory. I also am pretty sure I need to pick up a few spells; I have to remember that weapon skills are automatically learned but spells are not. Here’s hoping the auction house isn’t as quiet as Windurst is right now.