Once again, this week in Final Fantasy XI continues to deliver nostalgia and aggravation in mostly equal amounts.

First off, I will admit that deciding to switch back to a gamepad has been both a great idea and an annoying one. First off, it appeared that my gamepad wasn’t working correctly, meaning I had to make a few trips back and forth between the game and the game’s config program, and doing that requires me to log out of the game in order to do that; you can’t simply move from the config utility to the game. And this game being an old game, you have to wait for 30 seconds to log out everywhere, every time.

To say that I was losing patience might be a bit of an understatement. 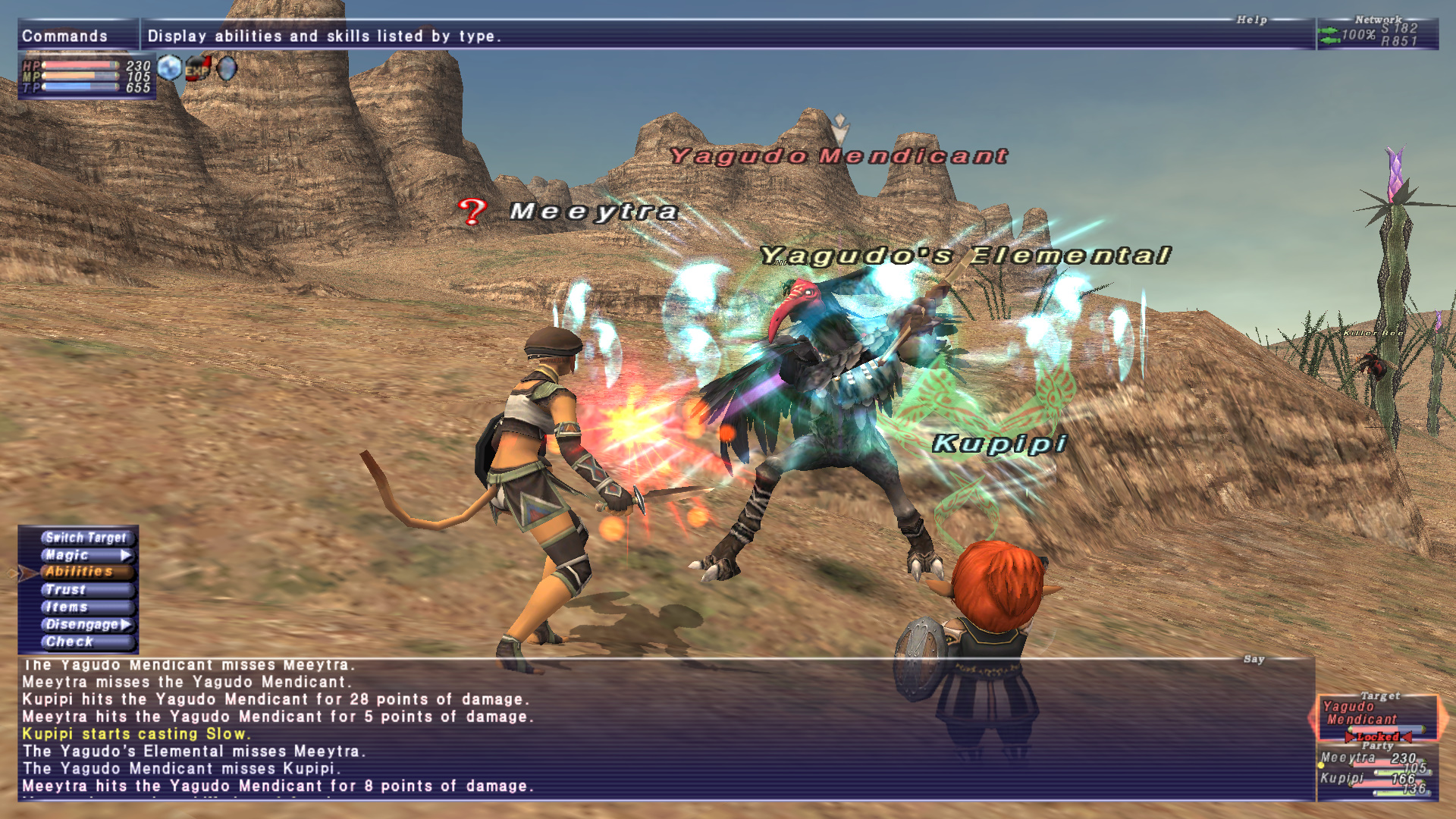 Eventually, the gamepad started to work, but only after almost a full minute’s worth of being forced to use the keyboard and mouse. Initially I thought I hit a button that made the controller recognize what was happening, but after a few different logins, I came to find out that the gamepad just sort of… suddenly gets recognized as an operational thing by FFXI after a long amount of time. I mean literal minutes’ worth of time; it doesn’t work right out of the gate. Like most things in FXI, it’s just weird.

Once the gamepad decided to actually function. However, an absolute wave of nostalgia hit me. Some long-forgotten muscle memory that had apparently always been latent suddenly came forth while I was mentally thrown back in time to my years playing the game on my PS2. They weren’t particularly great years, exactly, but still it was nice to feel that little hit of old memory.

With that whole series of hoops-jumping out of the way, I elected to try and focus up as instructed by the polls and get through the nation mission that I was saddled with. But first thing’s first: I had to get some fresh equipment. Level 7 gear when you’re level 15 is totally fresh, right? 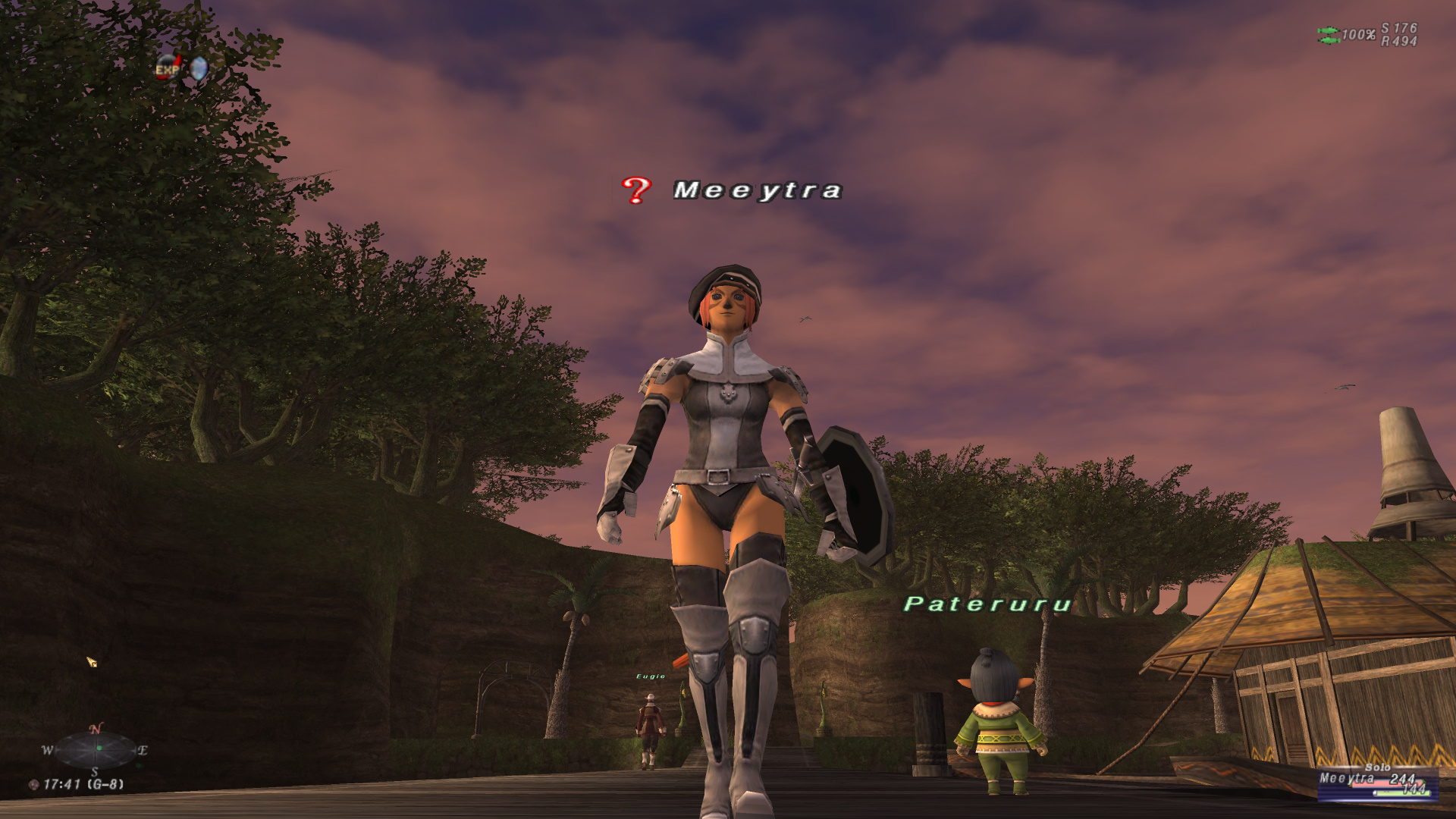 Doing the missions for Windurst started making me kind of hate Windurst. Or the Tarutaru. Or both. The speech inflections of this particular race are obnoxious to read through, and the nation of Windurst appears to be populated with – or run by – ravening jackasses. It was getting extremely challenging to form anything related to an emotional attachment to the NPCs I’d met to this point. But still, the duty of the polls calls, and I was starting to carve my way along the few missions I had.

Complaints about the story of Windurst aside, I started growing a small level of comfort with things in FFXI, which is to say that I was better braced for the mechanical annoyances that a game of this age just throws in my path. The menuing to do some of the most basic of functions in modern MMORPGs started getting easier (owing primarily to that aforementioned old muscle memory), and the directions being given to me started to make a slight bit more sense.

Once again, though, the game reminded me that it’s an old one by requiring me to buy a map for the area that one of my missions. I had thought that maybe I could try to navigate the area by myself, but if anyone’s ever watched my livestreams, you can guess how garbage-y my sense of direction can be. So I had to make the Walk of Shame back to Windurst to get to the map vendor that was there and burn the 600 gil needed to tell me where to walk. 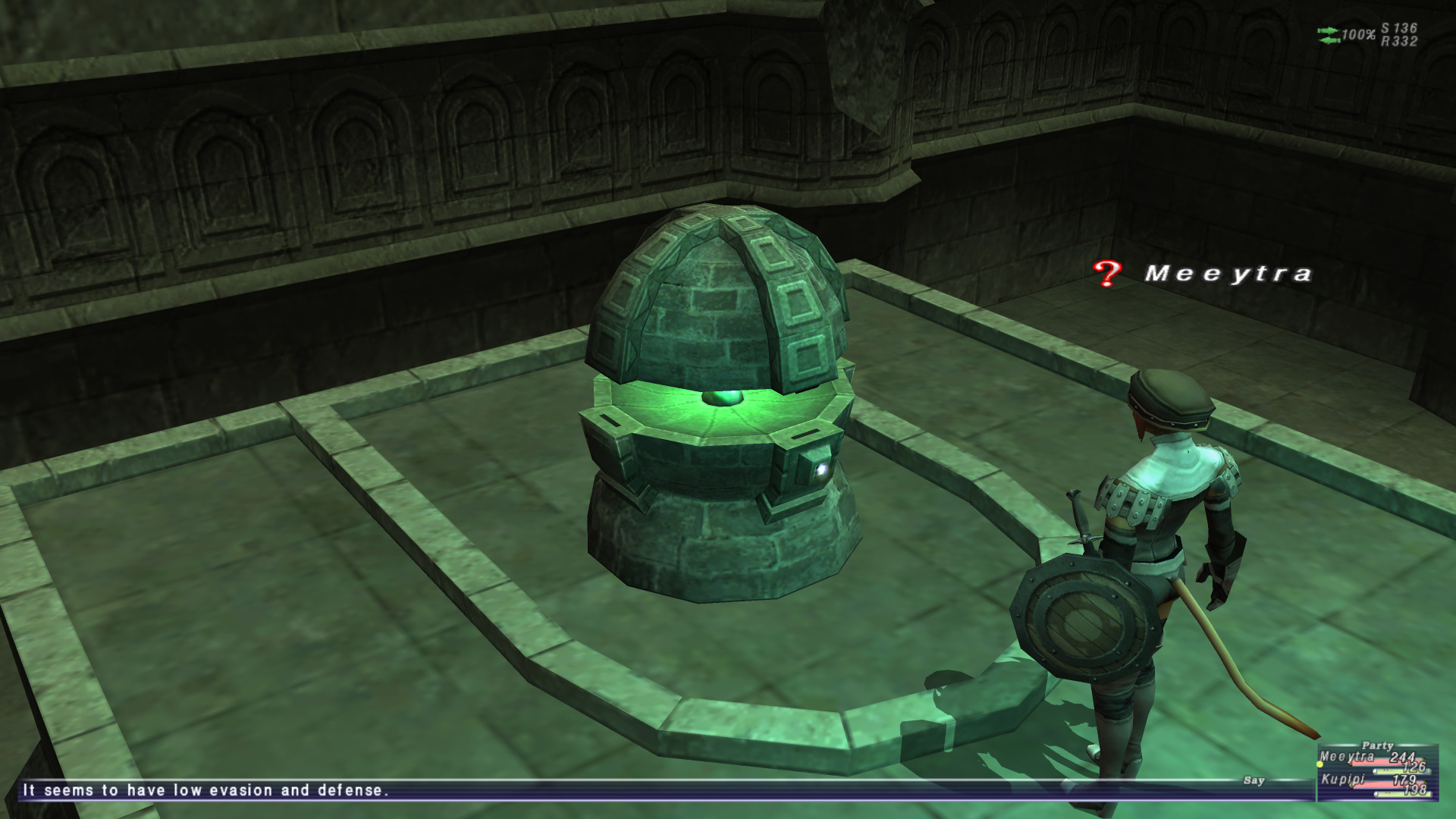 With anger in my heart, I got the mission done, got my mission turned in… and was told that basically I couldn’t do anything more until I got enough conquest points earned. I had almost forgotten that this was a thing – the whole reason why Signet had to be cast upon my character at all times! I swear I had played this game before, but for some reason all of this time-gating nonsense that FFXI liked to throw in front of me absolutely slipped my memory.

Which kind of got me to thinking: I’m pretty sure that I have moved on.

Final Fantasy XI is a part of my gaming history and still stands as the very first MMORPG I ever played, but I’m also having to come to grips with the fact that the past is in the past. Tech moves. Games evolve. The genre evolves. And sometimes, the good old days are not as good as we would like to think.

Still, there’s one more week I can get out of this game, which means there’s one more poll choice I can make. At this point, I’m not getting any Sparks for the Records from the monsters in my immediate area owing to the fact that the level boosting I’ve gotten has me soaring well above the local fauna’s threat level, which means I need to push my horizons just a bit further. That leads me to two different directions: the mountains to the north, or the coast to the east. So that’s the final poll choice for this month’s game:

Which direction should I head to for those sweet, sweet sparks?

Of course, since I’m basically closing the book on FFXI, that also means it’s time to look ahead to the next column’s title, and once again I’m looking at putting together themed choices. This next series of games will follow the theme of early access. As someone who (admittedly) kind of likes early access titles, I’m curious to both peek in on some developing games and perhaps have some guidance from you fine folks on how things go. So that’s poll question two:

What game should be next? Choose My Early Access Adventure! 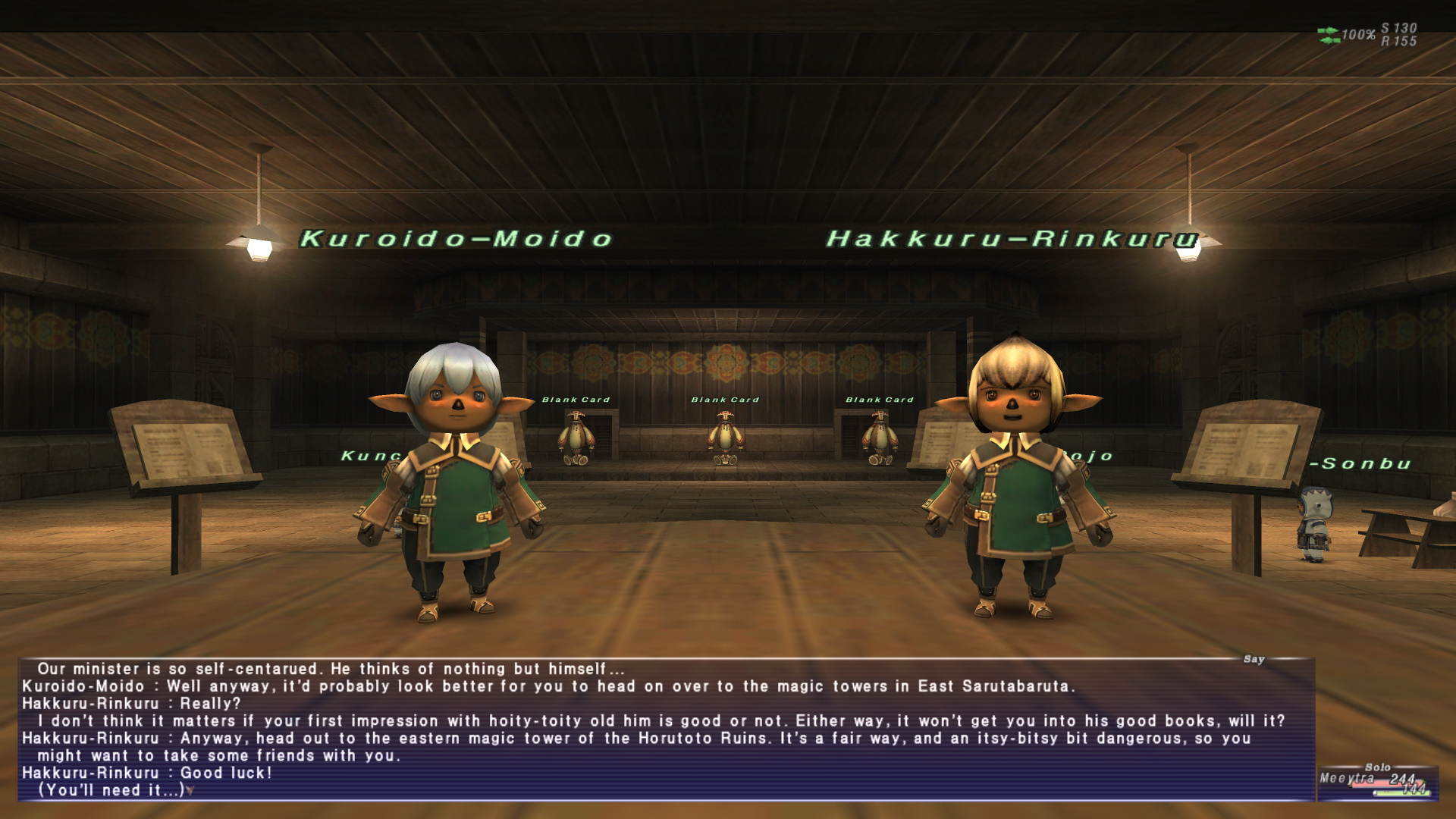 As always, polling will close up at 1:00 p.m. EDT this coming Friday, June 17th. Until then, I’m probably going to step away from FFXI for the time being and just… well, recover from the gauntlet that is this game’s elder systems, If I’m perfectly honest with you. This has been a journey, but also a revelatory and interesting one all the same. I might be grumpy, but I’m not enraged; I’ve just had a few things exposed to me and I want to process that next time around.