The hits keep coming for Legends of Aria, and we don’t mean the greatest hits compilation kind.

We regret to remind you that Aria, which was originally Kickstarted as Shards Online, has careened from one disaster to another over its development, with revamps, delays, and monetization shifts that couldn’t stop the playerbase shrink. Last year, after a considerable content drought, the studio announced an “Aria 2.0” successor that never materialized; instead, the studio and game were bought out by a blockchain company that immediately announced a play-to-earn revamp of the game and its monetization around NFTs and token sales, along with a plan to bring the remains of Aria into the “Realms of Ethernity metaverse.” It’s since announced a plan to leave Steam before it can be booted off, and just a few weeks ago it canceled its stated plan for a non-blockchain server and closed down one of its remaining Classic servers.

Of course, it’s up to something new now else we’d not be rehashing all this. Last night in its Discord, Reaper Games announced a “small exclusive NFT collection on Fractal” in August – and by that, the company means it’s selling randomized advanced characters with boosted skills, armor, leveling rates, and future freebies. “This is a ‘Blind Mint,’ which means that you will not know what tier or type of character you will receive,” the studio claims. “Only 250 of these will be available and the cost of these NFTs will be 1.75 SOL (which is roughly $70).” 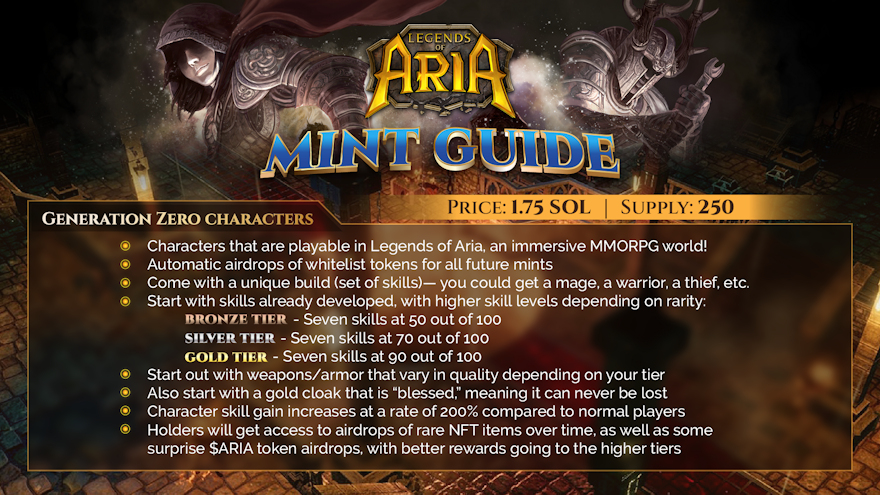 If you’re keeping score at home, this is a pay-to-win character that costs an exorbitant $70, but you don’t even get to pick what you’re buying, with the added FOMO of a pointlessly limited release, set against the backdrop of a gross P2E infrastructure. Really, any one of these things would be a poison pill for the typical indie and especially for an MMORPG. But let’s be real: All the actual gamers playing Aria in 2022 are playing modded classic servers anyway.

The full relaunch is apparently slated for Q4 of this year, with the “token presale” starting next week on August 10th. Please, for the love of MMOs, don’t buy this.

GDC 2022: Control, revenue, scarcity, ethics, and the human challenges of the gaming ‘metaverse’

The Daily Grind: Which MMO studio had the best dev communication...