I am pretty much resolved to making my round bird mount the strongest it possibly can be. It’s my long-tail goal in Chimeraland – very possibly one I will continue to pursue even after this column’s visit to the game is done. But I have to say that the actual process of getting there isn’t immediately clear.

Obviously, this is all about Chonkhonk, my Vuldo pet that I captured and shortly fell in love with after I figured out how to make it my mount in last week’s adventure. This week, I fell in love with my round fluffy boy even further by mere dint of the fact that he can multi-jump and then float back down to earth, flapping his wings madly all the way. Also, he hits like a truck.

Most of what I’ve been doing to this point has been taking Chonkhonk to the Devour Challenge portion of the arcade cabinet in my house (yes that is a thing), facing him off against random monsters, and collecting pills that randomly improve his stats, and for the most part it’s been working out pretty well. In addition, I’ve been working out how to make him consume animals in the wild, taking on pretty hefty creatures, turning them into temporary summons, and then having Chonkhonk fight them to devour their essence. 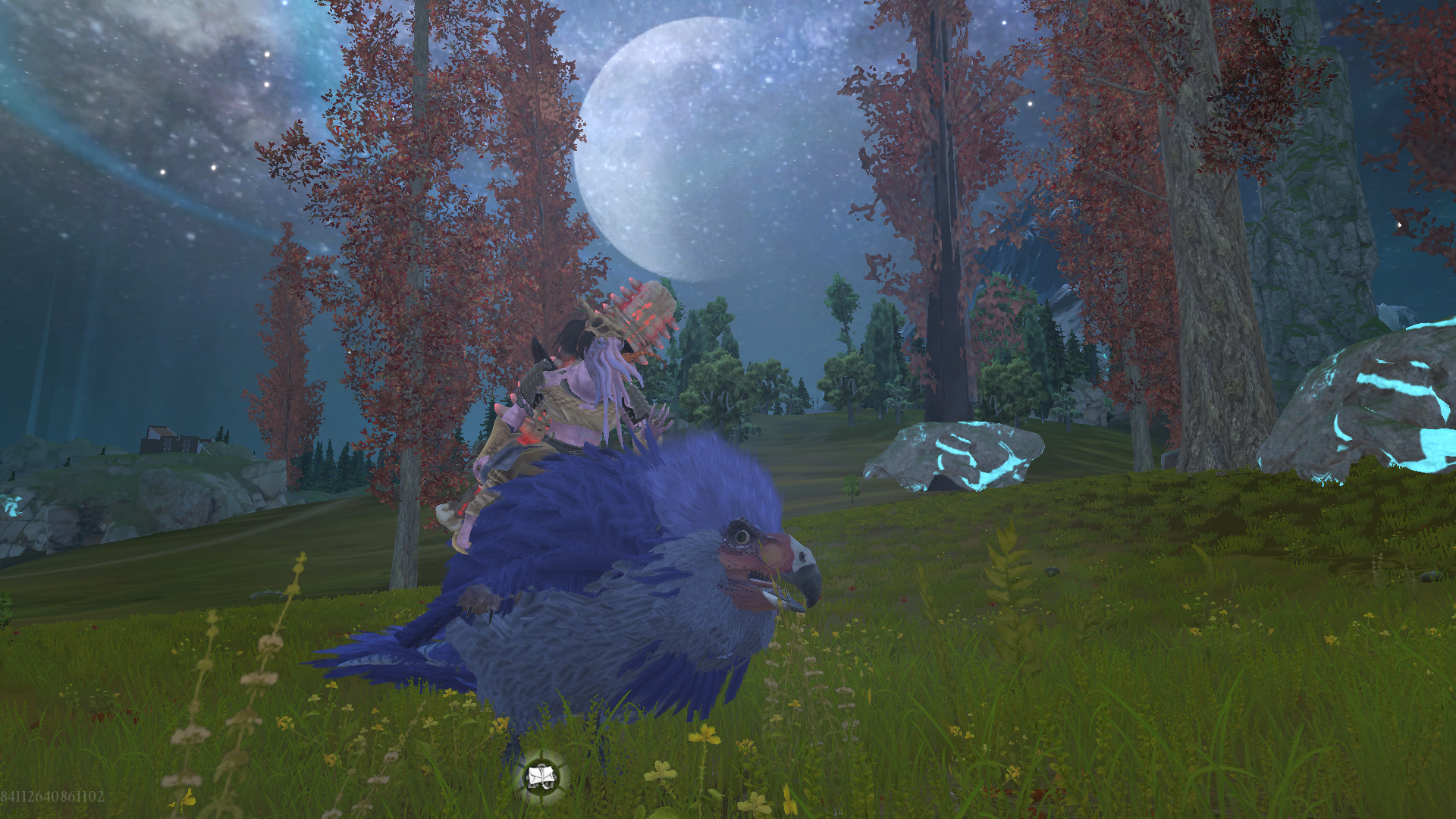 With all of that said, it’s kind of challenging for me to know if I’m doing the right thing and making him stronger. Presumably, I’m making the right moves: Stats are rising, overall power level is rising, and creatures that are technically 20 levels higher than him are falling to his absolute might.

I also ran into a prompt that told me that I should level my character up as well because some of the things I had been feeding my big round birdy friend would take him at a level higher, which is something I’m not allowed to do. But then the Pet menu says he’s level 25 while I’m around level 21 or 22? It’s not very clear.

On top of that, I feel like I’ve just barely broken the surface of a significantly deeper set of improvements for Chonky. There were some UI elements, for example, that pointed out what looks like several paths I could take to grant my pet new forms or transformations of some kind, though a great deal of these needed materials are either out of my reach or will require a whole lot of grinding or leveling up my house. 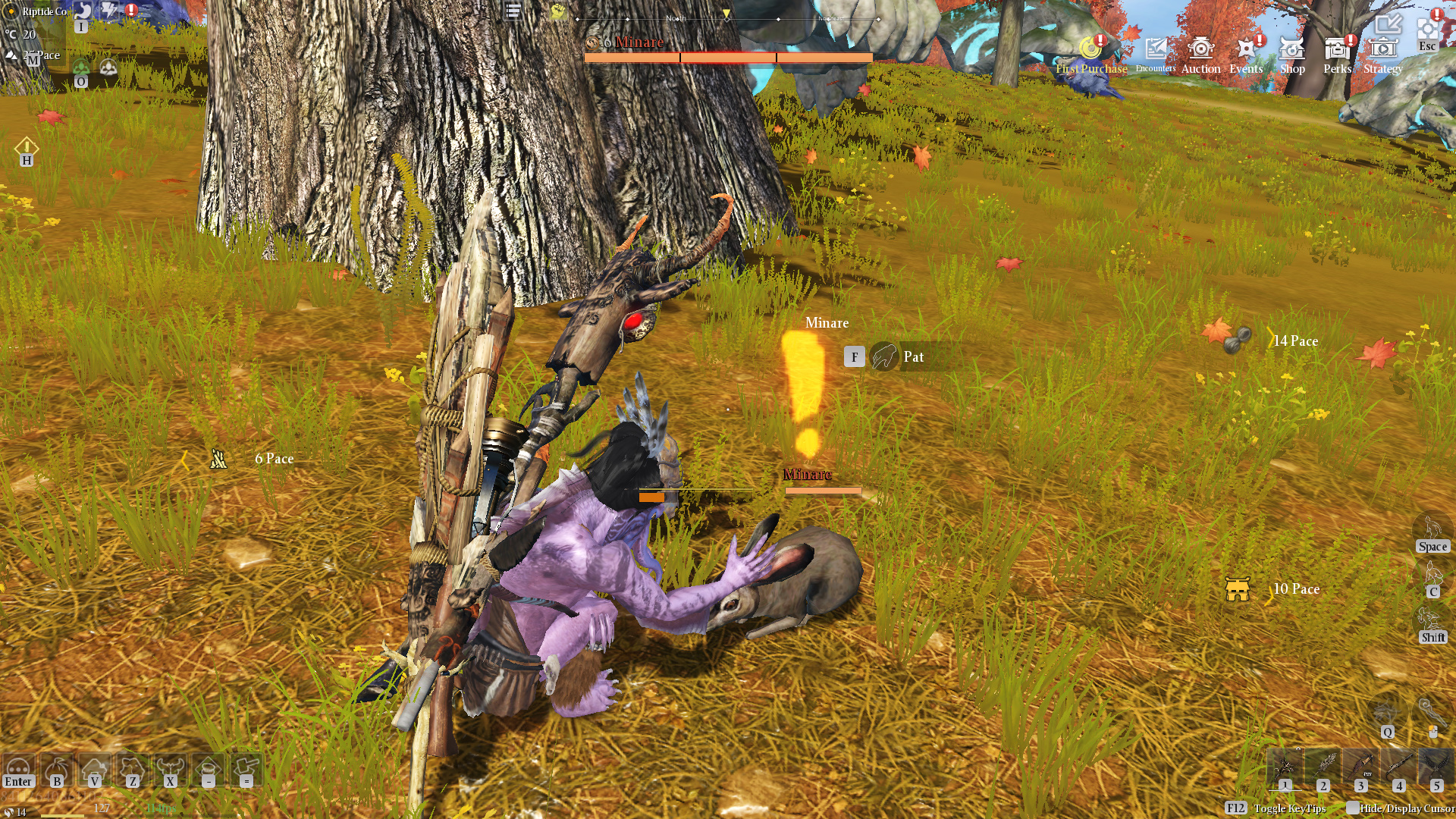 Considering that I had to improve my character in order for Chonk to reach new heights, I did take some time to get through the remaining tutorials that were on offer. I’ve now got several crafting stations at my disposal, a place where I can change my character’s look, and even a bed to sleep on and recover the energy that’s needed to do… well, quite literally everything. Yes, this game does indeed have an energy mechanic, but it also doesn’t appear to be something that’s gated by time to recover. There’s also a fullness meter that I have to keep an eye out for both my character and Chonkhonk; I’m not sure what sorts of penalties there are for letting those run empty, but I’m also not too keen on finding out.

Over the course of those tutorials I mentioned, I began to unfold the various ways things open up. The systems are a bit too convoluted to really elaborate in one paragraph, to be very honest, but it primarily involves feeding my home’s power the right materials and unlocking crafting station types, at the brass tacks level. Regrettably, that isn’t something that’s quite so quickly done – there is a lot of menu navigation required for things to hum – but the tutorial does an alright job of explaining things.

As for leveling up my character, that has layers on layers as well. Once again, there are games that my character can play on the arcade machine, or I just simply do quests, or I can also meditate on my bed in order to take on boss fights, or I can unlock a portal to a training area to fight waves of monsters. There’s also the constellation system that unlocks perks, the aforementioned life skill leveling and the progression systems there, and I also just recently unlocked a gem slotting UI that I’m not completely sure about. 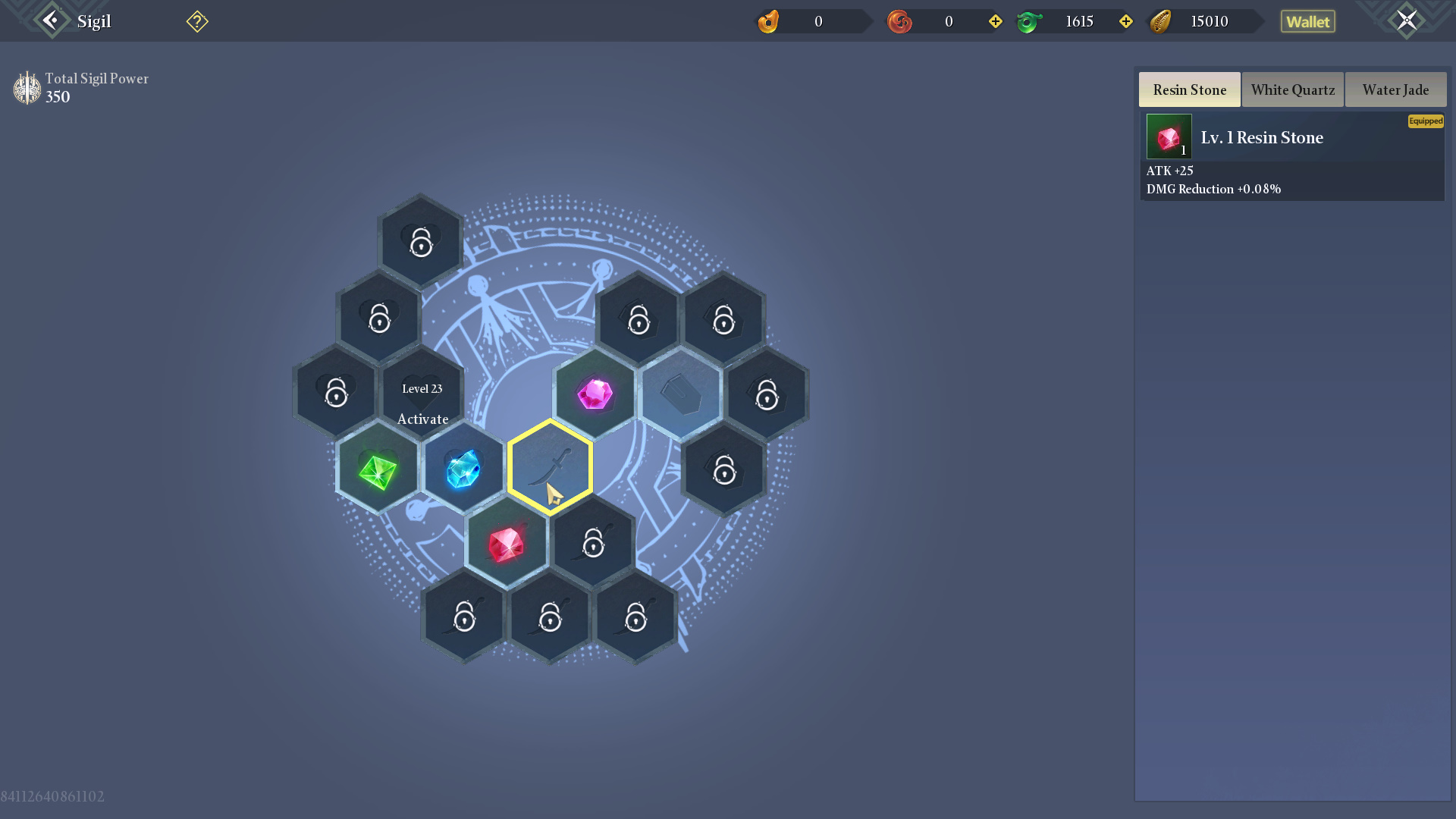 This all really could have been streamlined so much more, or refined, or maybe even more clearly explained (particularly with the help of a competent localization team). But I would also be lying if I didn’t kind of find myself drowning in the discovery of it all, learning as I go by doing and by pushing buttons I probably am not meant to touch.

Failing that, there is some in-game guidance on offer as well. Mostly, though, I like to try. As my last stream of the game is a testament, I can get particularly stubborn when I set my mind to a goal. On a parallel note, I promise that I will take down, capture, and have Chonkhonk consume that condor enemy. It’s going to happen. It’s deeply personal now.

This is a long way to say that I’m eager to press forward with more focused goals, which leads right into this week’s first poll question. Admittedly, I’m probably going to be doing a little bit of all of these choices, but I figure that having some specific goal to zero in on will help.

Which form of progression should I fixate on?

The second poll might not be a terribly interesting one, but house building (such as what’s available to me right now) is indeed an aspect of the game, and I’d be remiss if I didn’t perhaps focus on that for a moment as well, particularly since right now my house is effectively the usual survivalbox cube with all of my crafting stuff tossed on the floor. Then again, does one really have time for decoration? Let’s put it to the poll, shall we?

Should I spiffy up my housing plot? 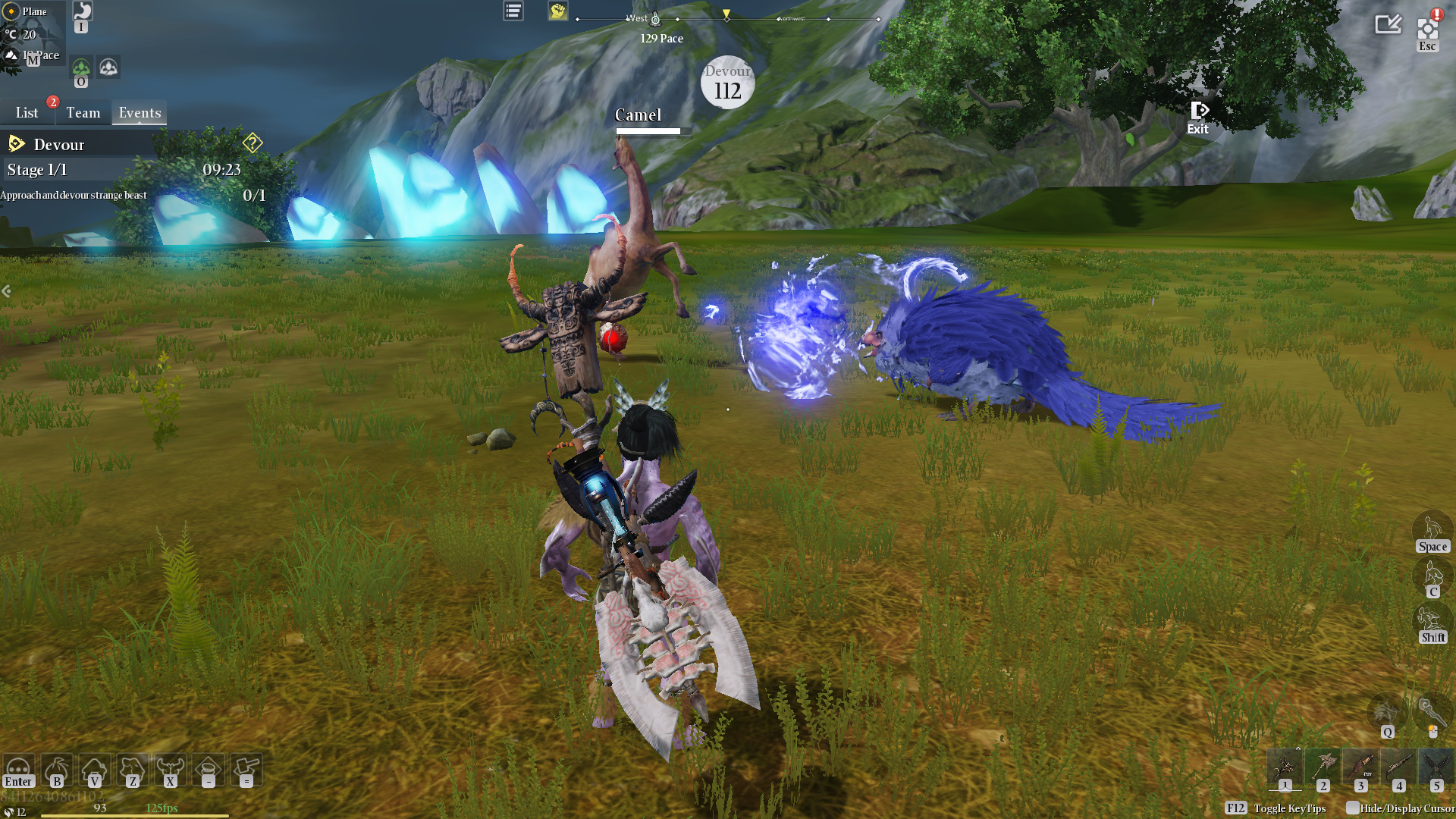 As always, polling will be wrapping up at 1:00 p.m. EDT this coming Friday, August 12th. I’m going to try very hard not to play more before polling closes, but I have to admit that I sort of want to at least roam around and see if I can’t discover more.