You remember how I wrote last week that Chimeraland was becoming comfortable and routine? That its weirdness had sort of become kind of expected but not surprising? Yeah, I was pretty much wrong.

It all started earlier this week during the tail end of a livestream I was doing of the game. On a whim, I decided to have Chonkhonk devour a condor I had successfully trapped. After he succeeded, he actually got a pair of big, flappy wings instead of the vestigial, sad ones he’s had ever since I captured him. To say that I was losing my mind with surprise and delight might be something of an understatement for anyone who had watched (and incidentally you can still watch the VOD if you like). 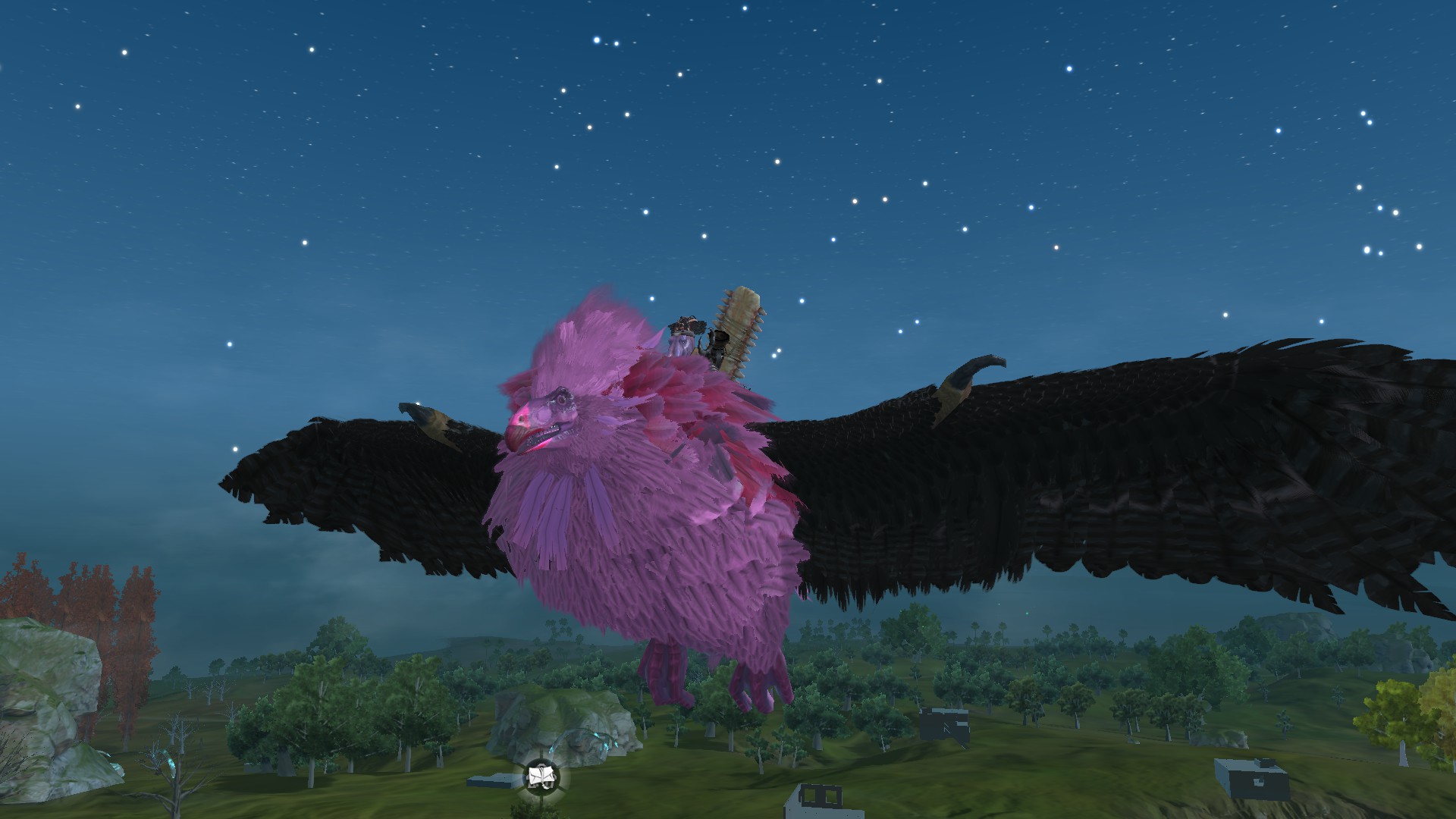 The reason this was such a surprise was that, for the longest time, I had assumed that Chonk was incapable of morphing at all. I remember seeing a morph happen the very first time I had played this game outside of the column, so I was left wondering if maybe I was doing something wrong. Turns out it was just a bit of random chance. Or it maybe should have been something to map out; it would make sense that a devoured bird monster would pass on bird characteristics to other bird monsters.

Then, something else happened as the stream wrapped up. Acting on a random whim, Chonk and I took on a large-scale beast – a snake to be precise – in the hopes of perhaps capturing it and maybe even devouring it. The fight was long, protracted, and kind of wonky, but in the end we were victorious.

Then the events in the video clip below happened.

Now I promise, I wasn’t yucking it up for the camera so to speak. That was my honest-to-goodness reaction to witnessing my beloved Chonkhonk transform into the stuff of hilarious nightmares. Once again, I probably should have seen it coming since the UI popup asked if I wanted to replace the neck, but it still absolutely bowled me over in the best way possible.

Later on this weekend I started trying to fight and devour as many things as possible. The gates of experimentation were thrown open and I was eager to see what other crimes against nature I could morph Chonkhonk into. He successfully devoured a brontosaurus and got its tail, but most of the snacks didn’t confer anything new. Still, I was motivated to explore and fight and play, and when I got to a creature that I could just defeat but not capture because my capture weapon wasn’t a high enough grade, I felt myself wanting to level up some more.

This, incidentally, leads into the poll choice from last week: I apparently didn’t have the boost items I thought I had. I did have something to push me upwards to level 30, which does unlock a couple new tiers in terms of housing expansion, but I wasn’t able to make the leaps forward that I had assumed I could.

But what difference did it make? I managed to give Chonkhonk wings. And a snake neck. And a dinosaur tail. This is the mountaintop, as far as I’m concerned. 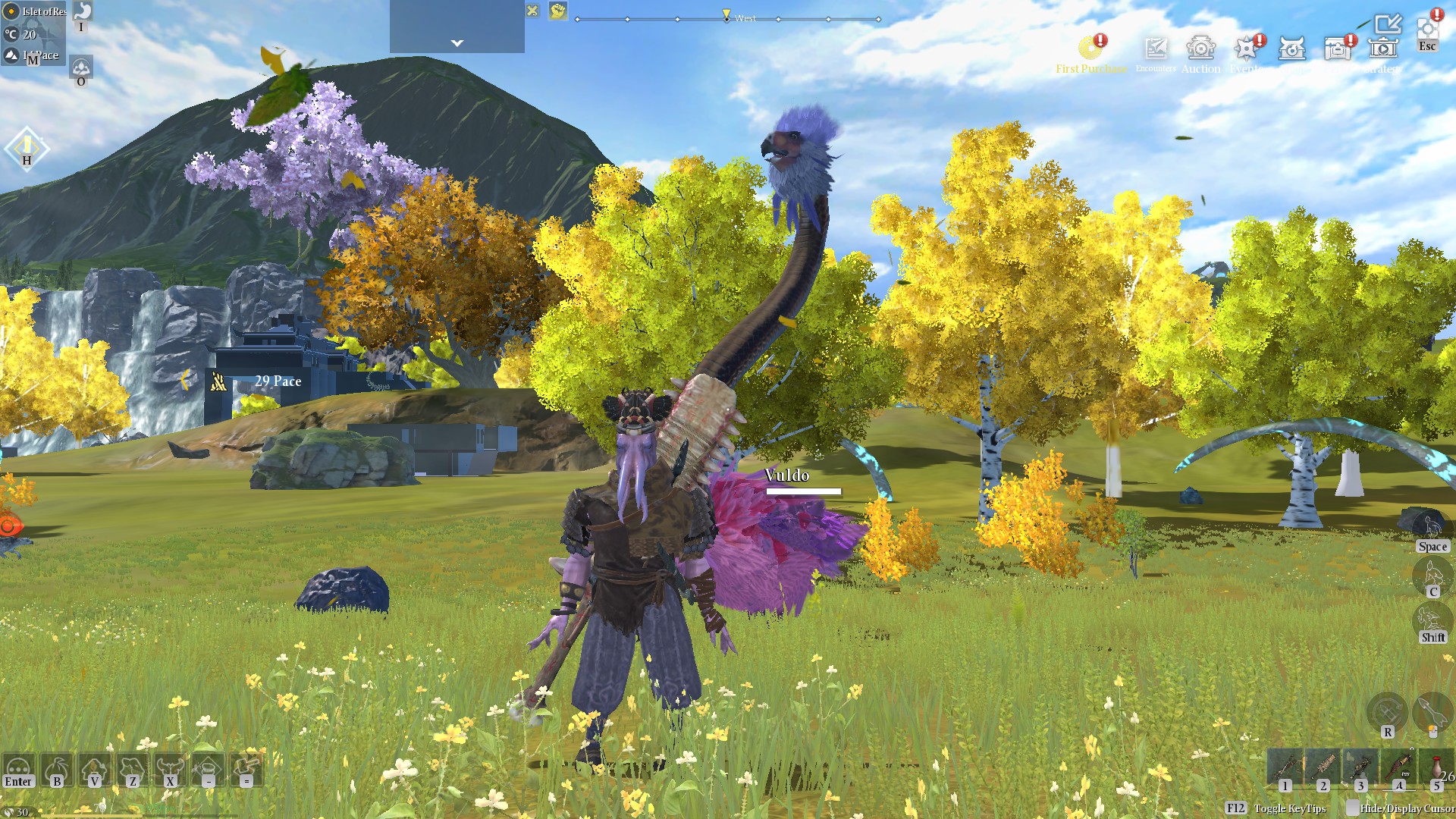 That reads a bit like I’ll be putting Chimeraland completely to one side, but I have to admit that I’m not so sure that I will. The gameplay itself, at the very brass tacks level, is kind of weird but familiar. The various progression systems and moving gears all seem to just barely fit together, held fast by the fraying twine of poor translation and badly explained tutorial pieces. And ultimately, the game feels unfinished, especially in the visuals and optimization departments; I’ve experienced nothing but Black Desert levels of terrain pop-in and asset loading but cranked up to 11.

Still, as I think back to my time with this game, I kind of want to push forward anyway, bit by bit. Chimeraland has some genuinely unique and interesting ideas going for it, and its variety of experiences manage to somehow blend typical survivalbox gaming and absolute fever dream madness. It both has to be seen to be believed and should be left alone to perhaps stew and coalesce some more.

Yes, Chimeraland has many problems, especially in the performance department and in terms of clearly localizing a lot of its moving parts. As helpful as the tutorials were, they also ended up being a little basic, without really diving deep into the how and why things happened the way they did. However, in some respects, the game is richer for that lack of guidance and that latent sense of discovery. It would definitely be far less of a surprise to see my big puffy bird transform into a hell beast if I was aware of just how the moving parts of devouring works. It’s hard to recommend Chimeraland but also hard to ignore. Ultimately, I do hope it can progress and refine itself. 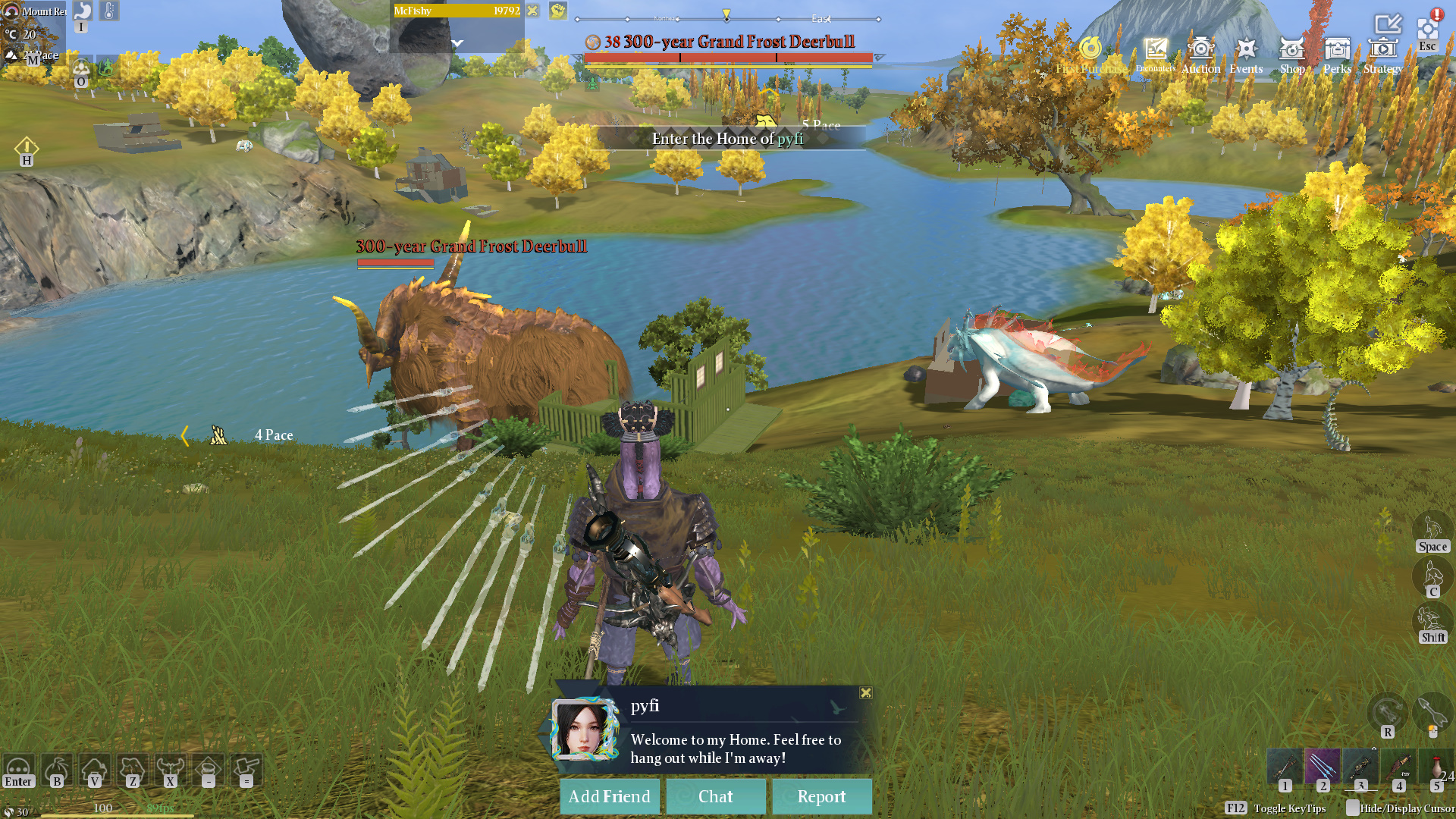 Now that we’ve managed to cobble together a Frankenstein’s monster of a mount, it’s time to go into a monster-filled world of a different sort: Temtem. With the game set to fully launch on September 6th, I effectively have a few more days left to experience its penultimate build, which leads into a couple of interesting polls that basically ask the same question.

I’ve not played this game very much over the course of its two year-long early access development, but I have made a few inroads and taken some early steps and started to put together something like a small team. But then again, starting over afresh wouldn’t be a possibly bad idea, either.

Should I reset or press forward in Temtem?

The next poll is, quite literally, the same as the first: Assuming the game doesn’t already wipe everyone when it launches, should I also reset then or continue forth?

Should I reset or press forward when Temtem launches? 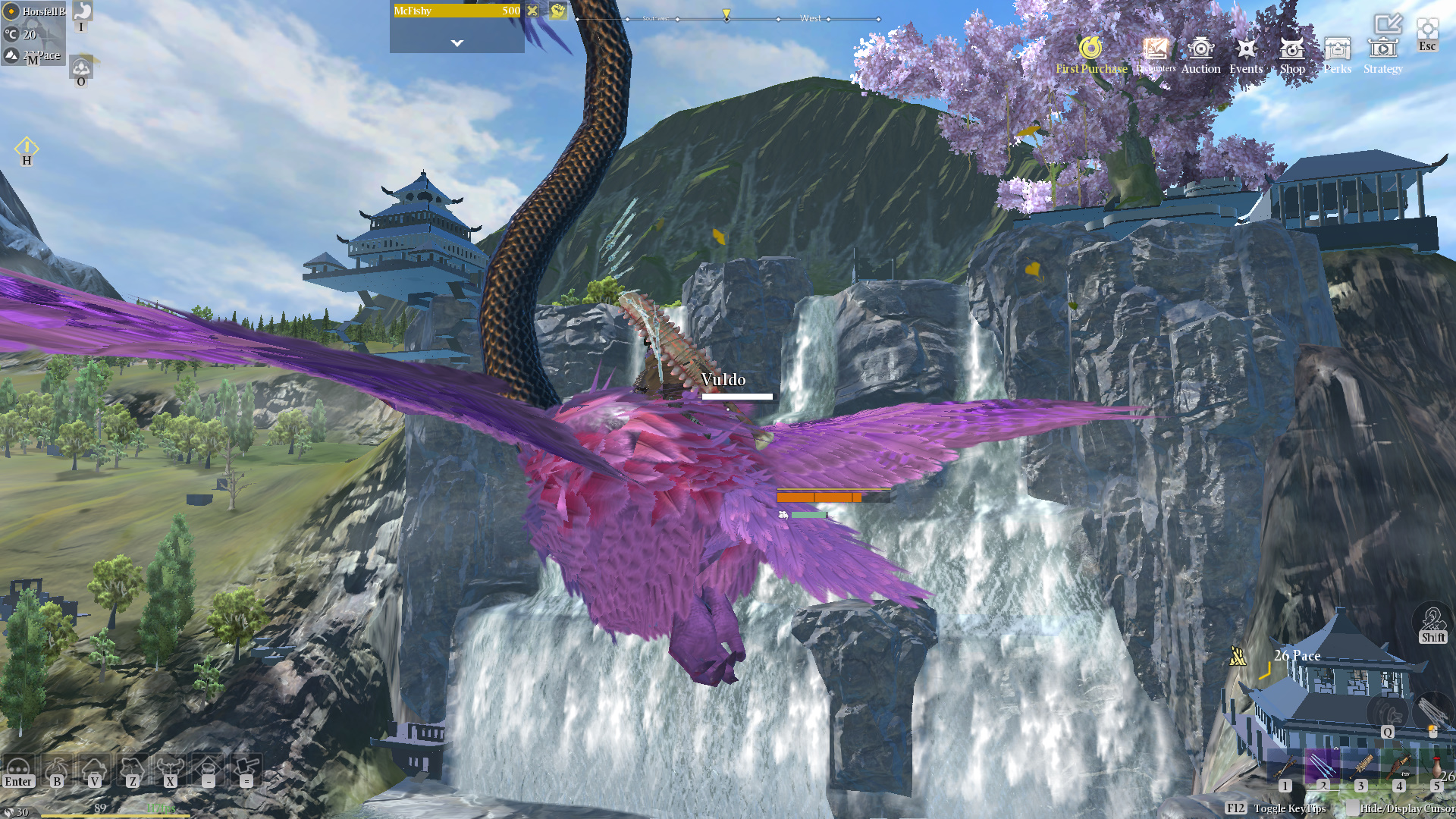 As usual, polling will close up at 1:00 p.m. EDT this coming Friday, September 2nd. In the meantime, I have a fresh new monster to ride into the sunset. Maybe I’ll add this one to my go-to streaming games rotation…