If you haven’t poked your head into Guild Wars 2 this week, you’re going to want to do so, as ArenaNet is doing something I can’t recall it ever doing before: giving away a pony. OK, it’s not a pony, since you can’t ride ponies on Tyria. In fact, this might be better anyway because you get to pick your mount flavor.

In a nutshell, this week’s update grants a Black Lion Special Mount Selection License to everyone in the game. To claim it, you’ll have to head to the cash shop and click through to grab it, and then it’ll show up as a selector item in your mail. Once you double-click it, you can choose from a range of older skins for raptors, bunnies, skimmers, jackals, rollerbeetles, griffons, warclaws, and skyscales. 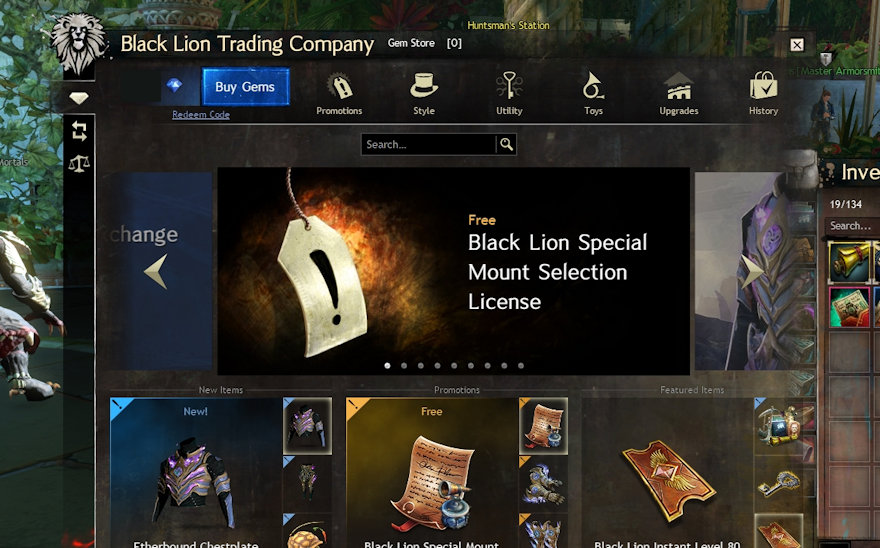 It’s not every single mount skin the game has ever offered; for example, I don’t see some of the event-themed ones, the mounts that came with various bundles, or the standalone one-off mounts that I tend to prefer, but it’s still a lot to choose from.

In fact, there was a bit of a kerfuffle over which skins were available as the original promotion showed mounts not in the box. ArenaNet corrected that misfire last night.

We apologize about the confusion stemming from the video. The mount skin selection shown in the video is incorrect. The free item is the pre-End of Dragons Mount Select License mentioned in the original tweet–which now includes skins from the original Mount Adoption License.

According to the original tweet, this promo will be around for the next three weeks. Yes, you can claim the choosy box without actually choosing anything just yet. (That’s what I’m doing as I’m indecisive!) Do note that you need to have unlocked the mount to actually use the skin in-game, but once you do, you can apply the skin to that mount for every character on your account.

Finally, while you’re in the cash shop, make sure you click around to the other free (0 gem) items currently on offer; there’s a makeover kit and a bonfire buff, for example. Happy birthday – again!

Vague Patch Notes: Loving an MMO isn’t the same as having a personality

Blue Protocol confirms an early spring launch in Japan, schedules an announcement at the Game Awards