You’re probably curious how we got to that New World headline, and no, it’s not because our Vitae Aeternum columnist enjoyed the Medleyfaire’s instruments (although he did and you should read his impressions of the whole affair); it’s because Amazon Games has shared some player poll results that say so.

According to the data, 49% of players agreed with Tyler that instruments in general are awesome, with 37% of players preferring the guitar. Incidentally, 35% of players are Team Boot over Team Tadpole – presumably because that was the thing they fished up the most during the fishing portion of the Medleyfaire.

The post that shared the poll results also offered some community shares in the form of a spontaneous dancing party and some screenshots, so those are worth a look in the thread and in the video below. We’ve also got the poll results infographic awaiting below the cut. 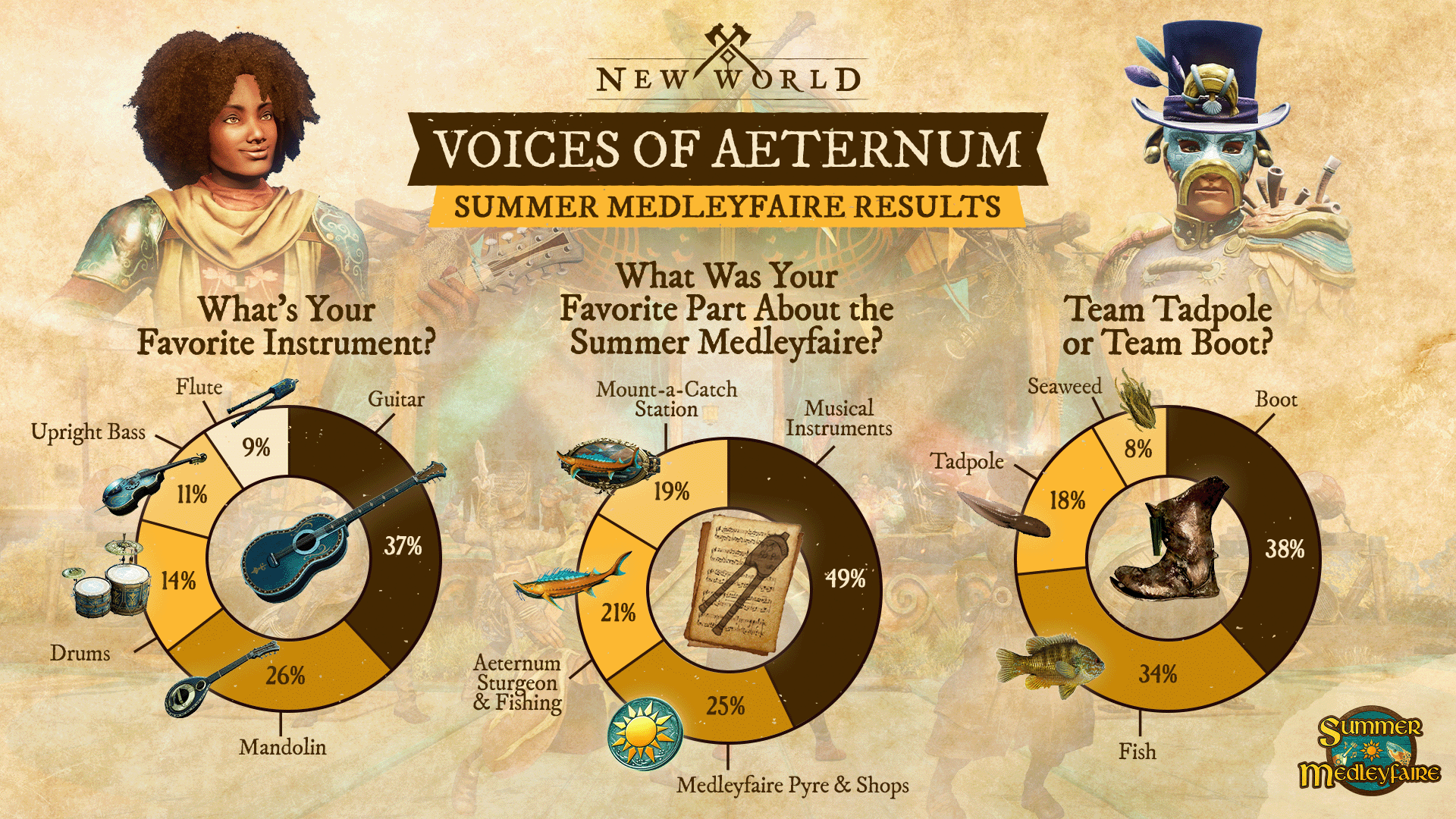 source: official site and the fact that guitars are awesome
Advertisement