Crazy queues and jam-packed servers or no, Wrath Classic will hit our world (of warcraft) in a little over a week from now. The return of the MMO’s most lauded expansion is set to arrive on September 26th, and Blizzard wants to help Northrend-bound adventurers to be ready for it.

On the site, the studio posted a global rollout schedule for Wrath Classic, with the Americas kicking off the fun on the 26th at 3:00 p.m. Pacific and 6:00 p.m. Eastern that day. But as this is releasing simultaneously across the globe, some regions — such as Europe — will be getting it in deep into the night while Asia and Oceania will see it land on the morning of the 27th.

And if this is your first go-around with Wrath of the Lich King in its older form, Blizzard also posted one of its trademark survival guides to help you get your footing. The expansion adds nine zones, the city of Dalaran, and Death Knights to the legacy servers. 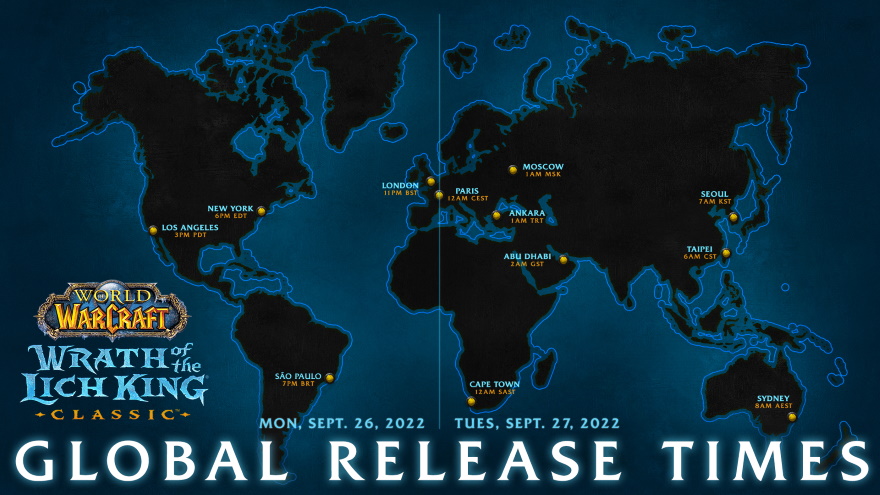