RuneScape promised to outline plans for its next series of updates in its weekly newsletter, and sure enough it delivered. The devs at Jagex have offered up a general roadmap of updates for this year and next year, which include more story, a new skill, and more quests to take on.

As fans might expect, the story arc for the Legacy of Zamorak will continue with quests and mini-quests, boss battles, and flash events. In addition, the devs are working on a new skilling location, master max capes, a full release of the Jagex launcher, and more retro overrides in 2022. The post also offers some vague looks into 2023 content updates, which will include a new skill for players to learn, a new storyline, updates to death costs, and a new training method. There’s an image below the cut that condenses RuneScape’s plans for the next two years.

Meanwhile in Old School RuneScape, the game’s latest patch is once more making adjustments and fixes to the Tombs of Amascut raid’s bosses, all of which appear to be the final set of needed tweaks to the content. The patch has also made changes to ongoing beta tests for Wilderness bosses and quest speedrunning based on player feedback and observation. 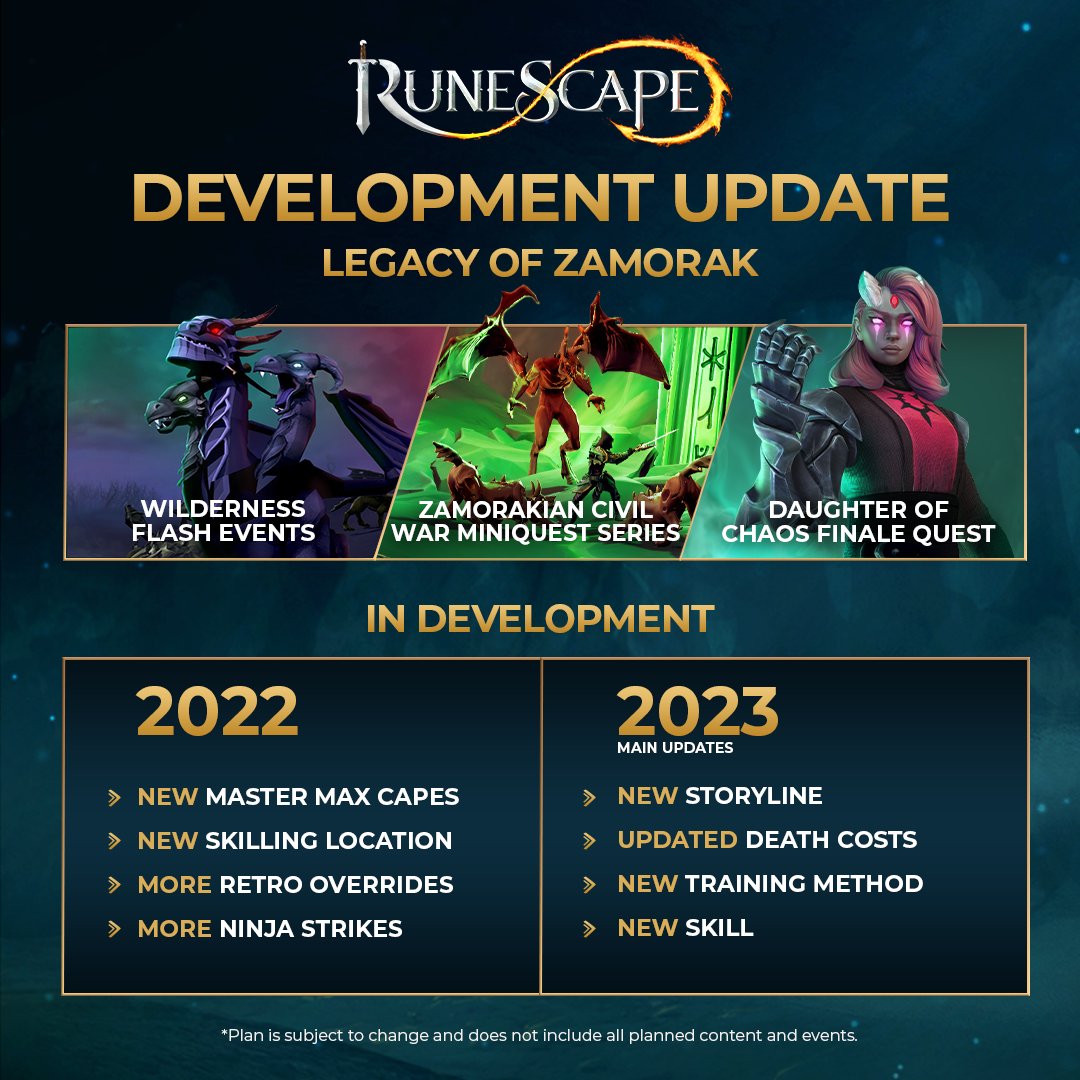 The Daily Grind: Which MMO has the best general chat function...