While most of you toil and adventure away in the gravity well of a single planet, some daring MMOstronauts (is that a term? It is now!) blast off into deep space to see what else lies out there. Spoiler: It’s a gigantic ship-eating squid named Percy.

Minimalistway is the captain on deck at this moment: “I’m having a new adventure in a new game. So far I’m confused by EVE Online, but I’m having fun.” 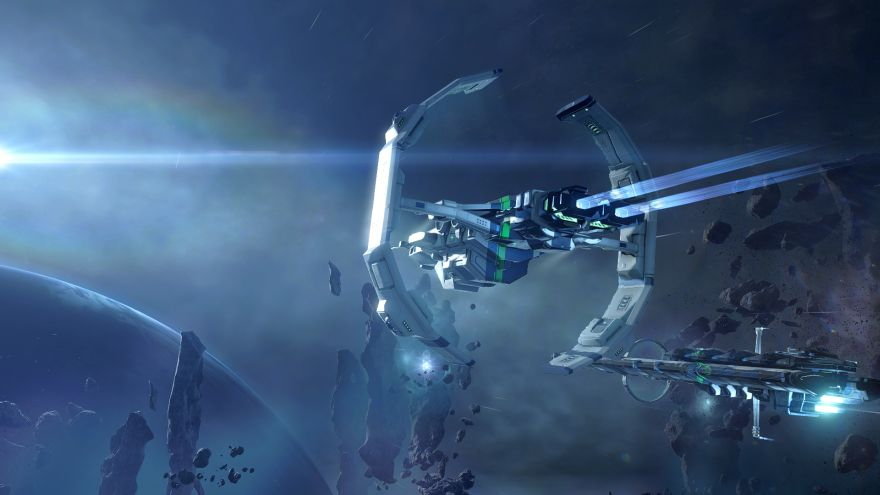 Next up may well be a game debut for this column, bringing us into a long-running (yet often-rebooting) horror MMO. 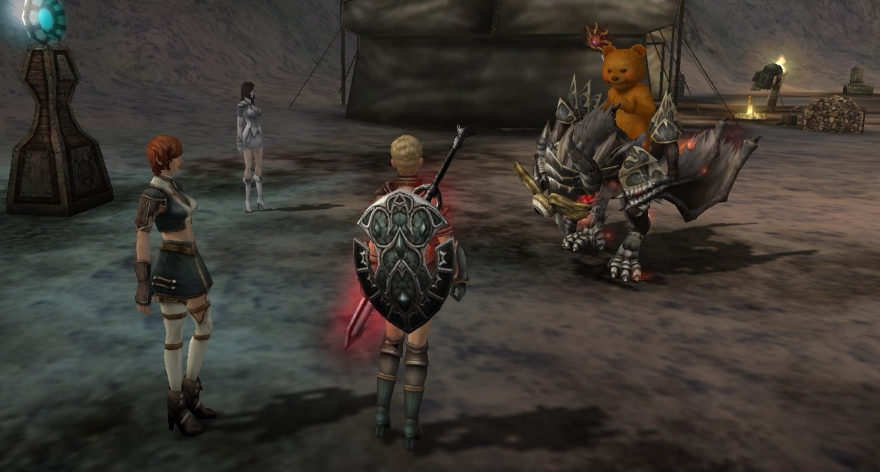 Meanwhile, Vincent has firmly rejected the muted earth tones of past eras for neon amazingness as he shows off his Fae’s Crown longbow in Final Fantasy XIV.

“May it be a light to you in dark places, when all other lights go out,” Vincent posted. “This was crafted, in part, with a gossamer fae wing that was liberated from its owner in the Dancing Plague.” 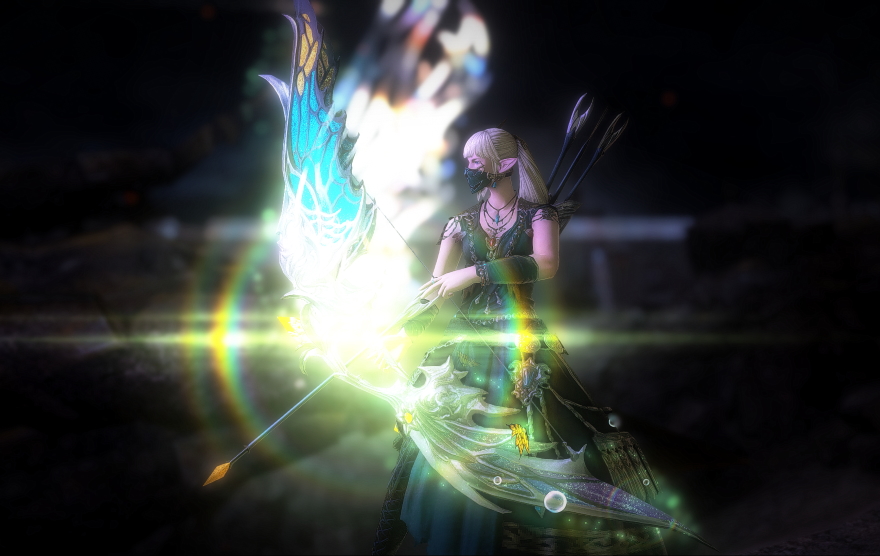 And keeping with the theme of normalcy and subtlety, Scott takes a water-dwelling beast to a place that is absolutely drenched with a lack of liquid.

“Well, I was gonna show you my motorcycle on the moon, but I decided to take my brand new Hippo Cart there instead! Hippo Power!” 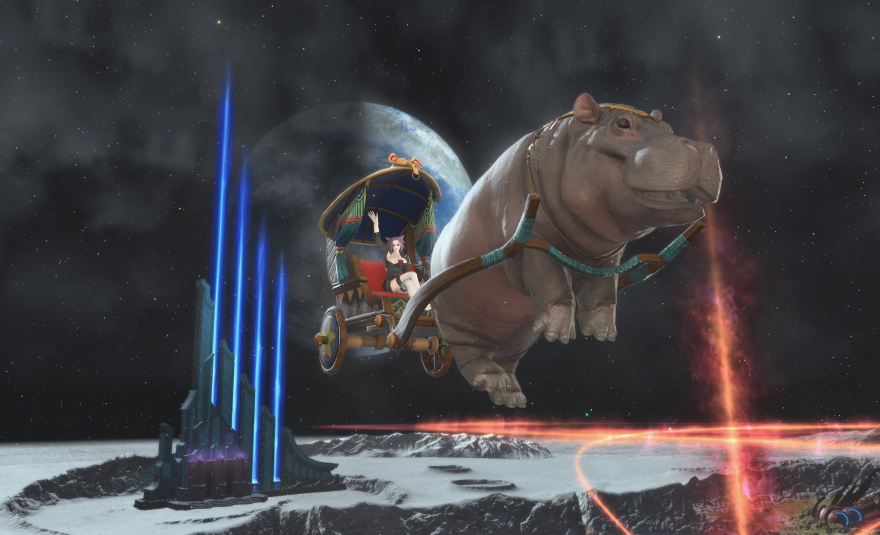 Finally, Hurbster dug up some old World of Warcraft screenshots and shared this picture of a pretty — but probably mosquito-infested — swamp from the good ol’ days. 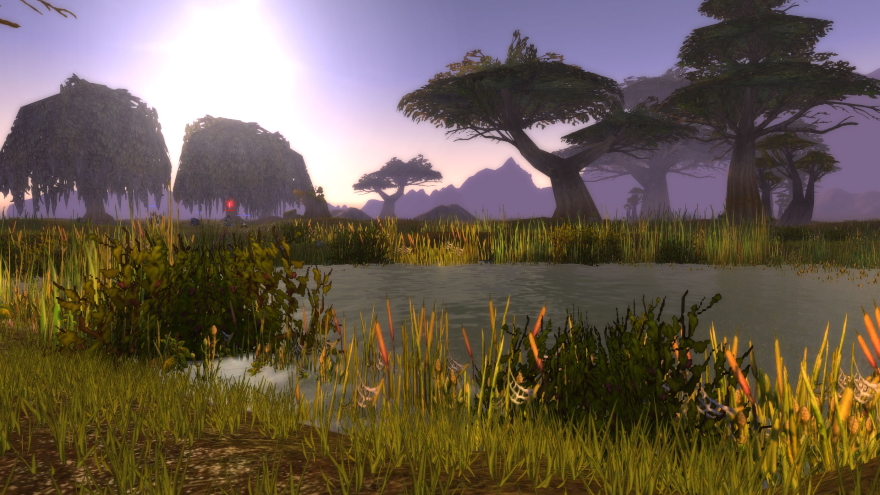 Now it’s your time to shine! Join us down in the comments as we post pictures and stories from our recent MMO adventures. Bonus points if you can highlight a game that’s rare to this column space!