Amazon must be feeling pretty pleased with itself, seeing as how it’s turning around New World’s playerbase slump just as the game is turning one year old. To celebrate, the company has just released an infographic talking up some of the game’s numbers. To wit:

You can see the whole graphic below; it sounds like a deep-dive blog is coming this afternoon as well, and we’ll update with that when it’s live [Update: It’s live now; we’ll include it all below, but it’s largely a preview of the Brimstone Sands content already in development]. Happy birthday, New World. 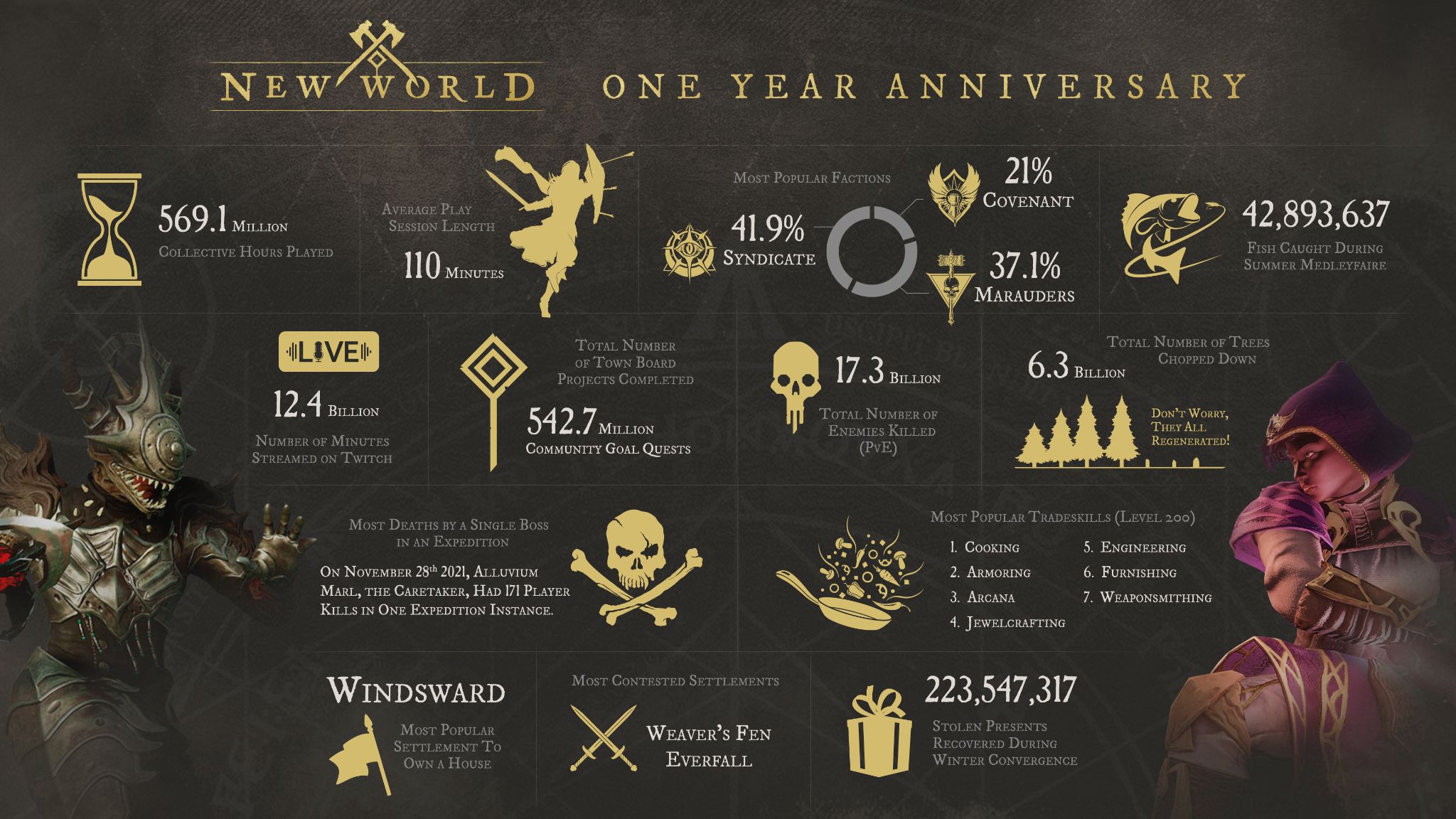