Another MMO is making its way off of the sands of early access and into the ocean of full launch. Sandbox MMORPG Wild Terra 2 announced on Steam that it’s scheduled to release on Thursday, November 10th, with a full roadmap of updates slated to arrive before and after the fact.

END_OF_DOCUMENT_TOKEN_TO_BE_REPLACED

Wild Terra 2 has a couple of additional features to get out of the door before launch including cosmetic hats and updates to storage chests and the tutorial. After that, the game’s launch will see new servers added along with achievements and leaderboards. Incidentally, there will be no server wipe when the game launches, and though the new servers will be offered to new players by default, they can choose to start on a legacy server if they wish.

After that, the devs at Juvty Worlds will work on guild updates like guild siege events, the addition of tavern social spaces, and improvements to fishing in the first half of 2023, followed by new weapons, a new continent, new skills and abilities, and weather effects in the second half of next year. The roadmap is available after the cut; click on the image to view it in full. 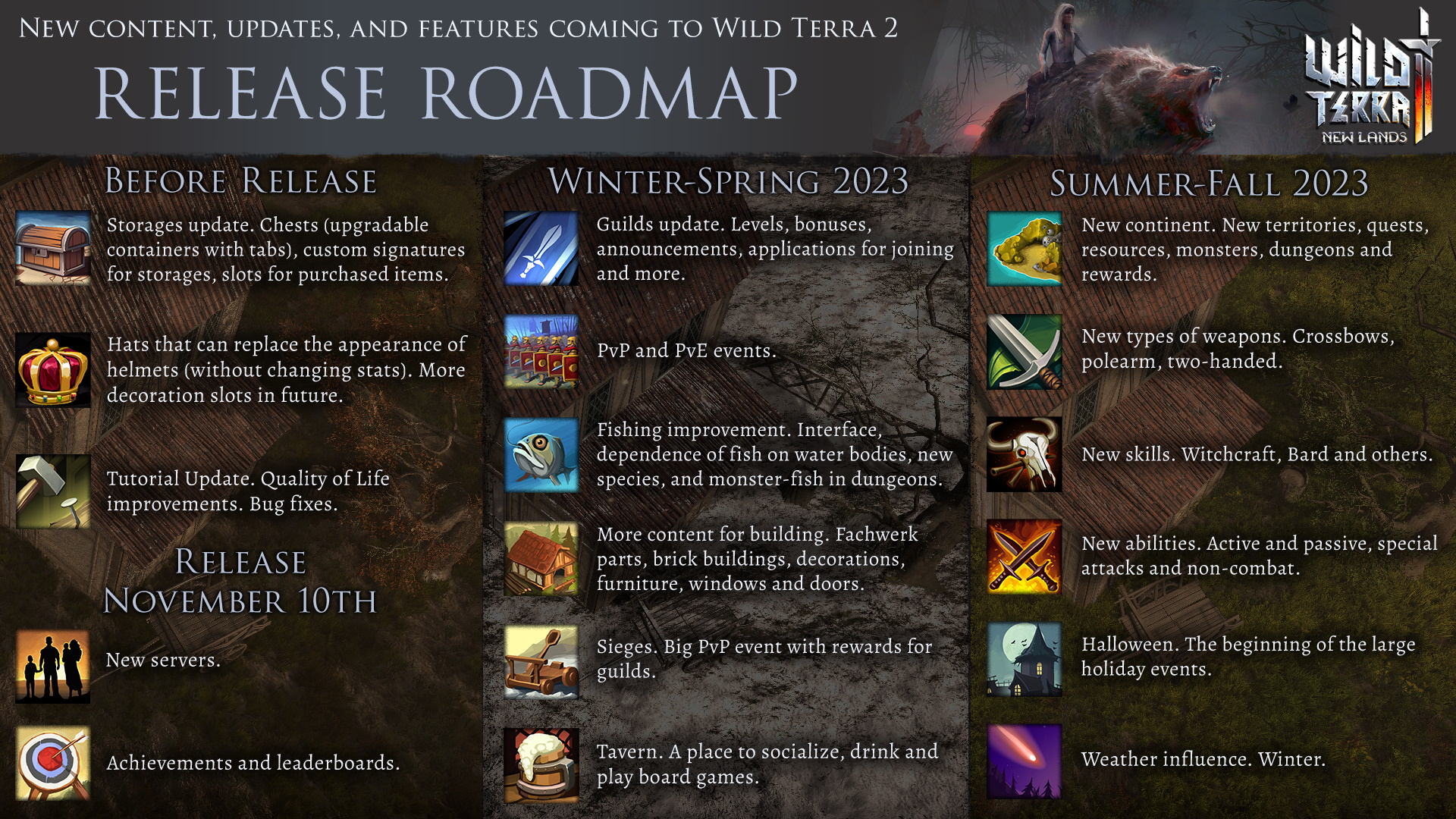