So just how did yesterday’s Brimstone Sands launch go for New World? That’s what we’re here to compile, but the answer to the question can be summarized in a single word: bumpy. But then that’s probably not a big surprise.

We start with a look at the game’s server status page, which shows 20 out of 36 servers are locked to new character creation and character transfer, particularly in the US East, EU Central, and nearly every single server in the AP Southeast cluster, while players have also been experiencing queues.

While most of this is probably not too shocking as Amazon Games had been posting alerts to help players prepare for the flood, there is still the issue with new servers being created but not open to transfer, exacerbated by the fact that Amazon is not giving out free transfer tokens.

On the subject of server woes, Amazon Games announced yesterday that some server restarts were needed to help with performance at the Brimstone Sands location. The devs also had to turn off drops from specific mobs to adjust rewards and XP. Finally, Amazon has compiled a list of workarounds for some known issues while the devs work through them.

As for more player-minded metrics, the game’s subreddit is something of a mixed bag of posts including bug reports, some general appreciation, and a few mechanical questions scattered along the sub. Meanwhile, the game’s player population continues its upward trend with another 65K players being counted in-game as of the past 24 hours. 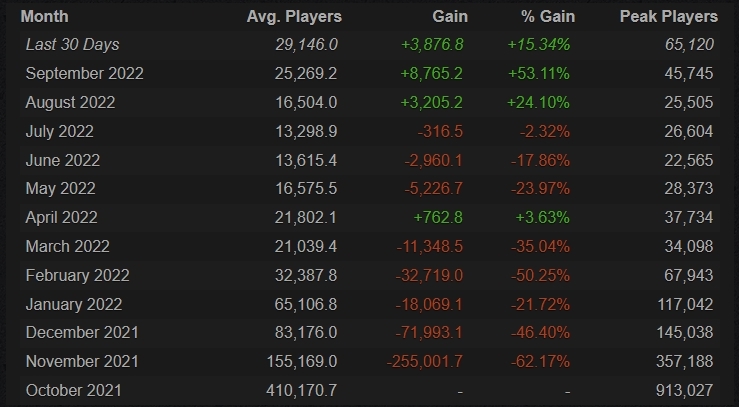