We come now to part two of my early impressions of New World‘s sprawling Brimstone Sands update. Previously in our Vitae Aeternum column, I covered the Halloween event and Brimstone Sands itself. Today, I’ll look at a new weapon and some sweeping changes to the open world experience.

I’ve only briefly tried the greatsword so far, but I’m a bit disappointed Amazon went the “slow and clumsy” route with it, as that’s not my personal preference nor how greatswords worked in the real world. But the animations and sound effects are once again impeccable, and there’s an incredible feeling of weight behind each strike, which is nice.

As previously previewed, greatsword is all about the two stances associated with its talent trees. Swapping between both stances seems like it will be a very challenging, high-skill playstyle, but it’s also quite easy to just focus on one stance and never bother with the other if you prefer.

Of the two, I enjoyed Onslaught more. Defiance’s big perk is blocking while you charge heavy attacks, but there’s still windows during attack animations where you can be hit, so it requires very careful timing to get good use out of it. Onslaught, meanwhile, is much simpler, and its faster charge-ups on heavy attacks let you truly feel like an onslaught of steel and fury.

Overall, I don’t think the greatsword is going to be a weapon I use a lot, but I think it will find a lot of fans.

Ironically, my alt addiction has prevented me from experiencing much of the leveling revamp as both my characters already out-level the new quests. You can run most of them on existing characters, but I’d rather tackle them on-level. 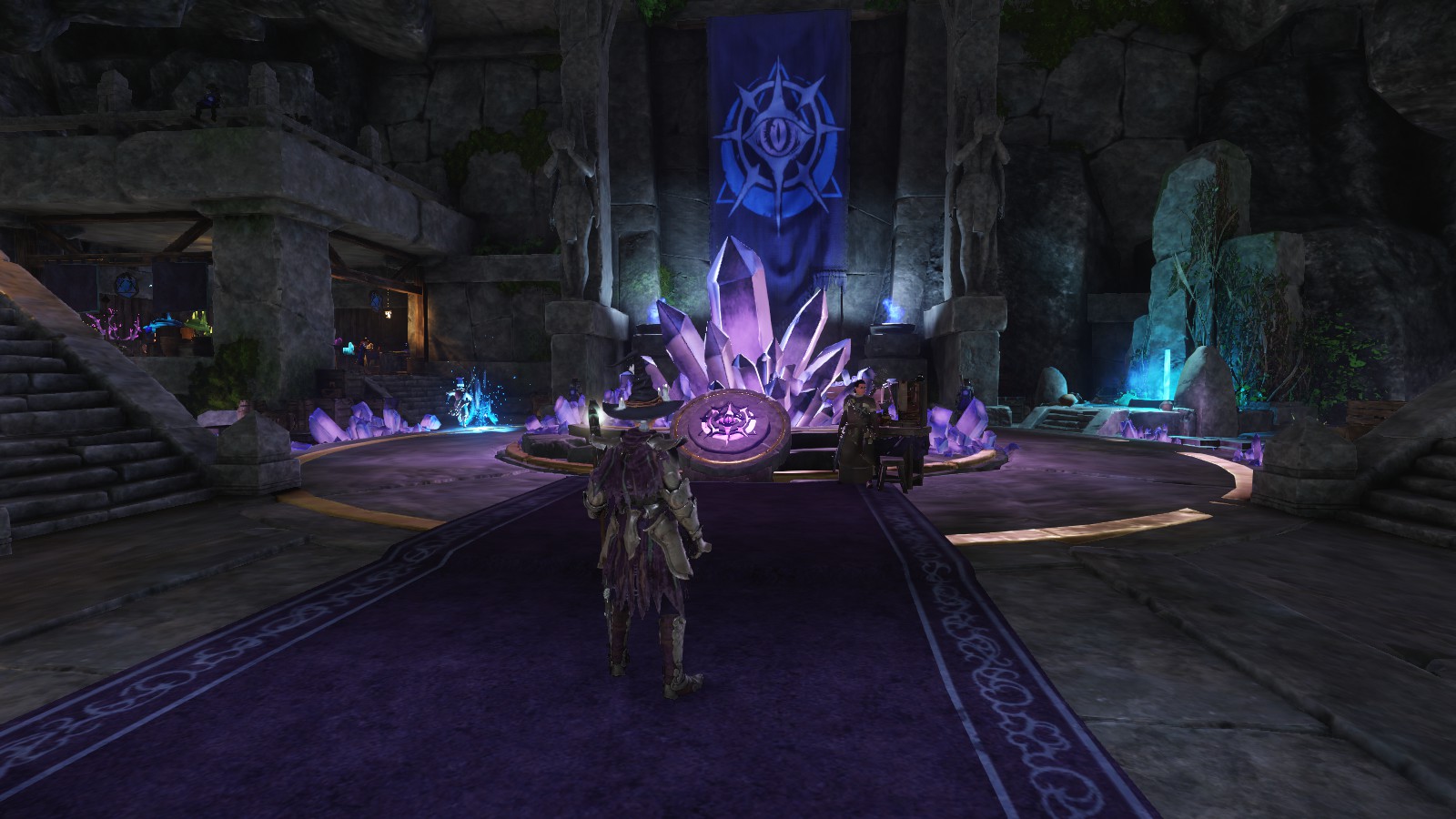 Amazon is still planning to add a third character slot as promised, but not until the fresh start servers launch early in November, so I’ll wait until then before diving into the new leveling.

However, I can say that feedback from those who have already played the new leveling experience has been overwhelmingly positive. While I don’t think it’s been officially confirmed yet, I think a similar revamp of the 25-60 experience is now all but guaranteed.

That does leave the game in a bit of a weird limbo state for the time being, caught between the old and new leveling content. The drop-off in quality from level 25 on was always significant, and now it’s going to be a cliff. If you’re a new player looking to join or someone planning to reroll, I think it would probably be best to wait until leveling has been fully updated.

Meanwhile, I have toured a bit of the changed zones while I wait for the third character slot. The town in Monarch’s Bluff looks a lot nicer, and the new faction headquarters in Everfall are a nice touch. Right now there doesn’t seem to be a lot of utility to the HQs, but it does raise the interesting prospect of more factional content down the road.

I’m a lot more mixed on the changes to Everfall’s main town, though. The new Victorian architecture is pretty, but I liked the old version, too.

More upsetting, my beloved house on the hill has had its view cut off by a huge, ugly brick wall. It’s a relatively small house, and without the view, I’m not sure how Amazon even justifies labeling it as a tier four now.

I’m not so invested in housing that this ruins my experience of the game or anything, but it is frustrating. I wish they had at least offered us the option of full refunds on our altered houses. Most likely I’m going to move to a different house in Everfall now, but it will take me a while to save up enough gold for another T4. 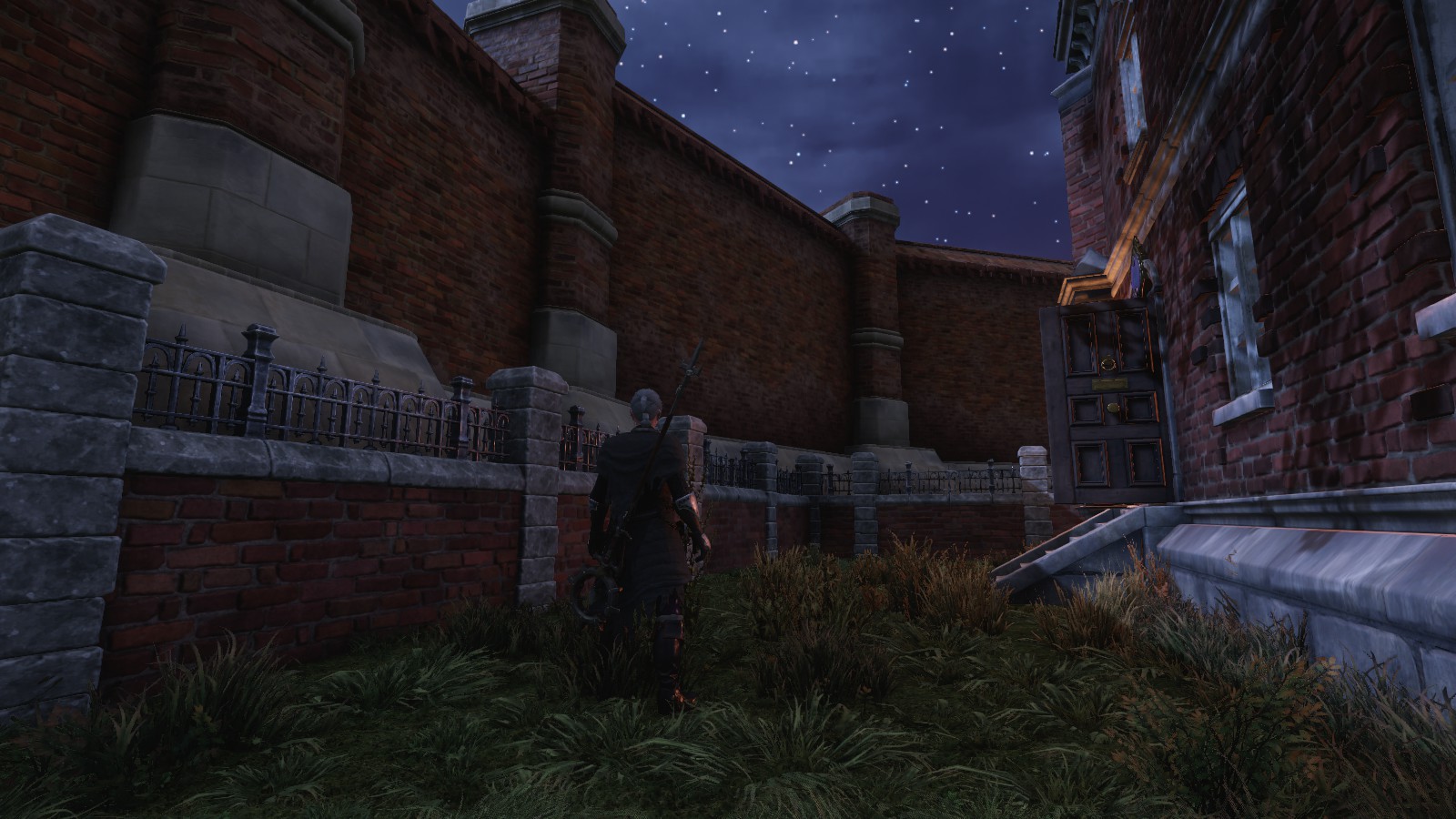 I’m also worried this sets a bad precedent. As a longtime World of Warcraft veteran, I know well the dangers of a development team that cannot stop tinkering. So far the changes made to New World since launch, even the drastic ones, have been overwhelmingly positive, but did we really need to reskin whole towns, even at the cost of disrupting housing people had already invested a lot of time and gold into?

Zones aren’t the only thing that’s changed. Mobs across the game world have also received some extensive changes. No longer do mobs have resistances to the various damage types, and grit and stagger have been removed from a wide swath of NPC attacks.

Prior to the patch I saw a lot of people worried this was too much of a nerf to the game’s difficulty, and while some of it is surely just grognards grognarding, I do somewhat sympathize with the concern. One of the best things about New World is that it’s one of the few MMOs on the market where the open world is actually challenging, and I wouldn’t want to see that change.

But these are both mechanics that made things harder in an unappealing way. It wasn’t particularly interesting to have player damage be arbitrarily reduced versus certain mobs (especially if, like me, you’re a focus-user and have access to only two damage types by default).

Similarly, having stagger from so many different sources was simply frustrating. Yes, it encouraged good play by making dodges and blocks important, but it made mistakes too punishing. A single missed block could lead to you being stun-locked for several seconds as each stagger led into another, and if you pulled multiple enemies at once, gods save you. 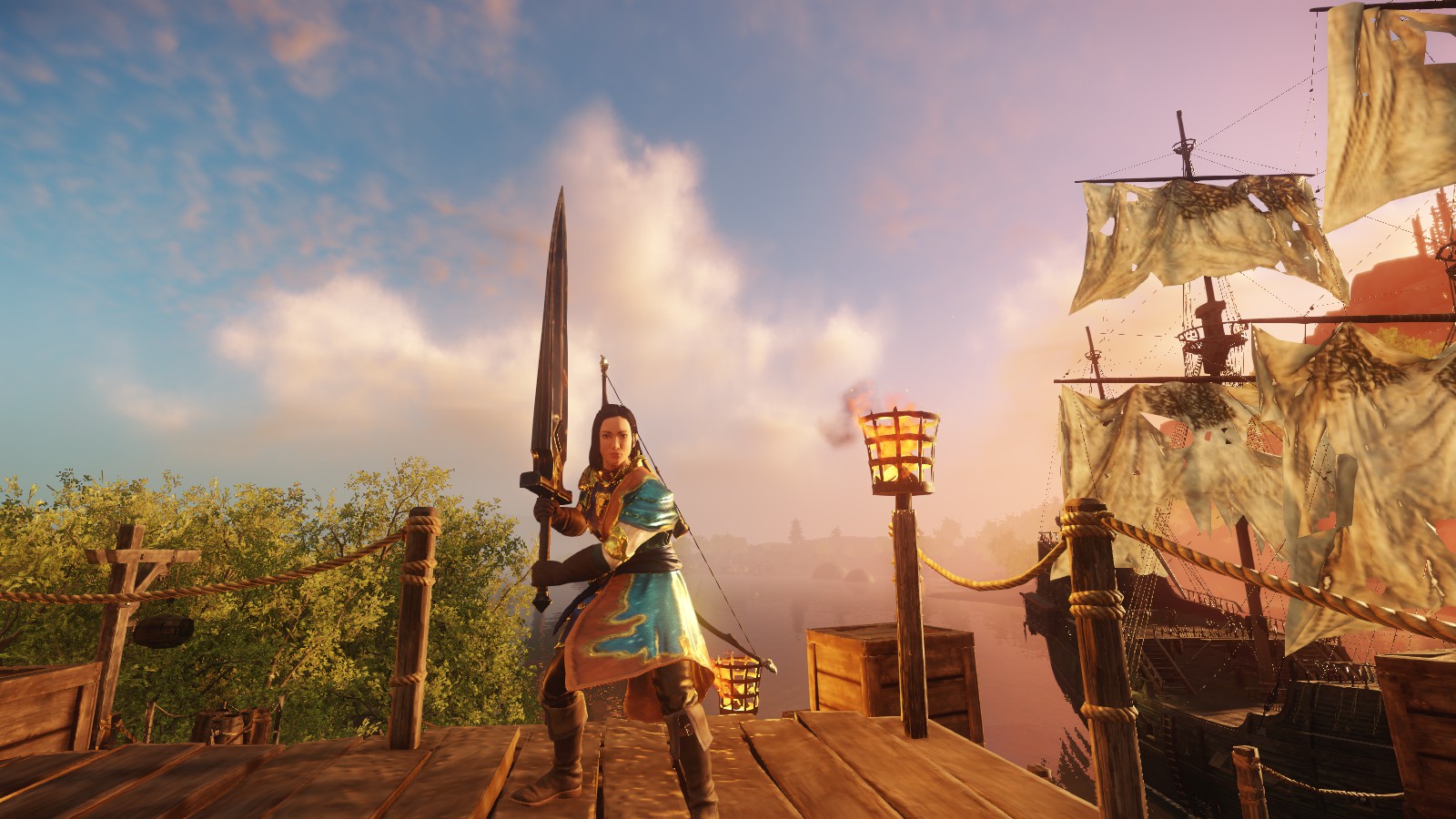 It’s also important to note that mob stagger isn’t gone entirely. There’s a lot less of it, but it’s definitely still there, especially on larger and more challenging enemies.

This now at last matches up with the changes made to player attacks before launch. Once upon a time, pretty much everything we did staggered, but now only occasional powerful abilities do. When we lost most of our staggers, the NPCs kept theirs, and combat hasn’t felt right since.

To be honest, I still wonder if keeping stagger for everyone might have been better, but having stagger being an occasional thing for both sides is vastly preferable to keeping it one-sided.

Mob damage and health have also stayed largely the same (bar some targeted changes to specific enemies), so blocking and dodging are still very much relevant tactics. So while things are a bit easier now, they are still not easy. Trust me, once you get to Brimstone Sands, you won’t worry that mobs have lost their edge…