When I first took a look into Mist Legacy during a livestream, I was both intrigued and charmed. The game basically looked and played like a virtual tabletop program and a classic JRPG combined into one, with a significant emphasis on worldbuilding, lots of text to read, and a potentially interesting overall narrative to dig in to. This past weekend saw me dig in more thanks to the voting whims of you fine folks, and I’m now coming away with some somewhat different initial impressions.

I will have to first admit that I wasn’t really able to push the envelope of the game world very much here, so if the screenshots sprinkled throughout this article look kind of like they’re from the same area… well, that’s because they were. But that’s because this game kind of forced me to, imposing this weird melange of themepark level limitations and sandbox exploration that seemed to suggest I could roam around but then would kick my ass with high level mosquito enemies. It was the MMORPG gaming equivalent of the “no take, only throw” meme. 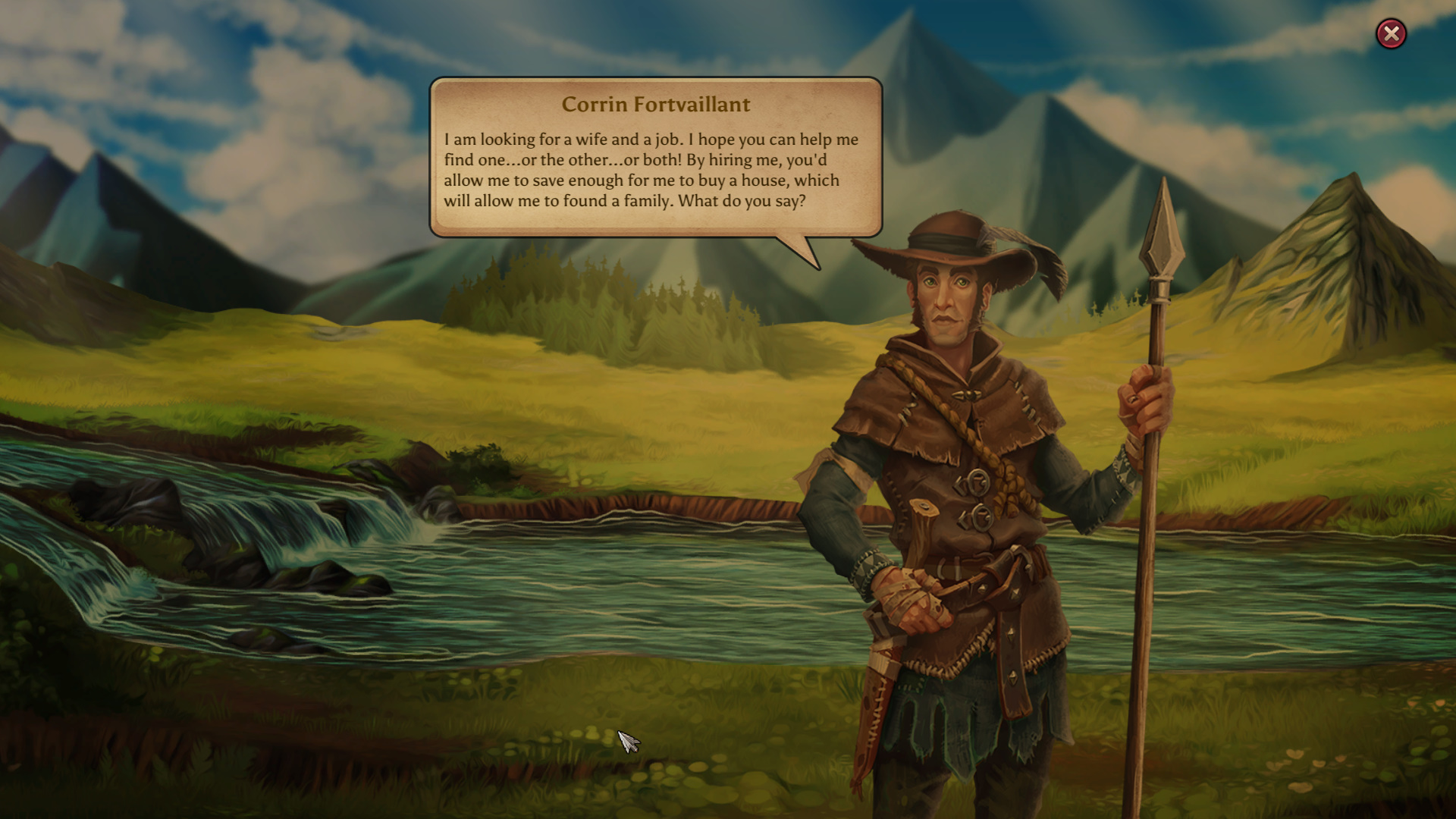 Mist Legacy has sections of its map that are specifically cordoned off by level limitations, but those limits aren’t really obvious until you happen to move into an area and see a bunch of enemy icons pop up with level numbers higher than your own, while at the same time it has a series of main and side quests that try to keep you corralled to a very specific portion of the map. Even so, after a certain point those quests also got into levels that are higher than I was, meaning I was kind of stuck sliding my little token around the Inkarnate-looking world map to grind up levels and skills.

It’s here that the semi-idle nature of Mist Legacy comes into play. Combat is turn-based and focuses on managing slowly regenerating stamina that’s used to unleash special attacks or spells. It’s kind of humdrum, but in a comfortable way; if you’ve ever played any old-school JRPGs of the 8-bit or 16-bit eras of gaming or even PC classics like Wizardry, you can probably get a sense of how things operate here. I can’t really speak to the game’s depth of combat, however, since most of the time I wasn’t really learning anything new by leveling and the few skill books that were available to me were kind of expensive. I assume those aren’t the only ways to learn new things, however; I did get a heal spell as a quest reward at one point.

Leveling up also isn’t specific to the character, either. There’s levels for pretty much everything I was doing, whether it was harvesting resources, using certain types of weapons, performing quick little objectives in locations, or clearing quests in certain biomes. It’s one of those games where you learn skills by doing them, but it also kind of feels like a slog. 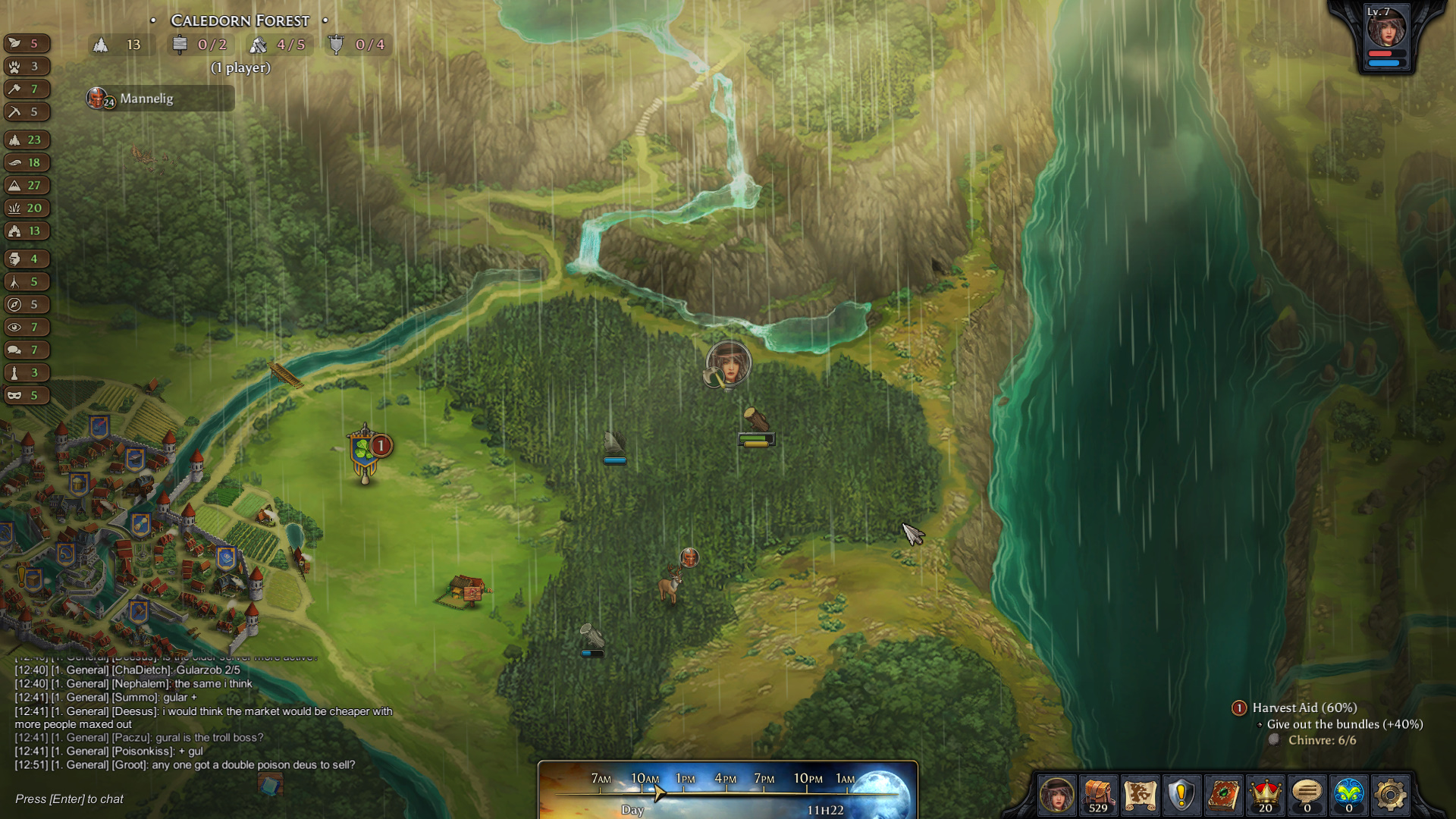 A lot of that feeling wasn’t helped by the fact that a great deal of the game’s smaller content is time-gated. For example, while the open world has a very large number of gathering nodes dotted around it, every single one of those nodes also doesn’t refresh until several real-world hours tick by. Since gathering those things was also tied to crafting, I would very often find myself in a position where I didn’t have the skills necessary to gather the materials a quest needed or enter an area that had materials, and sometimes those materials were in places that had enemies well above my level range.

On top of that, the game’s encumbrance system often had me moving away from the game world to my home dimension – a sort of personal stronghold – in order to craft things. Crafting isn’t done in the game’s regular map; it’s done at a separate home instance that can only be accessed by walking to portals dotted around the world. Once again there are some good ideas from other sandbox MMORPGs here too, such as quality of materials improving the kinds of things you can make, but there are once more additional walls thrown up here, like limitations of crafting workshop size that halted me from making a wooden cart. Or a pickaxe. Yes, my workshop was evidently too tiny for a pickaxe.

What’s more, this home instance has ways to expand in size, but that requires competing quests, which require mats found in certain areas that were too high level for me at the moment, which required me to grind out in a certain little pocket before I could do anything – or wait for the timer to tick down on a resource node before I could get its goodies again.

I also got a wolf puppy pet to aid me in combat, but the thing gets one-shotted so often it’s almost useless. I suppose the wise thing would be to grind out the lower level areas to raise its own levels, but I just wasn’t really feeling motivated to do any of that. 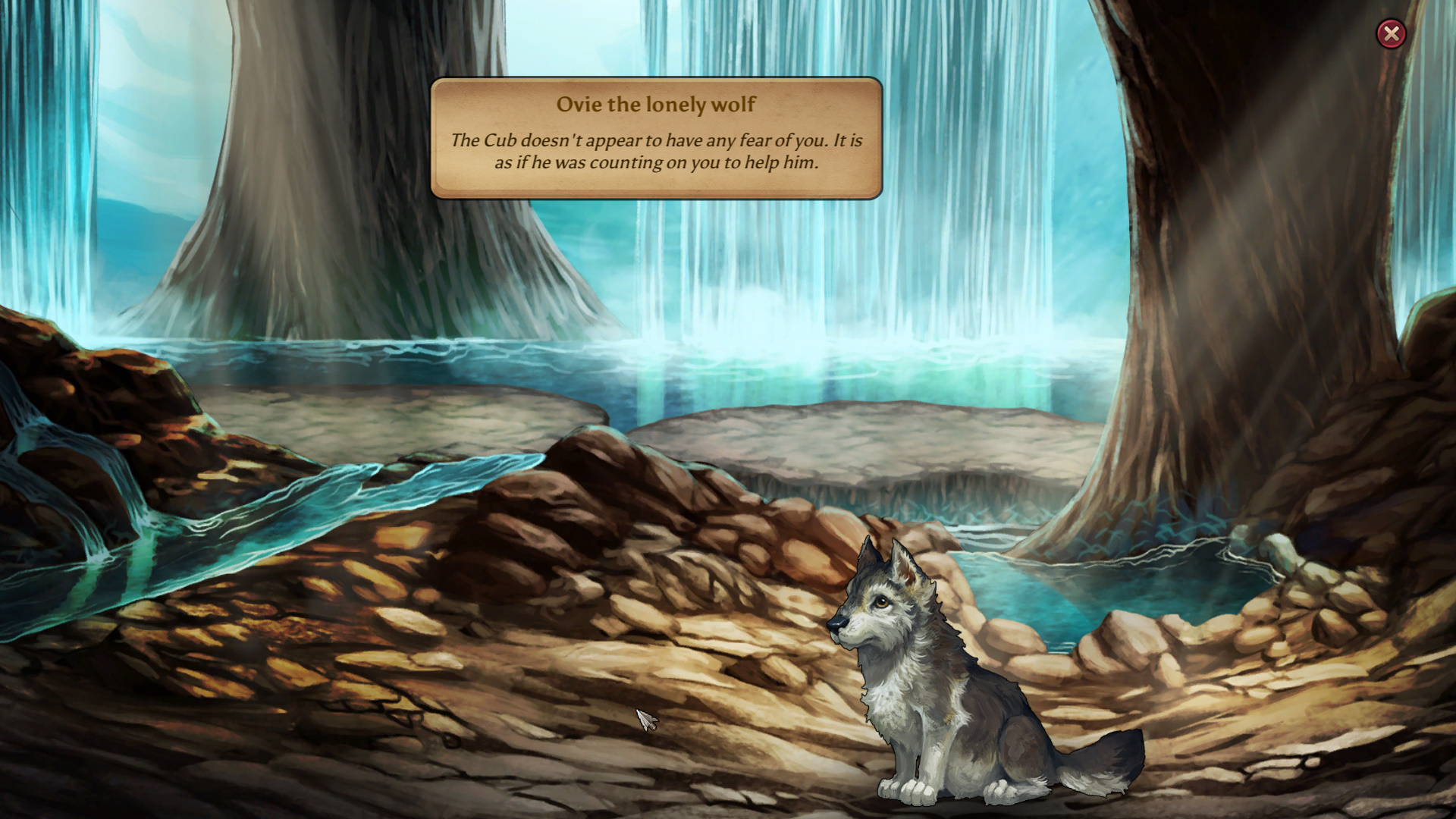 As usual, this column isn’t meant to be a space for final review or judgment of a game, but it’s hard not to feel like Mist Legacy is incomplete somehow. It has a whole vibe that encourages taking your time, reading everything, and absorbing a lot. It has a whole bunch of gears grinding away and bars to fill. It has neat ideas, good writing, and a whole experience that is hard to compare to many other things. But it also doesn’t feel like it’s finished in spite of it not hiding behind an early access or open testing paper screen.

This one’s kind of weird. It’s weird. That’s all I can really say. But then, this is the quirky block, so that tracks.

To that point, I apologize if this month’s idea is ending up like a pain parade, but if it’s any consolation, it’s more painful for me. Still, nothing ventured, nothing gained when it comes to delving into the weird corners of MMORPG gaming, and so we move on to decide where to head to next. 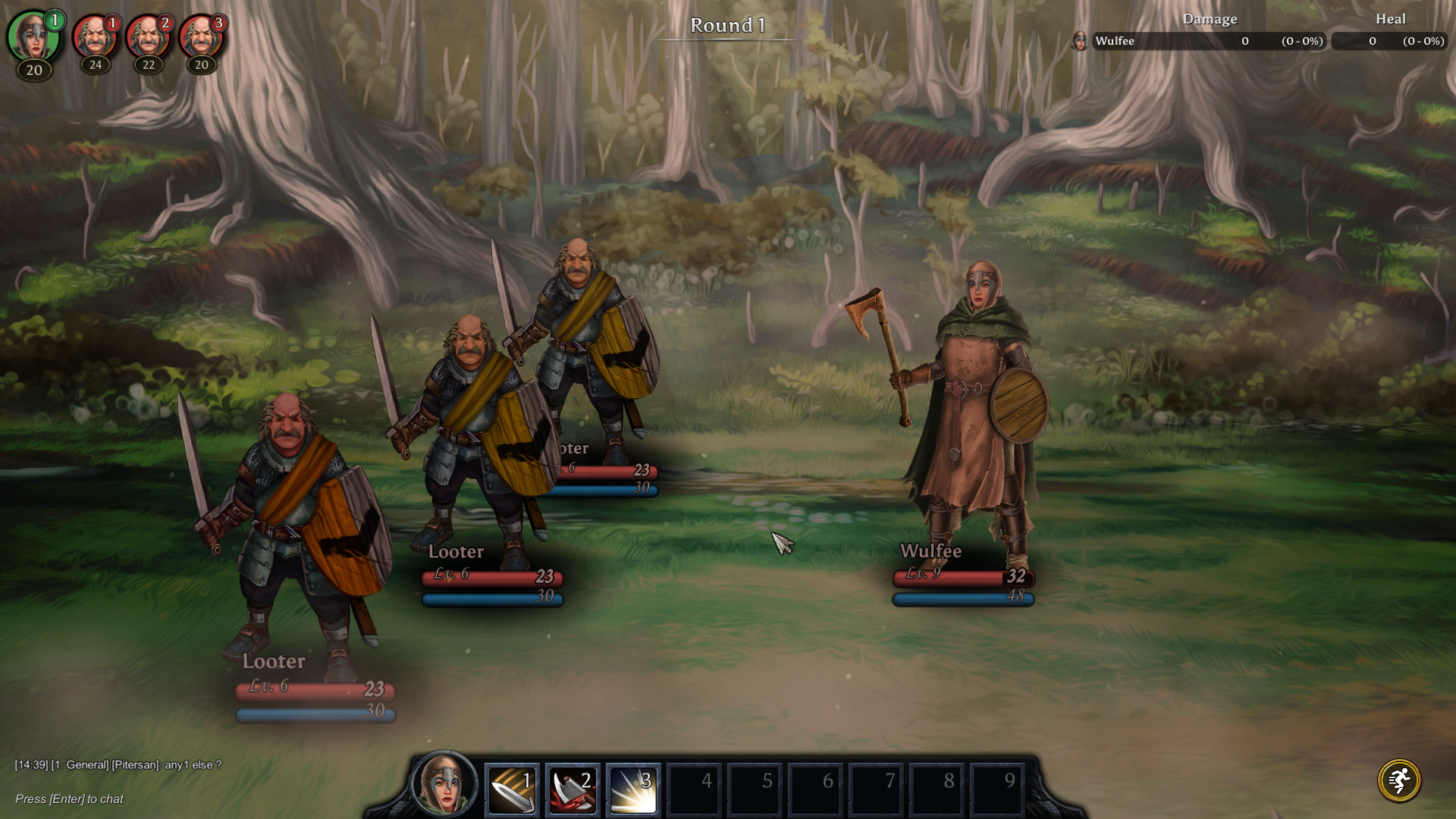 As usual, polling wraps up at 1:00 p.m. EST on Friday, November 11th. I’m hoping we can all find some gold in this mine soon. Stick with me and I’ll stick with you, friends.