I love airplanes. I love the Grand Theft Auto series. A big reason I love the Grand Theft Auto series is its airplanes, and more specifically, the way they’re basically comic book analogues of real-world craft. GTA has always been more of an arcade game than a sim, at least when it comes to control inputs, but developer Rockstar has nonetheless done a bang-up job with what I like to call pseudo-realism.

Just this week I discovered that all of GTAO’s aircraft feature working cockpit instruments! It’s one of those features that goes unnoticed if you play exclusively from a third-person perspective, but I love roaming around Los Santos as my avatar rather than as his puppeteer, so my personal immersion factor went through the roof when I hopped in a Duster and realized that my altimeter, airspeed indicator, and artificial horizon were functional! 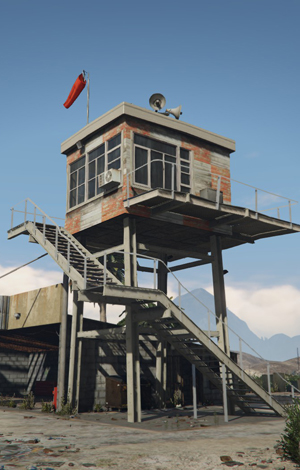 The instruments add little in terms of gameplay, since the arcade flight model means that you’re never worried about maintaining a specific altitude, airspeed, or rate of climb so much as you’re worried about avoiding fast-approaching terrain and the looming sides of buildings.

Regardless, I love, love, love the fact that someone at Rockstar said hey guys, wouldn’t it be cool if we did this for the fun of it? It’s the sort of ballsy and feature-rich design ethos that’s largely absent from the MMORPG space in 2015, which is why I’m having so much trouble quitting the game even though I’ve finished the single-player campaign and I’m failing at turning my MMO buddies to the GTAO dark side.

Anyhow, this column was supposed to be about spotting real-world aircraft influences in GTAO. Or at least, that’s what I titled it. So let’s get back to that!

Oh and before we start on my little list here, it’s worth pointing out that a couple of the cooler flyable craft in GTA V’s single-player campaign are absent because they aren’t flyable online. I know, it sucks, but maybe Rockstar’s 747-analogue will make it into a future GTAO update.

Also, this list is for airplanes only because, hey, that’s what I like. Sorry, helicopter and blimp fans, but I don’t trust anything that’s up in the air without wings!

Remember those black MIGs that Tom Cruise and company were jousting with in Top Gun? Well, they weren’t really MIGs; they were North American F-5s with black paint and red stars on their tails. And the F-5 seems to be the main source of inspiration for Rockstar’s Besra. It carries a single pilot and thus far I’ve not managed to find a hijackable one sitting around the game world. You can buy one off the in-game Elitas Travel website, though.

This twin-engine piston jobbie will seem familiar to you if you’ve made any headway in the single-player campaign, and it’s one of my favorites since its based on the gorgeous real-world Cessna 310. Like the Besra, it’s kinda scarce in GTAO unless you want to spend 240,000 of your hard-earned dollars on Elitas Travel.

Rockstar’s Duster is a pretty good approximation of the real-world Stearman, albeit with a round cowling usually reserved for the 450-horsepower variants (and a goofy looking tail). Like its meatspace counterpart, the Duster holds one pilot — in the back seat for weight and balance reasons — and one passenger. Unlike its real-world counterpart, GTAO’s Duster can’t be flown by either occupant, which is a missed opportunity since it would be slick to offer a bit of dual instruction on occasion.

Rockstar’s Hydra is loosely based on the famous British Aerospace Harrier jumpjet, though it’s not a carbon copy. The defining vertical takeoff and landing feature is present and accounted for, and the Hydra makes for a fun change of pace that marries the speed of a jet with the maneuverability of a chopper.

I first encountered it in GTA Online’s Humane Raid EMP heist setup mission, as it carries the EMP in question and must be flown off of an aircraft carrier by one of the four players in your assault crew. You can also buy one for your personal use in GTAO if you’ve got a spare $3,000,000 lying about.

The Luxor is basically GTA’s answer to the venerable Learjet 45, though again it’s not an exact duplicate. It’s fast, but it also turns like a flying school bus, so I’m including it on my list of favorites mainly because it looks so pretty.

I’ve seen exactly one of them spawn in GTA Online thus far, but the good news is that there’s a cheaper version with the same sexy lines called the Shamal that’s nearly always parked on the ramp at Los Santos International. It lacks the badass black paint job, though, so you’ll have to decide if that’s worth the $1.5 million asking price on Elias.

As with the Hydra, my first experience with the Lazer came on that EMP heist. While my crew leader flew the Hydra off the deck of the USS Luxington carrier, I hopped in the Lazer pictured above and flew cover.

As you can see, it looks a lot like the real-world F-16, though it scraps the Fighting Falcon’s single vertical stabilizer for the double tail shown. It’s a riot to fly given its ludicrous speed and crazy roll rate. Oh, and Rockstar even threw on Kenny Loggins’ Danger Zone in the background as we were making our escape.

Unlike some of the rarer birds in this list, I’ve seen this one spawn randomly quite a few times at the Sandy Shores airfield in Blaine County. That’s great since otherwise it would’ve cost me a cool $450,000 to buy it from Elitas.

The Velum looks a lot like a real-world TBM turboprop, with a bit of Piper’s Malibu thrown in for good measure.

The Vestra’s an odd little duck, but one you’ll want to play with if you fancy flying through the steel and concrete canyons of downtown Los Santos. It’s tiny, but it packs a punch in terms of its powerful motors and its sensitive controls, which combine to make it ideal for tight turns and diving under bridges.

Sadly I haven’t seen a hijackable one in GTA Online, but it is one of the choices in the game’s myriad air race modes as well as buyable from — who else — Elitas Travel. It’s based on the realworld Cirrus Vision microjet.

And that’s all the time and space I have for this week’s column. Keep in mind that this isn’t a complete list of the aircraft available in GTAO. These are simply my current favorites!

Finally, here’s a quick tip that I wish someone had told me when I started collecting airplanes in the online version of GTA V: You can’t own hangars, so unlike your car collection that’s stored in the garage of whatever property you call home, your personal aircraft must be hand-delivered by Pegasus, whom you can dial up at any time on your in-game cell phone. Your bird of choice will then be waiting for you at the nearest airfield for a nominal fee of 200 in-game bucks.

Keep the blue side up!

WIsh I could get a Saint’s Row 2 like this. ( I specify this one because it was the best :P) GTA will have to do… ooh I need to see if Just Cause 2 MP is working…

RagnarTheDrunk I use a 360 gamepad to fly. It is great. I still need to see if it’ll support my flight stick though.

Pretty sad that you have to resort to buying most of these. Flying is probably what I spend most of my time doing when tooling around in online with friends. However being cut off to many planes (and cars) sucks. I just saved up enough money to buy the Bugatti Veyron (Adder) and now I have to save up for high end motorcycle and some aerial vehicles. I can understand that this is a way to get people to grind out money and participate in things… but not having them in the world at all is pathetic.

McSleaz Lheiah No, I have not played. I have been given the impression the map is huge, so was thinking 30 would make it seem fairly desolate and thought there were more technical reasons for the number. I’m use to PS2 where there is usually 50 to a few hundred players in an area of engagement. Good to know 30 gives plenty of activity. Thanks.

I think the Besera is more a match for an Aero L-39 Albatross then an F-5.

dirtyklingon BloodEagle Everything you buy from Warstock Cache and Carry has to be phoned in from pegasus, cant even put the monster truck in your garage ( that thing is totally worth the 500k it costs, but you can only buy it if you own a console version and transfer your character to PC)

dirtyklingon Everything in this game is EASIER with an xbox controller. I tried to use a keyboard/mouse for a couple hours, switched to my controller and havnt looked back.

Lheiah have you actually played on a server that has 30 people???????? Since you have to ask this question I’m guessing you have not. 30 people on a GTA server is BLOODY CHAOS.  Attack choppers, military jets, rampant murder, then a dump truck comes outta nowhere and flattens you(I’m driving). I usually end up hiding in my apartment for a half hour just to get some breathing room. It’s a concrete Jungle out there, 30 people is plenty.

dirtyklingon DeadlyAccurate Estranged Yeah, I’m the same way, flight sim junkie as a kid, pretty much anything with flying isn’t that difficult for me in comparison.

Craywulf Lheiah I think R* uses the P2P mesh system which would probably be the bigger reason why it is only 30 people.  Would be amazing if we could host dedicated servers

Project Gorgon works on a patch with new animations and low-end...