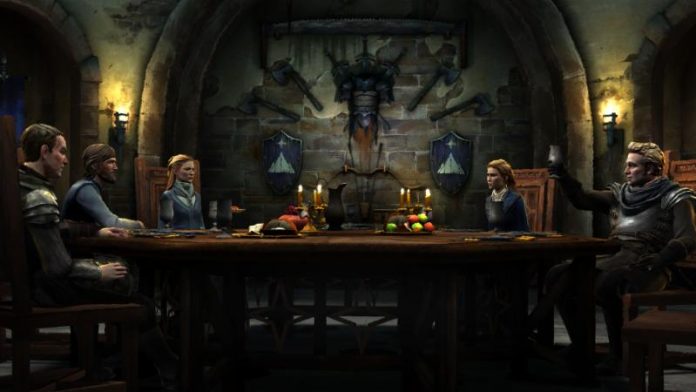 Earlier this week, TellTale games, the company behind famous graphical choose-your-own-adventure games using famous IPs like The Walking Dead and Guardians of the Galaxy, laid off 25% of its staff (90 employees). “Our industry has shifted in tremendous ways over the past few years,” Telltale Games CEO Pete Hawley wrote. “The realities of the environment we face moving forward demand we evolve, as well, reorienting our organization with a focus on delivering fewer, better games with a smaller team.”

What’s interesting, however, is that many people in the industry have noted that the company is far from perfect, with issues ranging from having to work with an “ancient game engine” to corrupt or inept management.

While not an MMO company, TellTale has made its games more multiplayer with its Crowd Play feature, allowing groups of people to choose their own collective adventure. It’s felt like a streamlined version of what BioWare’s Star Wars: The Old Republic does but with a single avatar. I’d personally been hoping that TellTale would find a way to expand its narratives and game worlds to be less about main characters than original characters with their own paths in known IPs. TellTale did this once with Minecraft, which, unlike most of their titles, had multiple potential avatars to choose from and some very small scale building.

A reduced staff probably doesn’t make expanding on these kinds of ideas any easier, and may even mean that TellTale is scaling down its ambitions to focus on small-scale, single-player experiences. Here’s a peek at part of a streaming series we did earlier this year to check out Crowd Play.

Source: GamesIndustry. Thanks to everyone who sent this in.
Advertisement

Aww, they are a great company i hate to see them go

Cons
“I wish they offered free lunch, but they do have vending machines with healthy options.”

Reading through glassdoor always makes me want to kick something.

Shame, but they already seem to be struggling to deliver episodes in a stable cadence this probably means they are either on the brink of extinction or scaling back to what they were before TWAU.

Quote: “Our industry has shifted in tremendous ways over the past few years,” Telltale Games CEO Pete Hawley wrote. “The realities of the environment we face moving forward demand we evolve, as well, reorienting our organization with a focus on delivering fewer, better games with a smaller team.” Endquote.

Translated: People do not like our games that much and we don’t make a lot of cash.

I haven’t got excited about them in a while.

See I used to like their pre-WD stuff. I LOVE Sam & Max, if you haven’t played any of them, please do yourself a favour if they’re on sale and give Sam & Max a shot, Season 3 is the most modern and I suppose less jank, but they’re all great (they are jank though).

Wallace & Grommit, Puzzle Agent, Poker Night ect, all good stuff. That said when Walking Dead did come around I really did hop on that hard. I enjoyed the community and all the buzz surrounding the game, I was sucked into it. Same with the Wolf Among Us.

But after that… eh. Walking Dead S2 was just kinda dull now I think about it, I was into it at the time, but it lost its soul. Game of Thrones was downright disappointing. Tales from the Borderlands was good because it reminded me of when Telltale made comedy.

I really haven’t paid attention of recent. Never did Minecraft, only played the first episodes of both Batman and WD S3. They’ve just lost their charm, it’s the same thing over and over again.

What was edgy is now predictable. Oh they’re going to kill a kid in a brutal fashion? *yawn.*

My son sits on the edge of his seat waiting for the next installment of Minecraft each time. I’m not too concerned about that one – I’m told it’s a cash cow and easy to make for TT. That having been said, I wish them the best, and their recently “released” (god, what a euphemism) staff more of the best.

They got greedy and started spamming way to many games that relied on their IP to sell rather than the great quality narratives of Walking Dead season 1 and The Wolf Among US.

Of course the execs keep their jobs.

Telltale had sort of grown too fast in the last few years relative to their output. After the successes of The Walking Dead and The Wolf Among Us, Telltale grew from a 50 to 60 person team to over 200 in the course of a year, and continued past that. During that time, their poduction did not significantly increase, and their ability to meet episode shipping dates plummeted: for example, it took nearly 6 months for the second episode of Tales From the Borderlands; and promised monthly schedules regularly slipped into a bi-monthly cadence after 2 episodes. Plus, other sudios have since jumped into the “interactive story/game” genre that Telltale once had to themselves:notably the mass influx of Japanese visual novels and Square-Enix one-upping Telltale with the Life Is Strange franchise. This seems like an overdue course correction.

I’m sorry, Schlag: I cannot answer your question unless it is asled in the form of a meme ;p

But in all seriousness, no. Telltale games and their imitators are closer to interactive film than story based RPGs. There is generally less game play than cutscenes. Game play itself is usually almost entirely QTEs. And when “The End” appears onscreen, they mean it.

That’s the big problem, they became walking novels.
Old TellTale games before Walking Dead (and you can see a little of it left over in S1 of WD) were puzzle based games with the story wrapped around the puzzle.

The reward for the puzzle was more dialogue and in the case of say Sam & Max the puzzles were all entertaining in themselves as they kept getting increasingly ridiculous.
But now it’s just watching a movie where you have to spam QTE’s once in a while.

This is the kind of stuff people hated from Jurassic Park.