KOG Games’ early access MMO KurtzPel is due for a big patch, as we noted this past weekend, and it’s coming in the form of Lime. No, not the fruit; this Lime is a who. KOG treated me to a look-see and question-and-answer session covering Lime as well as the big balance patch and the e-sports tournament, so today I’m going to dish on what we learned.

Let’s start with Lime, The Sacred Guardian. She’s the first character to come over from KurtzPel’s predecessor, Grand Chase, and the first support (healing) Karma. Instead of taking Lime for a test drive, I played a PvE co-op instance with a staffer, and then we faced off in 1v1 PvP.

Lime is designed in the archetypal style of a paladin; she’s a tanky healer with a big hammer. It was nice to get the heals she was laying down for me in co-op, but it was less nice to fight her; I’d rather have her on my team. She may not be the fastest, but she hits like a freight train, at least when I checked her out on the test server. KOG emphasized to me that balance changes might yet be coming in response to player feedback. 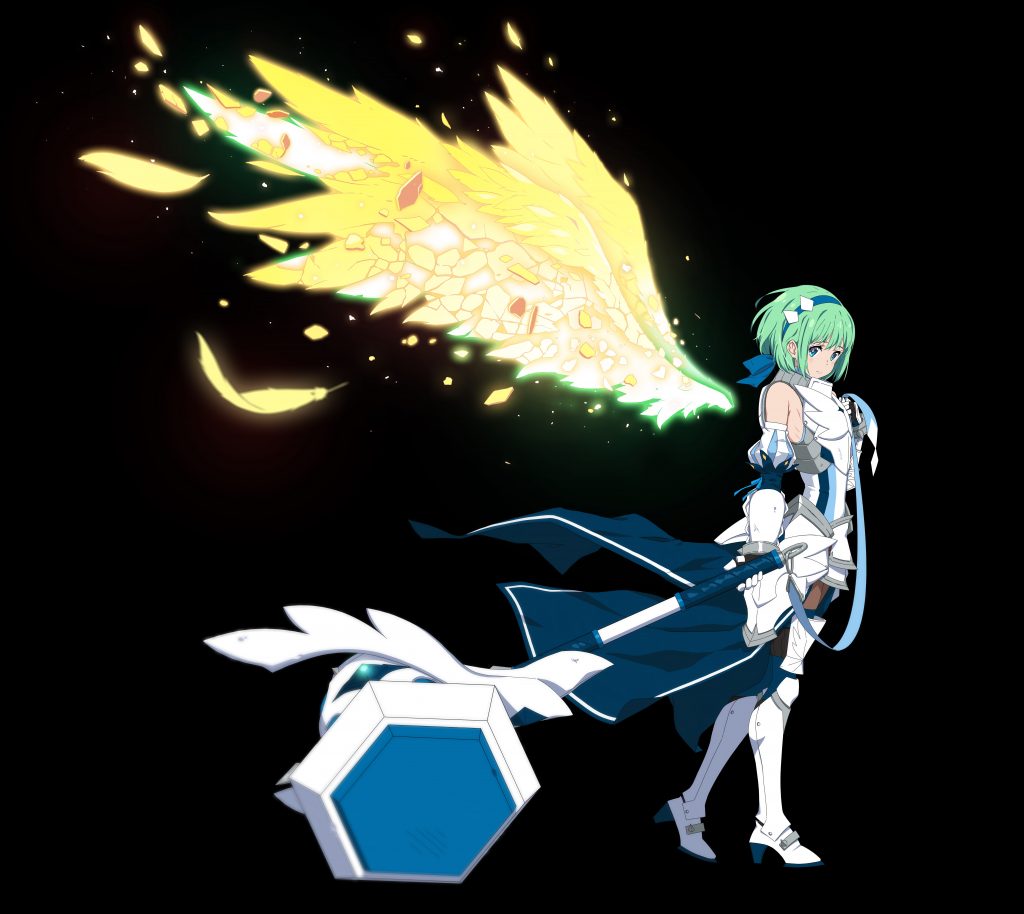 That brings me to the second big thing coming with the update: the rebalancing. You all know what rebalancing means. Things are going to change or become more or less powerful. Some people will be happy. Some people will feel like they’re suddenly hitting like they are made of foam rubber. That’s the way these things always go. If you want to see how this will affect you in your own play, the balance revamp patch notes are up now. One of the more notable across-the-board changes coming is the addition of Rage Break: When your rage meter is full, you can opt to spend the rage to break away from attacks, rather than spending it on your ultimate.

Lastly, KOG has teamed up with ESL Play for 2v2 deathmatch tournaments. There is real-world money on the line, so if you feel like you and your play partner are ready for primetime, you may want to get in on that. It’s bound to be fun, anyway. If you like watching esports, you might want to check it out too. It’s a fast-paced action game, so it should be entertaining.