This past Saturday we asked our readers what MMOs they felt should have a rogue server of their own. A great number of people in both the comments and the article’s tweet pointed in the direction of Tabula Rasa, the history of which has been covered by our Game Archaeologist. It’s one of those Twitter replies that’s led us on the trail of Infinite Rasa, a developing rogue server for the game.

Before anyone gets too excited, there are some pretty large asterisks that should be noted. First off, the game’s official forums are effectively undead, with a placeholder roadmap post and a call for developers, both of which were posted in 2016. Most of the server’s communication appears to be primarily housed in a Discord server, which further illustrates that development is still “a ways off” according to one of the replies, with mostly non-gameplay things available. 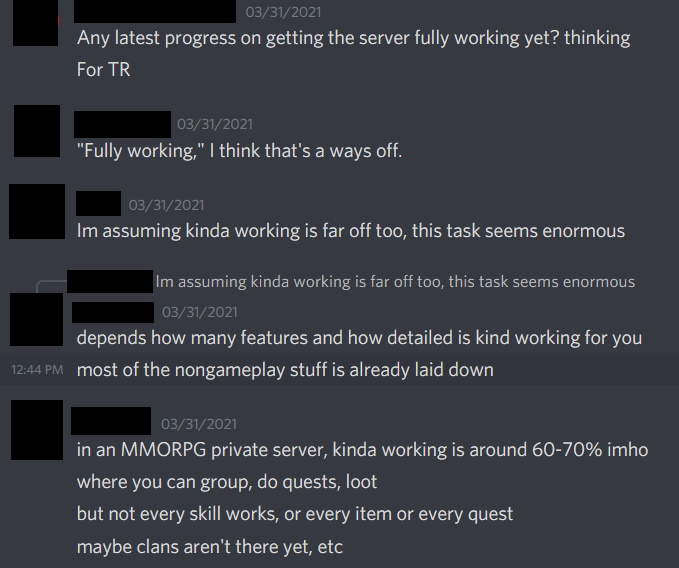 Furthermore, the call for developers is still out there, and it’s a fairly weighty list:

With all that being said, the Discord does provide Github links and is at least a place for fans to commiserate and talk about MMOs and gaming in general, so those who are curious may still want to take a peek.