This week saw the first concrete reveal of EVE Online‘s potentially revolutionary new Opportunities system, which promises to replace the current tutorial with a more sandbox-oriented alternative. Rather than leading players by the hand through a series of steps, the new system will give players looser goals to complete and let them explore the game at their own pace. It doesn’t sound like a huge change, but the opportunities system will completely change the way new players interact with the game. If it works as intended, this feature has the potential to solve EVE‘s notorious learning curve problem once and for all.

At the same time, I find myself excited for new opportunities outside the game as Massively relaunches as an independent site. Just a few weeks after we were informed that Massively was being shut down and we were all being let go, everyone on the team has pulled together and volunteered his or her time for free to create Massively Overpowered. It’s really good to be back, and I hope I can continue delivering your regular dose of EVE Online for years to come! Ultimately, though, the long-term viability of this column and all the other coverage at MassivelyOP depends on the success of our Kickstarter campaign and future funding through Patreon and advertising.

In this first edition of the reborn EVE Evolved, I discuss EVE‘s upcoming Opportunities feature and the effect it might have on the new player experience. 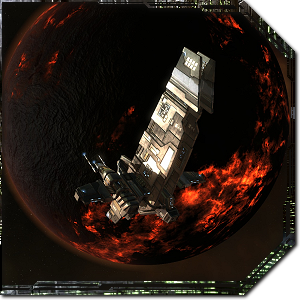 When I first logged into EVE in February 2004, I was quite literally dropped in at the deep end. Adrift in deep space in a rookie ship with a basic mining laser and a civilian blaster that couldn’t open a can of baked beans, I began following Aura’s instructions as she guided me through a basic tutorial. In a story that’s all too familiar for many of those trying EVE for the first time, at some point I did something wrong and couldn’t continue with the tutorial. After a brief and thoroughly unproductive battle with a security billboard, I soon found myself shipless and confused in an unknown star system. If not for the fact that I generally love figuring things out for myself in games (and had already paid for 30 days of game time), that may well have been my first and final experience with EVE Online.

Though the tutorial has been overhauled several times since 2004, the same problems still exist in EVE today. To learn just the basics of how to play EVE, new players have to commit to several hours of step-by-step tutorials covering everything from combat to manufacturing. Failing to follow all of the instructions precisely could leave you stuck and unable to progress, with very few ways to get help. The key innovation of the Opportunities system is that it’s impossible to get permanently stuck because it doesn’t give you explicit instructions to follow. Instead, it displays a bullet point list of tasks to accomplish and it’s up to you to find out how to do each of them by exploring the user interface, asking questions in chat, googling for online resources, or just through trial and error. If you don’t know how to do a task, it’s a non-terminal problem that can be solved through research or socialising rather than a show-stopper that could cause you to give up. 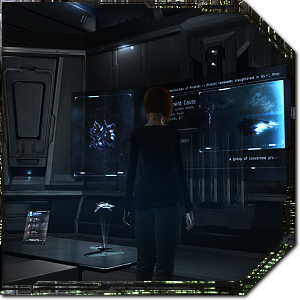 Funnelling people into the community

At this point, it’s a universally accepted fact that the biggest factor in getting new players to stay in EVE isn’t so much clicking with the gameplay as clicking with the community. Players who join corporations straight out the door are far more likely to stay after a free trial, and the average subscription length of players who join corps is notably higher than those who don’t. That’s probably because EVE is more of a social network with spaceships than a game, and the key promise of a single-shard sandbox is the kind of emergent gameplay that can only happen when you interact with other players. But if the goal is to get new players chatting and playing together, why does the tutorial separate them from everyone else for several hours of what is essentially solo mission-running?

The problem with EVE‘s initial learning curve isn’t that the game and UI are too complex or that the tutorial is terrible at explaining things; it’s that the tutorial is nothing like the actual game the rest of us are playing. It teaches players to simply follow instructions and railroads them into mission-running gameplay that is hardly EVE‘s finest feature. Opportunities are different in that they can be completed anywhere in EVE and take place organically in the actual game environment. Instead of clicking through a combat tutorial that spawns a special mission to teach you about combat in a controlled environment, for example, you could just find some NPCS in an asteroid belt or cosmic anomaly and fight them to check that opportunity off your list. The fact that tasks take place in the normal game universe rather than your own little private missions maximises the potential for social interaction and emergent gameplay, which is ultimately what EVE is all about. 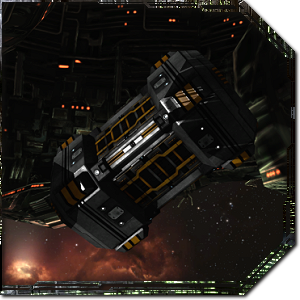 Can you make a tutorial for emergent gameplay?

While most MMOs focus on hand-crafted content like quests and missions, the vast majority of the fun in EVE comes from emergent sandbox gameplay. The developers give us tools like ships and modules, but we’re the one who decide to gatecamp HED-GP, run a ninja mining op through a wormhole, or ram a fleet of 100 thoraxes into the Caldari militia. Emergent gameplay is essentially impossible to create tutorials for as it can’t be predicted or artificially induced, but you can create opportunities around it. Nobody knows when they’ll stumble across a wreck full of loot or get his first taste of PvP, but when it happens there should be something there to briefly explain how to take advantage of it.

The hands-off approach opportunities take makes them more like achievements than tutorials, and that means that they can cover things that you wouldn’t ever be able to do in a mission format. We could get opportunities for buying an item from the contracts system, joining a player corporation, getting a PvP kill, or salvaging tech 2 player ship wrecks for valuable components, for example. The lack of step-by-step instructions and the fact that they are completed through normal gameplay should also naturally encourage players to try to figure things out for themselves, ask questions, and maybe join up with a corporation that can show them the ropes.

I don’t think it’s overstating the case to say that the Opportunity system could revolutionise EVE‘s new player experience. When it finally rolls out to the live server, I plan to drag a few friends kicking and screaming into EVE Online to see how they approach the game organically and whether it works out better than a standard tutorial.

Feedback from the playerbase has been pretty positive so far, and some players have even come up with great ideas for extending the system. Completing an opportunity could reward players with a small once-only skill point boost in particular skills, for example, or places where you can pursue an uncompleted opportunity could be highlighted on the screen and system scanner. If you’ve tried EVE before and didn’t like the tutorial, do you think the Opportunity system will make a difference?