Do you like Final Fantasy XIV? It’s going to shut down. WildStar? It’ll shut down. Ultima Online? Oh, yes, the shutdown is coming. The Secret World? Guild Wars 2? The Elder Scrolls Online? Destiny (yes, I meant to leave off the 2, I mean the original)? RIFT, Trove, Black Desert, Revelation Online, Crowfall? All of the above will shut down.

But don’t get up in arms about this. Seriously, relax, take a deep breath, maybe hum a little William Shatner tune. All of these games are going to shut down, but that’s just because every single MMO exists in one of three states: not yet launched, shut down, or waiting to be shut down. And as cynical as that may seem, I think accepting that truth is going to do wonders for all of us when it comes time for the next unexpected shutdown. Because it’s going to happen.

I understand where the assumption comes from, of course. The whole point of these games is that they’re persistent over an extended period of time. I talked a couple of weeks back in an Overthinking response about that persistence of character, the idea that what you did today is going to ripple outward forever. That’s an act with an impact; it doesn’t just vanish. Thinking “well, the game’s going to shut down” sort of shoots that down instantly.

But there are no MMOs that last forever. None. Several of them haven’t yet shut down, but those ones are still going go shut down eventually. Several of them won’t shut down for many years yet, but the day will come when the servers go down and won’t come back online.

How am I so sure? Well, because it’s happened a lot already. But it’s not even unusual. The majority of creative things last for a while and then go away. Television shows, blogs, comic books… any sort of serial medium eventually ends. Your favorite band will put out a final album at some point, and even if no one is expecting that this is the last album or the last tour, you never know when Chris Cornell will die unexpectedly and ensure that he’s never going to sing another word.

It happens everywhere else, after all. Firefly didn’t last forever; neither did Star Trek: Deep Space Nine. Law & Order seemed like it would go on forever, but then it got canned, and a spinoff got canned almost instantly when long-time favorite Jerry Orbach passed away unexpectedly. At some point, we’ll see the last issues of Saga and The Walking Dead hit the stands. Game of Thrones has an endpoint the showrunners have known from the beginning.

Here’s the really weird thing: In most cases, endings are, if not welcome, at least expected and somewhat desired. I personally really wish that the last Barenaked Ladies album were Everything to Everyone, since their subsequent albums have been missing something. (First figuratively and then literally when Page left the band.) We were getting great Simpsons episodes right up until we weren’t, and at this point the dang thing is shambling along as a zombie. I have criticisms about the ending of Transformers Animated and Deep Space Nine, but the shows set out to tell a story and they told it rather than just faffing about endlessly and avoiding resolution at all costs compared to, say, the X-Files.

Am I saying that I’m happy City of Heroes shut down? Of course I wasn’t happy when it happened; I enjoyed the game, it was one of my favorites. But it wasn’t some unfathomable crime without compare, just something unpleasant that happened. And if I’m being totally honest, I prefer the game shutting down when it did to what’s wound up happening with, say, World of Warcraft. 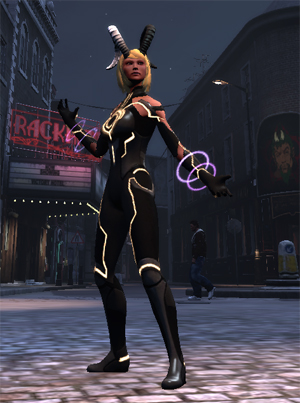 It’s really one of the most predictable events out there. Games will shut down, and if you’re lucky, it will be when that game has accomplished most of what the designers set out to do originally. You’ll have memories and joy of the times when it was around, but it will at some point no longer be around. And that’s just fine.

So why do we need to accept this so badly? Well, partly because if it’s going to happen anyway, getting upset every time it does happen makes us seem like we’re unable to recall what happened a few months ago. This is a reality, and it’s going to happen. You may have been lucky so far, you may have avoided losing any MMOs you really love, but you will not be lucky forever. It will happen.

Moreover, it encourages you to focus on playing the games you enjoy rather than just trying every new thing under the sun. If you like Lord of the Rings Online, play that. Play the heck out of it. Work on the next project you want to accomplish there now. The game won’t be around forever, and it’s better to make the memories you want with it now rather than hoping you get another shot later on.

Plus, you know, realizing that all of these games are temporary makes you far more capable of appreciating the games while you have them. In less than a month, I’m going to be playing the second FFXIV expansion. I never expected the game to get one expansion. If this is the last one ever, we still got more expansions than I would have expected, and I’m happy for both of them. And it means I can look forward and say “yeah, we probably have two or three more expansions left in the game’s lifespan” without any sort of ire.

It’s not going to last forever. It’s going to last as long as it does, and then it won’t be around any more. And rather than being upset that it’s temporary, what’s important is that we got to see it at all.

So recognize that your favorite game will go away, that it will shut down and fade into memory. That’s all right. It’s inevitable. And it’s normal. So enjoy it while it lasts.