It’s time for a server merge of sorts for US players of Legends of Aria. Assuming all things work out, Wednesday, October 30th, will see the opening of the Ethereal Moon server.

The game’s Experimental server has been working on a Character Copy tool to bring characters over to the new server. Players will also be able to bundle their belongings into a single Moving Crate that stuffs up to 2,000 items inside to haul along with them to the move. Upon arriving to the new server, players will receive a land deed equal to the size of their previous plot. Once they place that deed, their Moving Crate will arrive along with their house if it was fully constructed.

Speaking of housing, new housing areas will be opened on Ethereal Moon shortly after the server opens, with locations in the Barren Lands, Black Forest, and several other areas. Timing for when these areas open up is noted on the website. As for the existing Ethereal Mountain and Amber Moon servers, those will stay online until Point Release 8. 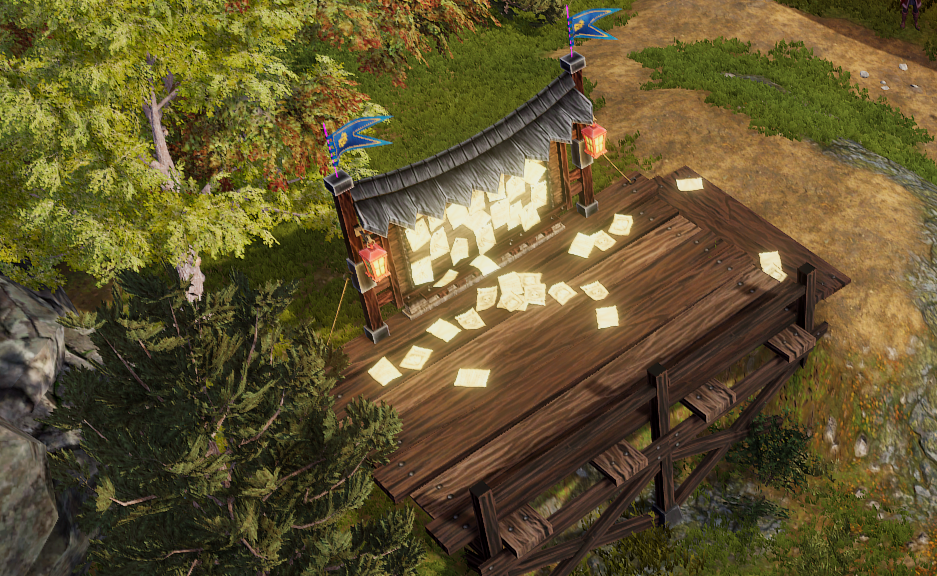 Of course, merging servers isn’t all that’s happening with Point Release 8. There will also be a number of changes to PvP, including the end of Karma and the return of Murder Counts, a Criminal flag that applies when negative actions are taken against positive players, and permanent skill loss for Criminals or Murderers who die with Murder Counts. Individual Murder Counts decay within 24 hours of in-game time.

In addition, criminally-flagged players can have their heads looted when they’re killed, forcing them to revive as a ghost and making them incapable of reverting their lost skills unless they consume their head. What’s more, if a criminal player is killed by another player, they receive the Capital Punishment debuff that lowers all stats by 60% and renders them immune from skill loss for 20 minutes. To incentivize hunting evil players, there will be a Bountyhunter NPC that folks can turn heads in to for Skill Scrolls that offer a bonus to a skill based on whatever lost skills were contained in the severed head.

The post further details other features of Point Release 8 such as the ability to pledge allegiance to a town to join its militia or access its township trade board, the addition of stealing and snooping, and resource missions. It’s a lengthy read, but for those invested in seeing Legends of Aria evolve, it’s worth the time.

source: official site (1, 2). Thanks to Squid and Panagiotis!
Advertisement

I can’t see any problems with packing a house with 2k items into one crate and successfully unpacking it onto the new server. Nope, no problems at all…

And the sinking officially begins….

The only thing gankers got to do, is cooperate like in Mortal Online in the past, and if one dies another one picks the head for them thus almost never losing anything. While it can be a very good game it seems they dont know what kind of fanbase they want to attrack. If they wanted to attract a bit of all(like ArcheAge, EVE and other sandboxes) from what I understand their old system before steam was good enough, after they made it full safe for steam to attract players that wouldnt buy it before with original ruleset and bait-and-switched going back to a totally hardcore(probably wont appeal casual PVPers either) where you can be killed even stocking your house merchant(in fact – now its smart for gankers to watch which merchants are active). I see a lot of potential in this game but without decision stability it will go down like LinkRealms(which was also great UO-like and with potential). Either decide what your playerbase will be or keep 2 variations of servers – a hardcore and a casual(not necessarily totally safe like before but less hardcore)

Yep they already drove off a good chunk of the PvPers myself and guild mates included pre-steam with somehow making the game worse off balance and meta build wise in comparison from the end of CB2 to persistence release and restricted theory crafting and hybrids with adding in the profession system for some unknown reason. The PvE switch with Steam was just something added to the pile of self inflicted bad business decisions that was the final nail for a lot of people. Now they’re driving those new players off with this total 180 again for a PvP player base who has already moved on to the community servers or other games altogether. Pretty much every discord I’m in with various guilds and people who used to be die hard supporters, streamers, and other large guilds are never coming back to official due to not being able to trust a word the devs say and their hollow promises and have flipped to a told you so and open detractors (myself included again).

They also just keep shifting balance and removing/changing mechanics without adding any substantial new content, such as the Tundra landmass which they announced would come with Steam, and surprise another in the long list of times they announce a date and delay. It’s all self imposed from ignoring the community at crucial points and trying to have mass appeal with no direction and in doing so they’ve driven off almost everyone. It’s a sandbox with the width of the ocean in promise with the depth of a puddle.

They don’t have a clear design document or end goal in a persistent game with micro transactions and premium sub. Anyone with any common sense that follows MMOs knows a lot of the flags have been in for last ditch cash and player grab for awhile.

It’s really sad that they don’t just go back to the original Shards Online concept and focus on opening the modding to everyone as that part of the game is where it really shines and they could use the community servers with more general interest than their own official ones as a boon to market and sell more copies.

People who brought all this up and suggested changes such as these or sep PvE servers on the discord previously got banned for ‘soapboxing’ or ‘being toxic’, now it’s too little too late. Funny how some of those same people are the ones in their trailers or they used for marketing material, private balance discussion, bug reports, and testing and reporting major server crashing bugs and duping exploits.

The more infuriating part is they won’t even be humble and apologize or acknowledge any of this, just try to put a positive PR spin like this was all in the plans. It’s just insulting.