Another week, another random bit of Roblox adventuring. This time around, I wanted to see just what sort of MMOs this game’s community could cobble together, and the voting chose Hexaria as our destination. Of the three choices, this one certainly seemed to be the most unique of the bunch, and it ultimately is a standout little piece of MMO-style gaming in Roblox… provided you put in the time, of course.

END_OF_DOCUMENT_TOKEN_TO_BE_REPLACED
Combat in Hexaria is about moving in a little arena of hexes, using cards from your created deck to unleash all sorts of attacks, buffs, debuffs, and effects. There are, according to the game’s wiki, a total of 165 cards, though you first start out with a few of the basic ones and are then granted a free booster pack with three more at the end of the tutorial level. Hexaria is, ultimately, very easy to learn but likely takes some time to master.

And not just time in the sense of learning the mechanics so much as time to actually get anything to drop. 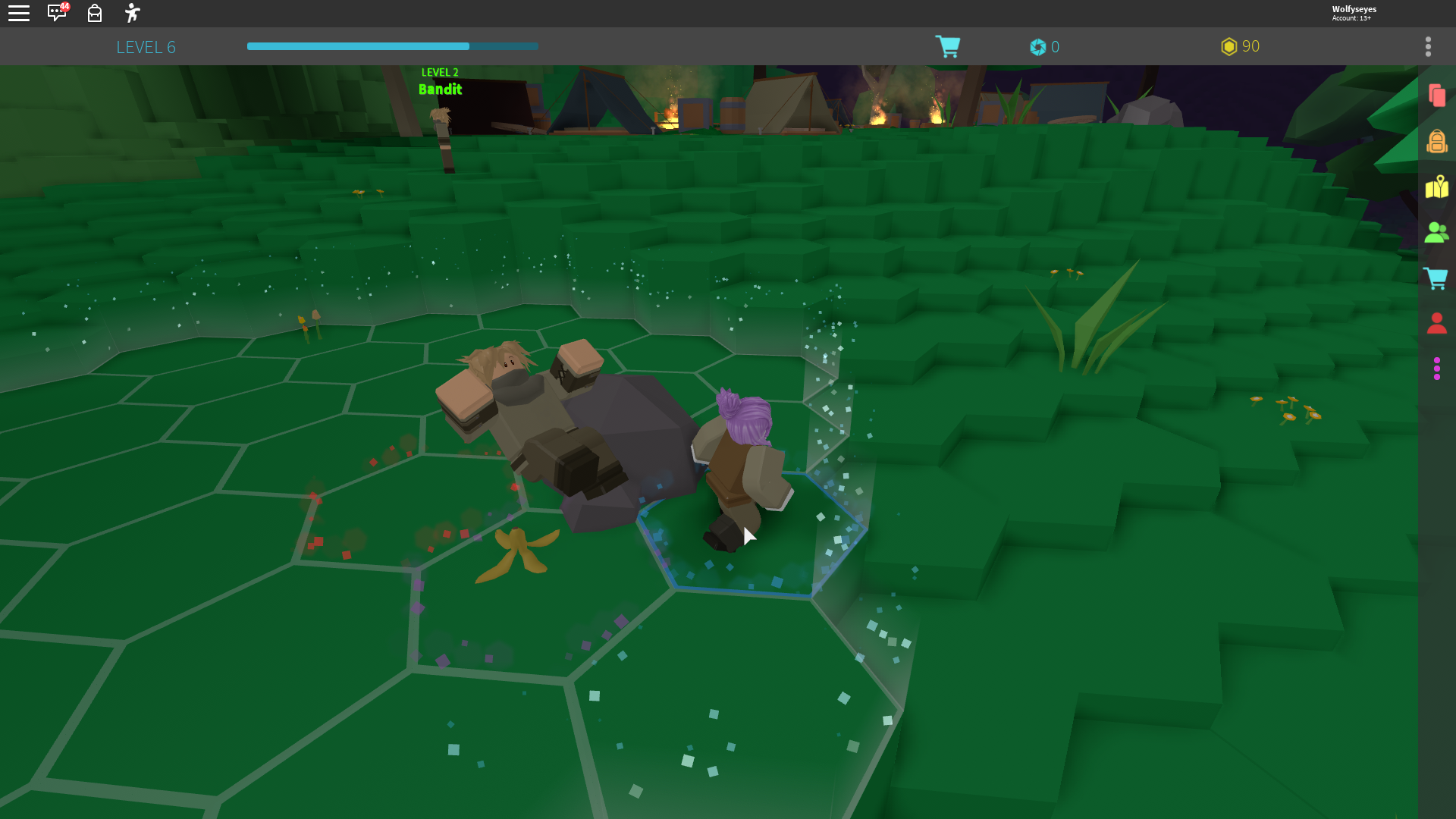 Here’s the thing: Hexaria is wholly reliant on you having cards to get the most ouf of the game, and while the first few cards you receive after the tutorial are fine enough, one of the biggest reasons I would want to keep playing is the opportunity to get more cards, and as it stands, having cards drop from fights is like pulling teeth.

No more is this illustrated than in the very first quest, where an NPC asks you to get four Rock Throw cards from Bandit enemies in the area and trade them in for a Slingshot card. Four weak ranged attack cards for one strong ranged attack card? Sounds like a sweet deal. However, these Bandit fights seemed to not get the memo that they’re supposed to drop this particular card, as dozens of fights went by without seeing a single drop. I’m not exactly asking for loot to come pouring out of these enemies, but a bit more frequency would be nice, especially for the sake of completing an opening quest.

It’s not just card drops that feel anemic either. Gold also feels spectacularly stingy, with it taking several fights to get enough gold to purchase another little booster pack of cards. While this bugbear isn’t quite so bad, the time for most fights to complete in the early going makes this feel very much like a slog.

So why all of these speed bumps? If I had to guess, it’s in service to the in-game store, which features several packages that include Gold, some cash shop currency, and some other items depending on the size of bundle purchased. There are also some cosmetics and smaller boosts on offer, too, but these felt far less of a requirement than getting a card pack does, especially since card drops from enemy kills are just pitiful. 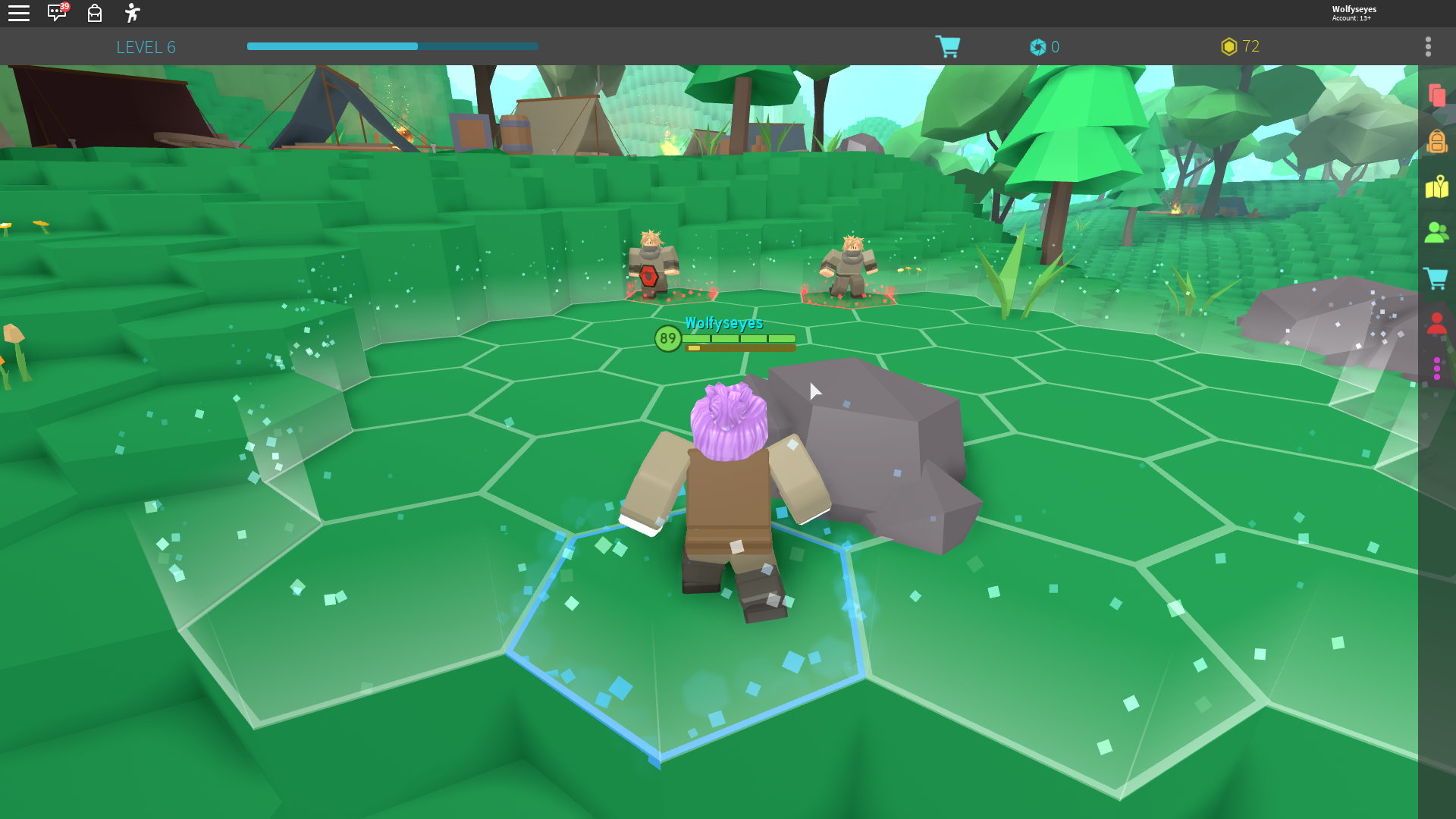 So, plenty of things that are not great here, which means it’s probably best to stay away, right? Well, not exactly. In spite of the very obvious funnels towards spending money, the actual base of Hexaria’s gameplay is extremely fun. Once I had gotten to a point where I had enough cards to formulate something of a deck-building strategy, things really fell in to place and watching a plan play out felt good. It reminded me a lot of Atlas Reactor in so far as being a simple enough strategy title that had easy to grasp mechanics.

That feeling of accomplishment only enhanced when other players and enemies join the fray. Every fight in Hexaria takes place in a small little arena that sort of forms when battle begins, but if friends or foes stray close enough to that arena’s edge, they can join in at any time. Communication helps here, but most of the time the multiplayer PvE battles I was part of played out without too much out-and-out strategizing. Teams form without party invites, letting anyone jump in and help if they’re so moved.

Honestly, this was the kind of thing that made Hexaria shine the most. At one point in a particularly large battle, I was able to position myself in such a way that my Karaoke card put two foes asleep, effectively taking them off of the board for a turn while the other two folks in my pick-up team worked to whittle down two other foes. It also, on more than a few occasions, brought the game’s card drop problem to light — there were at least two or three moments where one person in a three-person team would get two card drops at once and nobody else got anything. 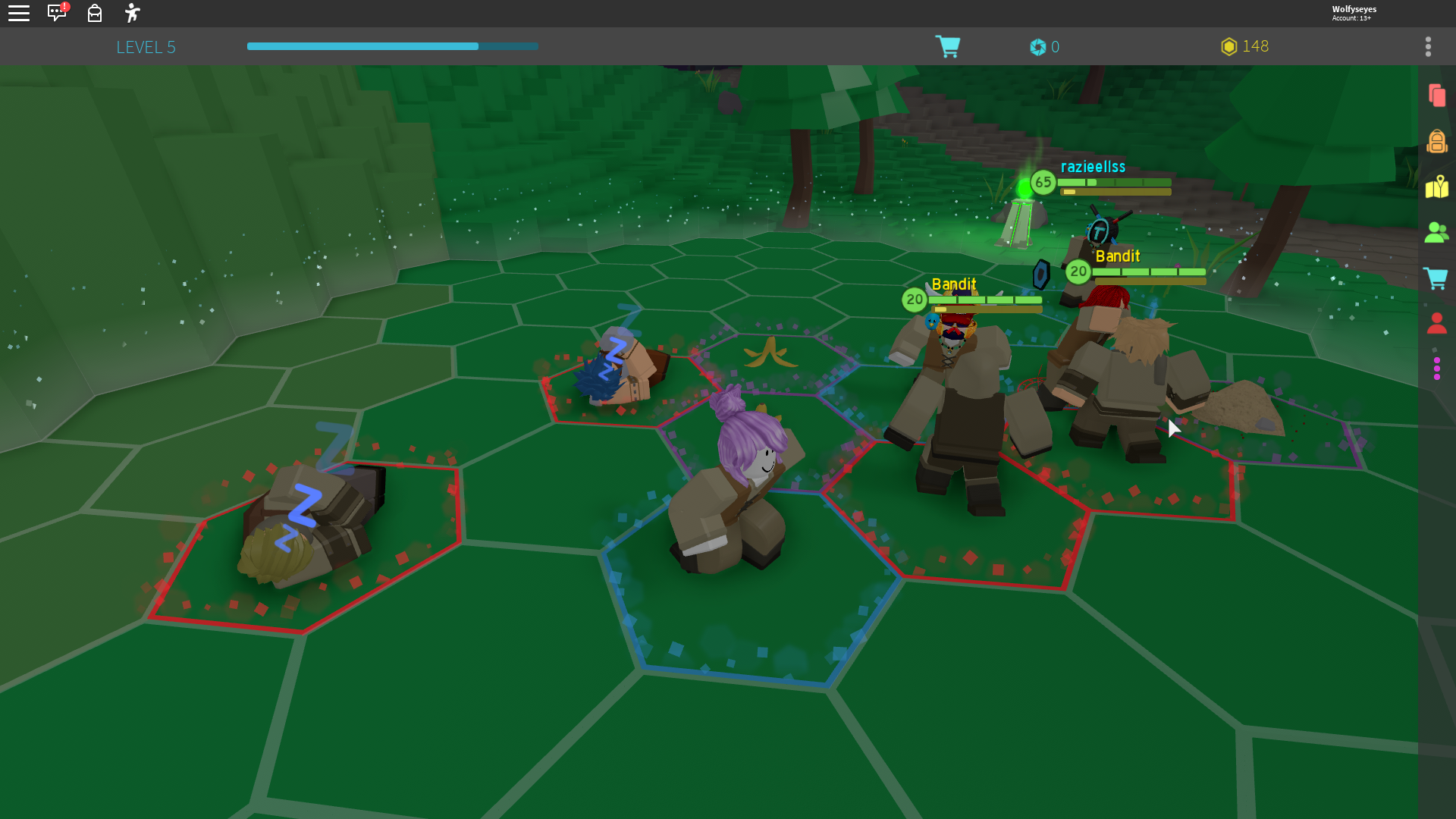 I suspect that, given enough time, determination, and dedication, one could climb through the levels of Hexaria, pull together an impressive deck or two, and get plenty of enjoyment out of this game. I’m not sure I’m that kind of person, however. Especially when all of the restrictions feel like they’re done with a knowing wink and nod in the direction of the cash shop. Which is a real shame because Hexaria really is a creative and really well-realized MMO in Roblox.

Perhaps, then, our other choice for next week’s adventure will cleanse the palate. It’s time to try a few little mini-games in Roblox. The kinds of time wasters that end up burning more hours than you expect them to. Some good ol’ fashioned, shut-off-your-brain arcade-style games. Here are a few choices that I’m considering. Also, just a little heads up — one of this week’s poll choices I’m already familiar with.

What fun little "brainless" game should we try in Roblox next? 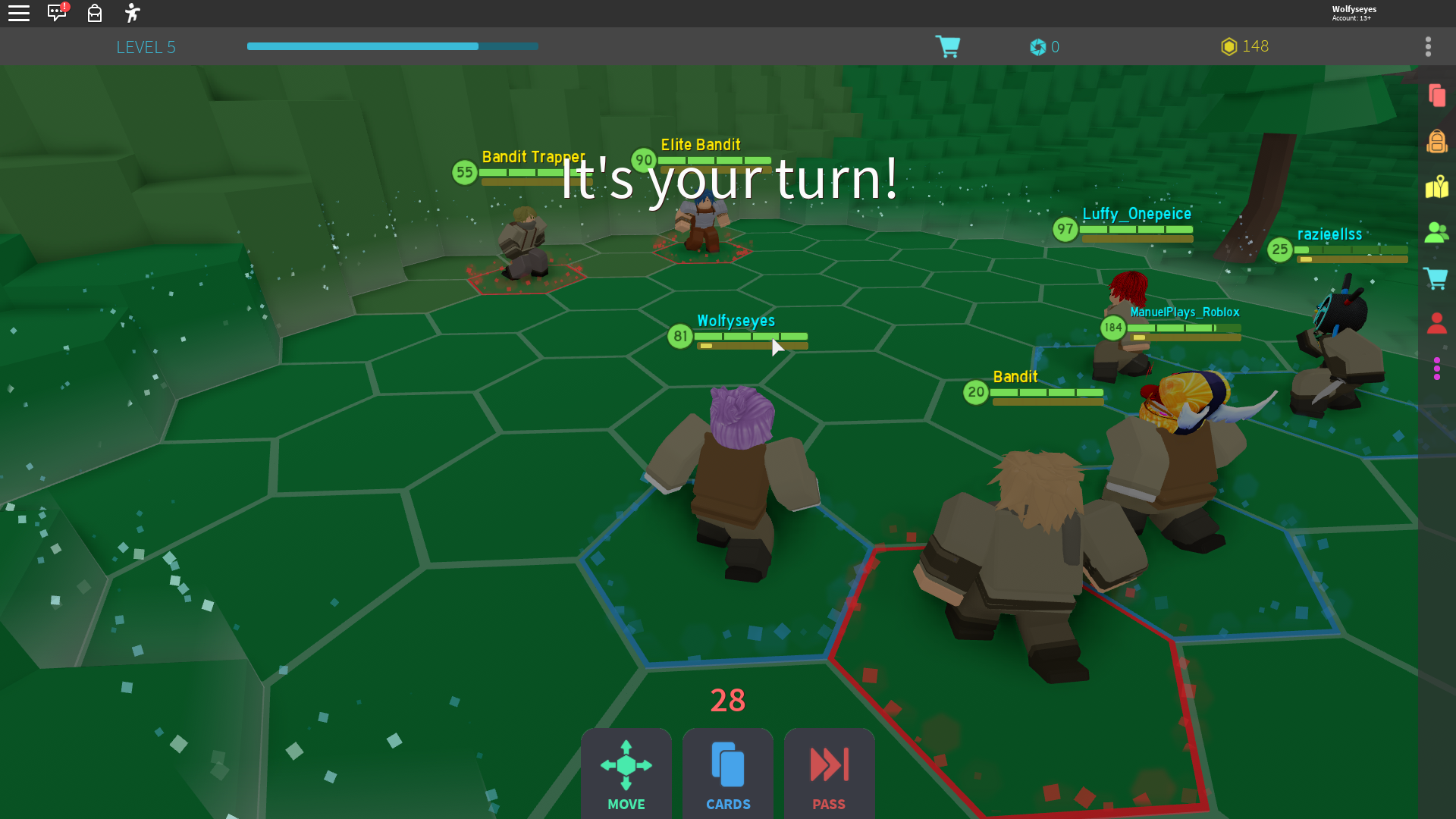 As always, polling will wrap up this coming Friday, April 17th, at 1:00 p.m. EDT. In the meantime, this game has reminded me how much I miss playing Atlas Reactor, so I’m going to see if there’s a game that comes even close to the sort of thing Hexaria is. Honestly, this one scratched an itch I didn’t even know I had and I feel the urge to see if there are other titles like this.

SEED shares information about the features and focus of this week’s...