I have come back to Earth to report on the Emergence Community Expedition I have explored in No Man’s Sky, the once-maligned and currently beloved sci-fi space simulation game from Hello Games. This is the fourth such expedition

Before I get to the field report, I want to address a couple of elephants in the room. First, who let these elephants in? But in all seriousness, if you are here to say that you found the game deeply disappointing at launch or that it is not an MMO and does not belong here, your concerns are noted. If you’re still salty over the release game five years and many free updates later, there’s probably nothing I can say that will change your mind. And the changing landscape of multiplayer games would be a whole article in itself. I am just here to talk about worms.

“Titan worms,” very much like the sandworms in Frank Herbert’s Dune universe, have been in the game for a while, and I have encountered them leaping overhead here and there in the past. The Emergence Expedition focuses on these behemoth wrigglers, taking you from one barren, worm-infested planet to the next. It is not a Dune crossover, but the timing is, shall we say, suspiciously auspicious, given the recent movie release and subsequent renewed interest in the books. 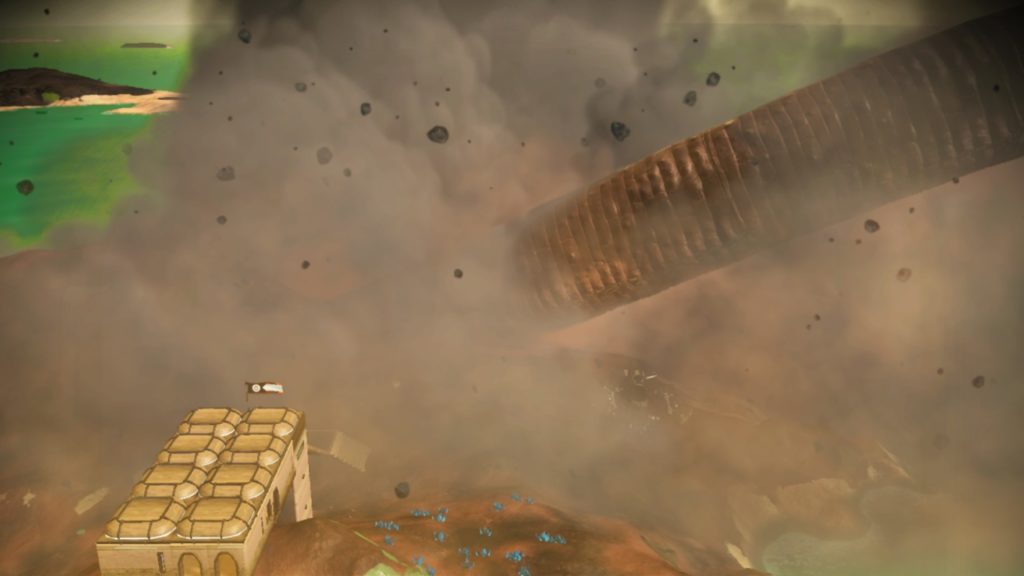 As in previous Expeditions, everyone starts on the same planet with the same set of tasks to complete. This means that your chance of running into other players in the wild is much higher than when you start in other modes. I have found that having a finite set of shared tasks to complete has also made it somewhat easier for me to persuade friends and family to join me in the game. Your family and friends may be less susceptible to Jedi mind tricks than mine, in which case you might try the universal motivator: money.

On that note, Community Expeditions also set you up a lot better than other game modes so that you can get right to work on the tasks that make up the various phases of the expedition. Each Expedition is available for only a set amount of time, after which your save converts to Normal mode. This means that participating in one of them sets you up quite nicely for playing the normal game later. There is about a week remaining for Emergence as I type this, if you want to get in on that. Hello Games seems to roll out expeditions every few months, if you miss this one. If you already have a save you are fond of, even if it is in another mode, like Survival or Permadeath, have no fear. You can get Expeditions rewards that you earned from the quicksilver vendor at the Nexus on any and every save you have.

As soon as I appeared in the world for the first time, the ground began to shake. As I’m a person prone to motion sickness in video games, this made me grit my teeth a little, but it turned out to be less of a problem than I anticipated. I turned off motion blur a long time ago, and the shaking did not send me screaming to the barfitorium. And that’s a good thing, because it turns out that giant worms leaping from and plunging into the ground causes earthquakes. And these planets are just crawling with worms.

Returning to my story: I appeared in the world, located my ship, and went there. It seemed to me that the ships I saw people in at the beginning were a random variety of flying boxes. This was an improvement over everyone having exactly the same ship. I was happy to get one of the cooler-looking flying boxes. I checked the first set of goals and made fairly quick work of them. There were guides up immediately when the Expedition launched, so if you get stuck and can’t move on because you don’t know what to do, you can go to your preferred search engine and find out what you need to know. Mama Obvious strikes again.

This brings me to the tragic tale of my first attempt to complete Phase 2. One of the tasks glitched on me and would not complete. It involved taking damage from extreme heat, so it was hardly a challenge. It showed me the completed step screen but didn’t update my log. Subsequent attempts to take heat damage did not complete the task. Not even killing myself with extreme heat completed it.

Since I wasn’t too far along the path, I decided to just go start over in another save slot. Since you do not have to complete the tasks in order (except where you get an item as a reward that you need for a later task), I did that one first, just to make sure it worked. With that out of the way, I continued on with the new iteration of myself. Maybe nobody else will have this problem, and it happened only because my bad karma caught up with me. Perhaps I restated the obvious one too many times. 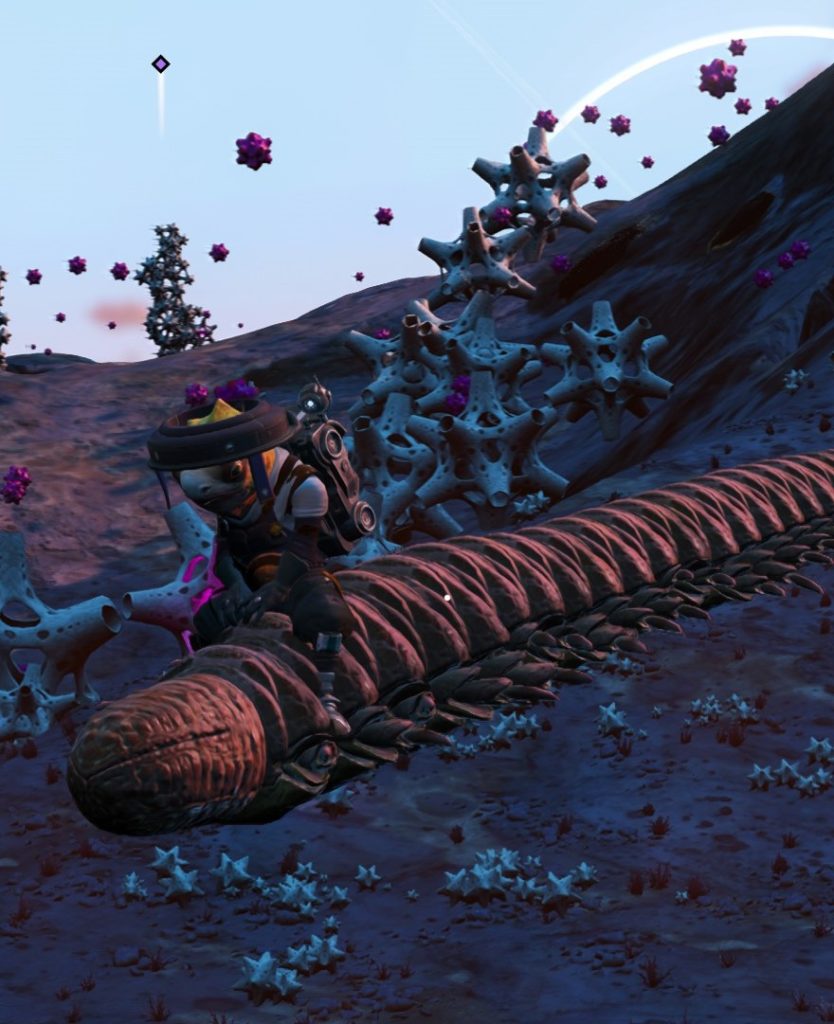 After much interstellar travel and getting slightly sidetracked by unrelated activities, I reached the end and received the final set of rewards: my own pet worm, the title “Worm Lord,” and a decorative decal for my base to show off my accomplishment. The pet worm is not gigantic, but it flies and you can ride it, so that is a fair trade-off.

For me, the rewards are nice, but the real prize is the fun of playing through the challenges and finishing them all. I’ll be back for the next one. See you, space cowboy.