Blizzard has just announced that it’s introducing a gold-and-gametime transfer token to World of Warcraft. Dubbing the currency the “WoW Token,” Blizz writes,

The WoW Token was created to give players with lots of extra gold the option to use it to help cover their subscription cost, and give those who want to purchase gold a way to do so from fellow players through a secure, easy-to-use system. The Token will be making its debut in an upcoming patch—in the meantime, check out the FAQ below for details on how it works.

Blizzard hasn’t announced a price for the token yet but says it hopes it will help combat third-party RMT. The token exchanges will be region-locked, and tokens never expire. 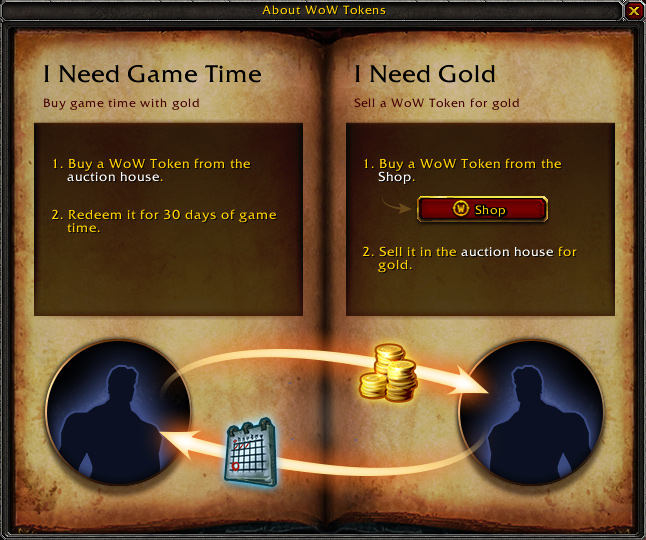 The studio also recently unveiled a flamepony mount as its new recruit-a-friend reward and penned a fresh dev blog on the revamped Darkmoon Faire.