I noticed something odd when I started playing Grim Dawn aways back: I went straight for the pet builds. This is interesting because this the exact opposite of how I tend to play traditional MMORPGs, where I tend to avoid pets.

I have played MMO pet classes and enjoyed them at times, but even then I do so despite the pets rather than because of them. One of my most-played World of Warcraft characters is a Warlock, but I’ve used Grimoire of Sacrifice as much as possible from the moment it was implemented. The pets are not what attracted me to the class.

But yet things are different in ARPGs. In those games, I not only tolerate pets; I actively enjoy them. I don’t exclusively play pet classes, but they are one of my preferred archetypes, and if I have the option to get more pets, I’ll usually take it. I even managed to turn my crusader in Diablo III into a makeshift pet class through my beloved “zoosader” build.

My problems with pet classes in MMOs are many and varied. One of the simplest is that pets take up too much screen real estate. With an over the should camera, your pet is always going to be blocking a significant portion of your view, to say nothing of how they mess up screenshots. As an avid virtual photographer, I find that’s a big deal to me.

By contrast, the top-down view favored by most ARPGs makes pets much less an eyesore. All characters are smaller in such games, and since you’ve got a bird’s eye view, you don’t have to worry about seeing over your minion’s bulk. They can still mess with screenshots, but it’s hard to take good screenshots in ARPGs anyway, so they can’t make things much worse than they already are. 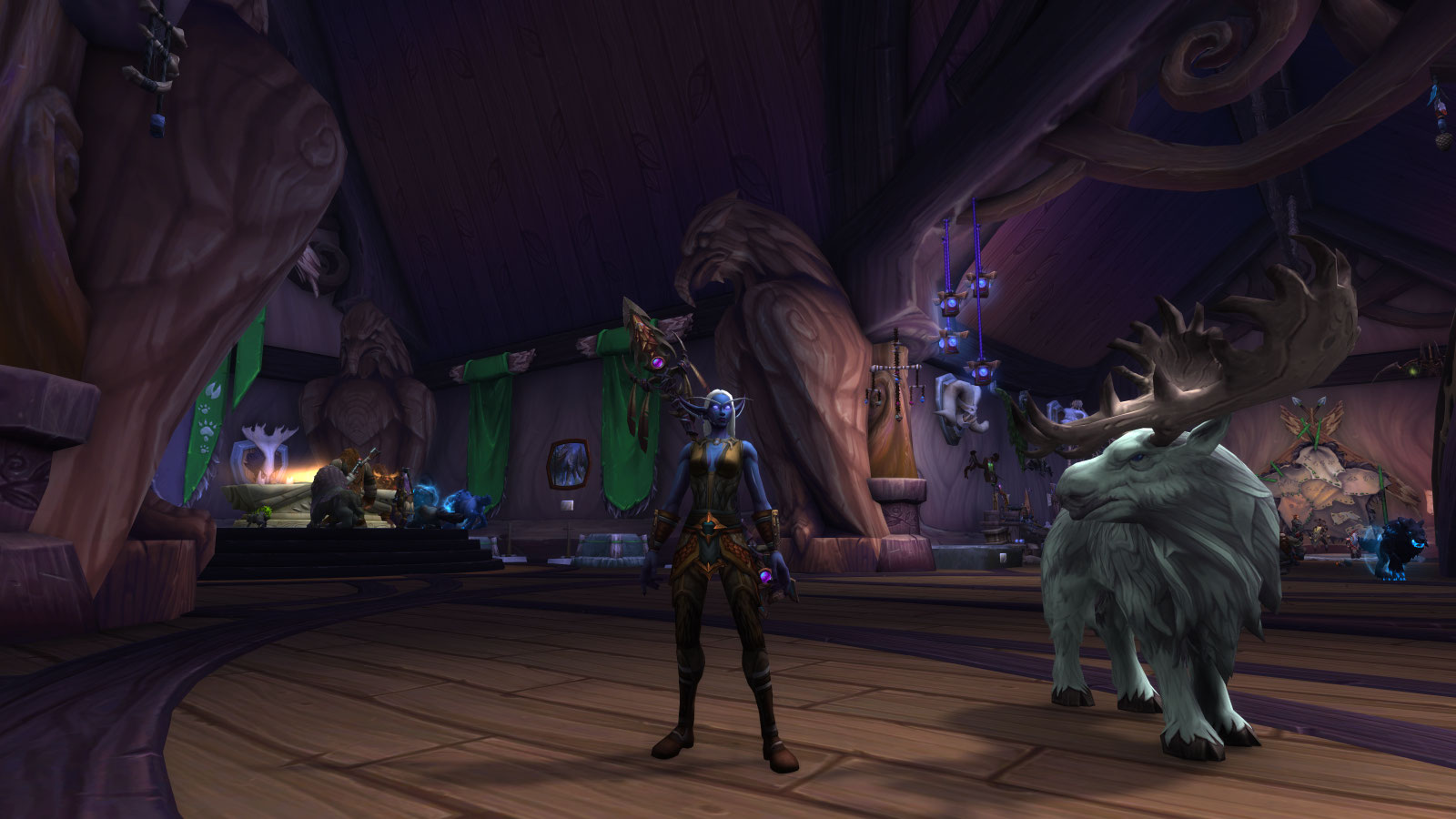 In MMOs, pets also seem to detract from your character’s power more so than they do in ARPGs. You’re balanced around the combined power of you and your pet, meaning your character often ends up feeling fairly weak, with the pet picking up the slack. In theory this must also be true in ARPGs, but such games make players so much more powerful than they are in traditional MMOs that the difference just isn’t felt.

Another factor — one of the biggest, in fact — is the number of pets. Now, it may seem strange to complain that MMO pet classes don’t give me enough pets, especially in light of my other complaints, but nonetheless it’s an issue.

For me, the appeal of a pet class is the ability command a whole posse of minions, with you at their head. But with a handful of notable exceptions — such as the Mastermind archetype in City of Heroes — most MMOs limit pet classes to just one pet at a time. Two if you’re lucky. That’s not a posse.

I think, in a way, this ties into the issue of character power. Game balance being what it is, five pets isn’t likely to make you more powerful than one pet, but it feels a lot more powerful. Seeing your minions sweep across the battlefield feels exciting in a way one wolf gnawing on the boss’s ankle doesn’t.

ARPGs pet classes are far more likely to deliver that kind of experience than those in conventional MMOs. In Diablo III, the Necromancer can at a single time have up to eight permanent pets and double digits’ worth of temporary pets, not counting your companion or any other minions summoned by your items, and a lot of people still complain that isn’t enough.

For me, I think the sweet spot is about eight or nine pets at a time. More than that and you start to run into screen clutter issues, even with the isometric camera. Less than that just feels underwhelming. 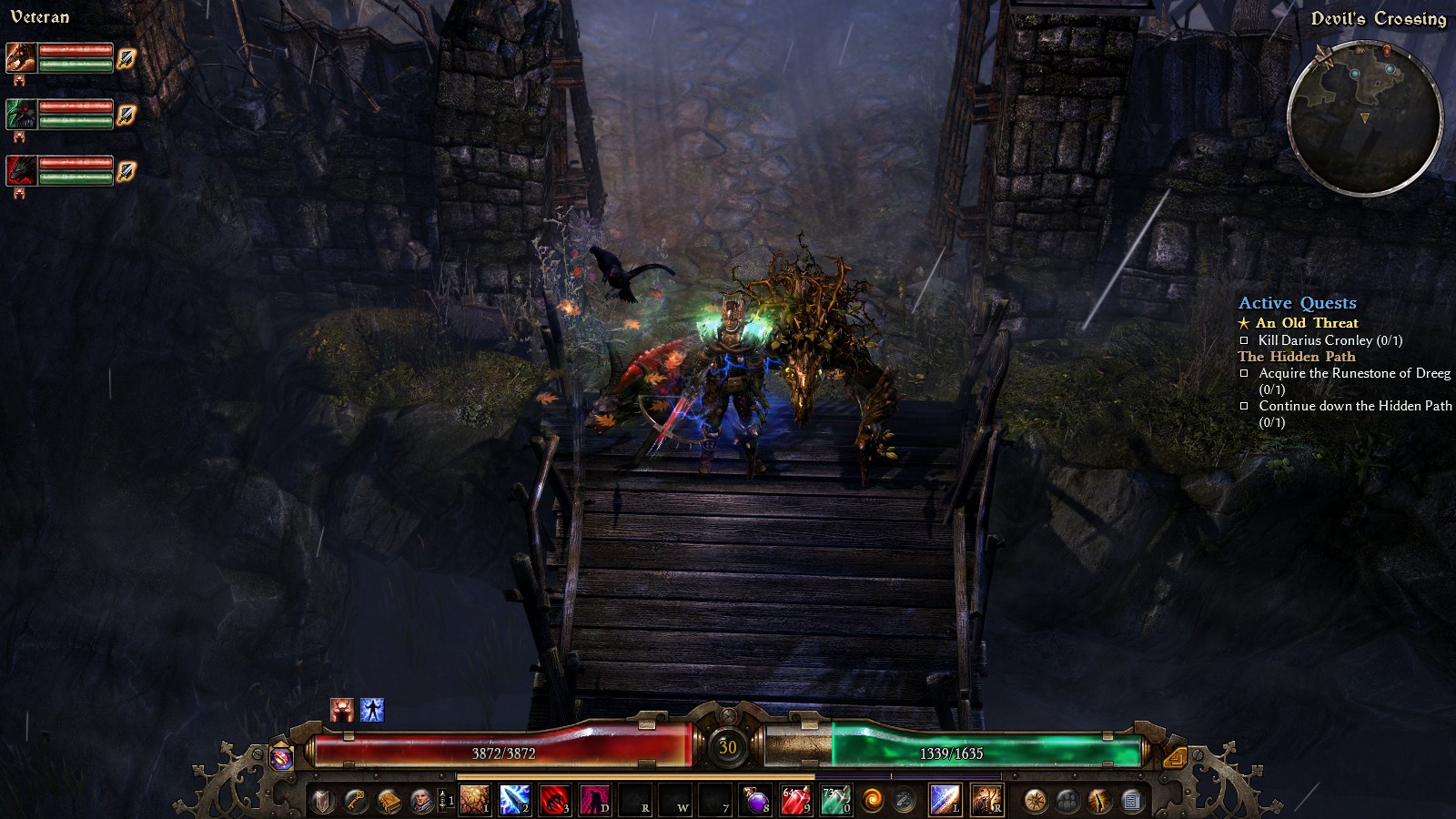 I wonder if this has something to do with the fact that Dungeon Siege was the first RPG I really enjoyed growing up. Pets in the traditional sense weren’t a big part of that game, but you could have up to eight NPC companions in your party. Or perhaps it’s because of my love for the RTS genre. Either way, I don’t want a pet; I want a small army.

The one final factor in why I think pet classes are so much better in ARPGs has to do with how combat differs between ARPGs and MMOs.

Pet AI is dumb. This is true in every game. Your pets are likely to stand in bad, run around biting whatever they can get their teeth into, and generally make fools of themselves.

In MMORPGs, this is a problem because combat in such games tends to be a carefully choreographed affair. You want to be maximizing your DPS on this add before it blows up the raid, or not hitting that CCed mob, or focusing down the boss on a burn phase. Pets attacking the wrong targets can be a huge problem in these situations, so you have to carefully micro-manage them, usually using an incredibly awkward UI.

ARPGs, by contrast, generally give you little or no control over what your pets do because you don’t need that control. Combat in ARPGs is anarchic by nature. There’s enemies everywhere, and you just have to do your best to mow them all down as quickly as you can. Doesn’t matter that your pets aren’t coordinated; as long as they’re hitting or being hit by something, they’re doing their job.

In MMOs, pets feel like a chore to be managed. In ARPGs, they don’t have the same downside. They’re a helpful boon to have.

All these factors come together to make playing a pet class a completely different experience based on the genre. In an MMO, most pet classes make me feel like a weak character forced to spend all my time baby-sitting an ally that’s more of a burden than an asset. In an ARPG, a pet class makes me feel like a powerful commander whose hordes sweep the battlefield clean of all who dare to oppose me.