This round of Ask Mo features a question from BalsBigBrother that I’ve shamelessly poached from the Massively OP Podcast mailbag. The truth is, we’ve put this question off for many, many months because the answer is more complicated than a couple of minutes of chatter can address. Besides, what better time than what should’ve been Star Wars Galaxies’ 13th birthday?

“Was Star Wars Galaxies really that good, or was it simply the lack of choice that made people stick with it and form their attachments? After putting so much time into it, were they loath to give it up and simply smoothed over any faults in their memories since its closure? I have heard Bree talk about the deep and involved progression that the game had, but was it really fun? Take, for example, MJ’s entertainer: If all that progression boils down to is your character standing in place performing the dance moves over and over to raise an arbitrary number so you can then get a few more moves and keep on standing in place performing dance moves, is that actually fun? Or was it just a waster of time that would have been better spent elsewhere? Would a game like SWG be able to survive in today’s market place? I have a feeling that a lot of people are wanting more active involved mechanics with which to spend their gaming time, and watching progress bars or arbitrary numbers increase on a character page is not going to cut it anymore.”

Yeah. It really was that good.

Let me try to tackle each of BBB’s questions one at a time.

Were there really too few choices to properly judge SWG?

No. Here’s a list of some of the major MMOs that launched prior to Star Wars Galaxies, courtesy of our own Justin’s MMO timeline: Ultima Online, Lineage, EverQuest, Asheron’s Call, RuneScape, Anarchy Online, Dark Age of Camelot, Final Fantasy XI, Earth & Beyond, The Sims Online, A Tale in the Desert, Shadowbane, EVE Online, PlanetSide. This isn’t all of them, just the bigger ones around in the West during that time period. Star Wars Galaxies launched in 2003, so technically, we should include games that came out between SWG’s launch and the ill-fated NGE: Those’d be Second Life, Lineage II, Horizons, City of Heroes, Ryzom, World of Warcraft, EverQuest II, The Matrix Online, and Guild Wars. Wanna keep on counting up to the sunset? You’ll be counting all day.

What I’m getting at here is that we had a crapton of choices in that era, from sandbox to themepark and everything in between — and this is just the MMORPGs. It wasn’t about a lack of choice. People didn’t even play Ultima Online due to a lack of choices. Ultima Online’s subscribers went up after it had some serious competition in the form of EQ and AC. The idea that we were starved for choices simply doesn’t match the history. 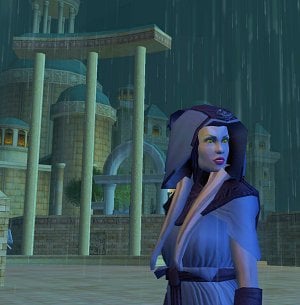 Do people overpraise SWG because of sunk costs and nostalgia?

Generally speaking, I tend to reject the nostalgia argument, whether we’re talking about Star Wars Galaxies or vanilla World of Warcraft. It simply doesn’t make sense to say that nostalgia is responsible for anyone’s passion for an old game when emulators for both games exist and continue to attract players even in 2016. Nostalgia might make you go back, but actual attraction, respect, and quality are what keep you. It bothers me a lot when people invoke “nostalgia” to dismiss a game outright.

That isn’t to say that nostalgia is never a factor, mind you. I have called out classic gamers more than once for genuinely forgetting about, glossing over, or misconveying some of the serious issues of the genre’s early days, like the idea that communities were so much better back then (they weren’t), the ahistorical assertion that fast travel ruins MMOs (it doesn’t), and the many ways we’re persuaded to proxy vote for “old school” gameplay with coded language from devs. Most of the supposed nostalgia you see in the comments isn’t coming from people who long for any one particular game, else they’d still be playing it; it’s coming from people who want to build up a certain period in gaming as being particularly hardcore and tough compared to what they consider a modern MMO genre catering to carebears, weaklings, and the so-called entitlement generation. They’re basically spinning yarns about traveling through the snow uphill both ways.

This is why I’ve tried my best over the years, both before the sunset and more recently, to step back and coldly identify the bits of SWG that did need work. It was not a perfect game, not by a long shot. It was messy — but it was beautiful. It was both.

How in the world did anyone find SWG’s progression fun?

I don’t think I’d argue that SWG’s “progression” was deep or involved. SWG actually had a pretty basic progression system with a flexible skill tree, a relatively flat gear system, dungeons that spit out crafting components and decorations rather than power-creepy wearables, and the expectation that you could erase today’s skills and replace them with something else tomorrow.

In other words, “progression” in SWG in terms of raising your skills (or level) was completely the opposite of the point of the game, both pre- and post-NGE. This is something that can be hard to explain to gamers who’ve never really dipped their toes into a classic sandbox or skill-based rather than level-based game, I realize, but the point of the game was to exist, not to progress. It was more like a virtual world, a simulation that had pieces of a traditional MMO wrapped up inside it too. If you treated it like a linear RPG where you steadily collected all the skills, all the levels, all the phat loots, you were not only missing the point but probably hopelessly confused, a bit like getting to level 20 in original flavor Guild Wars and quitting because you’re “done.” Most people were going to max out their skills and keep on doing what they were already doing – hunting, crafting, entertaining, decorating, exploring, roleplaying, building, harvesting. Or drop those skills and try something else.

So don’t look at a dancer in a cantina as someone pressing the flourish button to make numbers go up. The numbers were merely a means to an end. The point of being an entertainer was to hang out in a cantina socializing (and racking up tips!), not to level your dancing skills. MJ wasn’t grinding dance for its own sake; she was going to be there roleplaying and buffing regardless because that’s what she wanted to be and do. 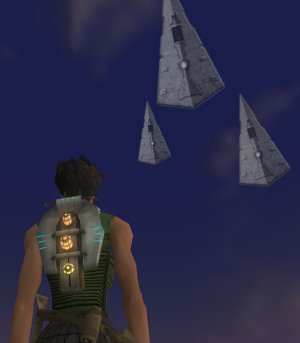 Would a game like SWG survive in today’s marketplace?

I think it could do quite well. SWG was boosted by a powerful IP, renewed interest in which is certainly helping its successor along too. Contrary to naysayers’ claims and in spite of the Jedi debacle, SWG was one of the larger western MMORPGs until World of Warcraft swept in and took a large cut of its and everyone else’s playerbase, and it wasn’t sunsetted because it was doing poorly — only because of license shenanigans ahead of SWTOR’s launch.

In the last few years, developers have scoped out what else they can do besides throw a ton of money at another half-assed, doomed WoW clone, and The Sandbox is one of the things they’ve homed in on. But the vast majority of them are aping classic UO and EVE, which makes them very different sorts of games: It makes them gankboxes or MOBA hybrids in most cases, all competing for the same vanishingly tiny constituency of FFA players. Almost nobody is making a full-fledged, broad-spectrum sandbox without FFA PvP, which would give a worthy successor an edge in the market. SWG emphasized PvP without forcing it, in addition to providing a deep interdependent economic system, piles of non-combat activities, and vanilla PvM content, and so it appealed to a far broader base of players than any piddly gankbox. It was never a niche game. It was the anti-niche. That’s its edge.

So yes, I think if Star Wars Galaxies 2 launched today — with 2016-quality combat, PvM, the RP content, the hardcore economy, and flag PvP — it would do at least as well as genre success stories like SWTOR, Elder Scrolls Online, Guild Wars 2, and Final Fantasy XIV. Those games all have bits of SWG in them already, glimmers of a sandbox that isn’t quite unfettered from the safety line of a themepark. All it’d take is a huge pile of money and somebody with the vision to see it through, same as any other serious AAA MMORPG. And that’s the hard part.