If all else fails — die! That’s my friend’s new mantra when it comes to investigation missions. Why? Because in The Secret World, death really can solve your problems! It’s true. And totally awesome. Admittedly, it can be a bit difficult to wrap your head around; the fact that death is a mechanic that is actually necessary to the game goes against pretty much everything players have learned about MMOs over the years. In other games, death is to be avoided at all costs. But in TSW, not only can you miss out on a lot of awesome stuff but you actually will be unable to complete missions if you insist on remaining alive. The game uses death to bring the history and stories to life. So embrace death with me!

Note: I’m going to avoid naming names as much as possible so I do not spoil too much, but be advised that there are spoilers ahead. 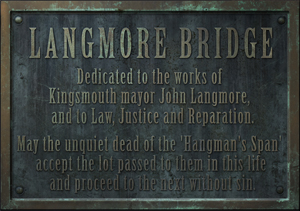 Unlike other games where you can be penalized for dying, anywhere from just time lost to XP and item loss, TSW actually rewards you. It is something you should want. Even if it isn’t to advance a mission, wandering around that other world in your anima form will treat you to some special sights and experiences that are not possible when alive. (Hint: If you do decide to intentionally check out places in your anima form, take off your gear first to avoid taking a durability hit, and you can use /reset instead of letting mobs chew your face off.)

My first two experiences with this were both in Kingsmouth. First, I ran into a mission where you can’t go any farther in a living, breathing state. I admit it took me some time to finally come to this conclusion (remember the whole being programmed to avoid death in games thing?). Even as I considered it, I thought to myself, Would TSW really do this? Yes, yes it would. I was totally impressed that the game would take such an unexpected direction.

The second instance was an unintentional death where I was running back to my body and came across the creepiest scene that stopped me dead in my tracks (pun possibly intended). You vets should know right where I am talking about! I literally just stood there in awe that the devs would put in that kind of Easter egg for players to bump into. I marveled, I congratulated myself on getting in on such an awesome game, and then I moved on with my adventures. But luckily for me, it turns out that wasn’t the end of it.

What I still can’t believe didn’t fully click for a while was that those were not one-time occurrences. It wasn’t a fluke, it was a purposeful mechanic! Considering that TSW steps outside of the mold for a totally different kind of game, it makes sense that it would do things in a unique way that is fitting with the theme. And what is the theme if not that everything is real? TSW is big on stretching boundaries and making players think outside of the box — or body, if you will. I was surprised again during a holiday mission in Savage Coast when I stumbled upon a drunken beach party scene while on another body recovery run. It was at this point that I decided that I probably needed to traverse the entire world while in that monochrome grey other world and see what else was happening just under the surface. I haven’t accomplished that yet, but after the latest mission, my desire to has grown exponentially.

So what got me thinking so lovingly on Secret World death lately? A friend was a bit stuck on an investigation mission and asked if I would come along and do it with him. It turns out that I hadn’t actually done this one on either my Templar or my Illuminati, so it was pretty neat to suss it all out.

At this point it hit home that TSW had conditioned me to embrace death because as soon as I realized it involved spirits, I hit /reset so I’d die on the spot. My friend immediately remarked on how fast I jumped to that conclusion, and I realized that pretty much any time the game mentions ghosts or spirits, I just now assume it means that other dimension that is phased alongside ours. I mean, if you need to talk with spirits, what’s the best way? Go where they are, right? It makes sense, but it is amusing how often our brains will skip that logic because staying alive in game is so ingrained. Well, at least it was ingrained! By dying then, I was instantly rewarded with what I needed, so we moved on. 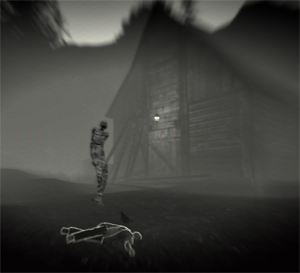 Well, apparently this same mechanic was necessary at least one more time to advance this particular mission. However, in another case it wasn’t actually necessary but added so much more to the experience. At one point, when my friend spent time searching an area, I just /reset and was rewarded with a spirit showing me exactly where every object I needed to find was. It added amazing flavor! Then it hit us: The fact that we could conceivably complete steps of a mission and miss this really cool component had both us suddenly wondering what other things have we missed in other missions. Now I want to go back and do missions in that same dead state to see what cool things have slipped by me.

It turns out that the step my friend was stuck on also involved another death — hence his declaration that when all else fails, die! I am inclined to agree with him, especially since I’ve had various other missions throughout the game that were made so much easier by following the spirits to your next objective.

What scenes may come when we shuffle off this mortal coil…

OK, so this point is just going to be spoilers, so just skip it if you don’t want to know. I won’t give away answers to any particular missions, but I do want to share a couple places you might want to visit before restoring yourself to the world of the living. Sadly, I can’t recall the locations of all of the ones I’ve bumped into over the years even though I still relish the memories, so I’d recommend just going everywhere! Just throw off your inhibitions and dance with death. You won’t regret it.

Points of interest while dead. Click to reveal potential spoiler!

If you haven’t visited the bridge in Kingsmouth, you are totally missing out. Also, if you have done The Black House in Savage Coast, you are missing a nice little story bonus if you don’t try and enter the house while not breathing.

Which otherworldy apparitions have you discovered while not alive? Share your favorites and we can add them here. Warning: Read comments at your own risk; I’m soliciting spoilers!