At this point, the clownshoes are designer label; the most recent update to Anthem removed a special loot chest with unique cosmetics as was originally intended, while it also appears to have removed the loot table completely from one of the shooter’s endgame bosses.

The 1.1.1 patch to Anthem included a number of bug fixes and removed Elysian Caches, a unique loot chest that would appear at the end of the game’s Stronghold instances. These chests were full of cosmetic items like decals and textures for parts of your Javelin robosuit, which didn’t make them hot ticket items, but also provided something different. In fairness, these Caches were always meant to be temporary — a fact that was alluded to in its original announcement — but the devs still saw fit to remove things from a game that arguably is already anemic in terms of things to work towards.

This very same patch also has the distinction of removing the loot from the game’s Heart of Rage endgame instance. A report from the game’s subreddit reveals that the Titan fight in the Heart of Rage offers no loot to speak of — a pretty damning event considering the Heart of Rage appears to be the only endgame activity. A number of official responses in the Anthem subreddit have been posted, confirming that this is not intentional and that the team is looking into it.

Honestly, this doesnt seem too much different from other big OOOPs Ive seen over the years from other mmos. One time in Everquest the server momentarily forgot the data that told it who had bought the latest expac and rolled half the server back to the previous max level. I lost 4 levels and could not xp until they fixed it, and that took a month.

Comedy of errors at this point.

All about that Bioware Magic baybeeee 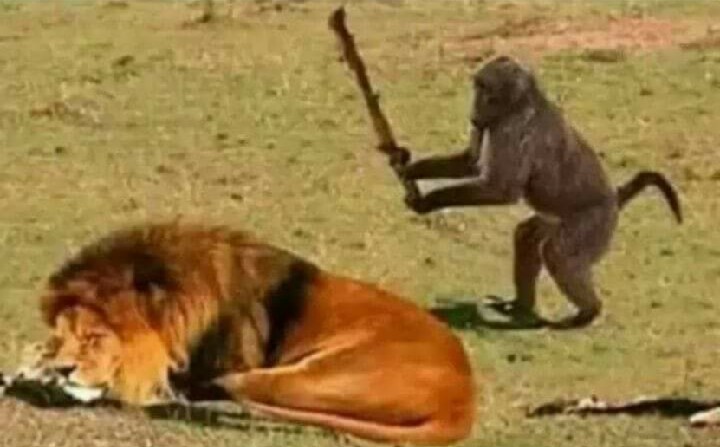 It’s gotten to the point that I’m almost feeling sorry for the people who wasted their time & cash on this ghastly, whack-ass game. Almost…

Lemmings ran headlong into this disaster, pre-orders and all, expecting something monumentally different than “Sim City” or “Battlefront 2” or “Battlefield 4 AND 5” simply because of “Bioware Magic” and got played like the game itself. Now everyone is up-in-arms over what’s promised but are never going to see, and the fact that Bioware can’t even fuck up in a straight line anymore. Are people going to learn?! No sir! Suckers gonna sucker! Remember, this was the same company that charged for HOTBARS in SW:TOR…

When DA4 comes to town, I’m sure the same outraged people will be yearning to get in and stroke themselves into a coma, then raise hell over promises & delays.

I’ve said it before, I’ll say it again: Fuck EA. Fuck Bioware. And fuck this game!

After 3 months, they still can’t do LOOT properly!? And people spent SIXTY goddamned dollars on this game?!

Thanks for this: Bioware can’t even fuck up in a straight line anymore.

I’m starting to wonder if EA is actually the problem here or if bioware is purposely mucking shit up somehow because it is becoming rather absurd how much shit they keep breaking or the likke.

well, EA;s one takeaway from the debacle is to now launch everything via :soft launch”/early access, so no, theyre probably not the victims.

Because maybe they are sick of devs launching in a state that the game shouldn’t be in so they are going to soft launch now and do EA because public perception ends up in a better place and you can generally avoid some shenanigans over time. That said EA needs to take an approach of getting the game done when it is done. Don’t give unworkable release dates just to set something in stone. Say it’ll be done sometime that year and give more work time and a soft launch date.

Or maybe, they just want to be able to continue releasing unfinished games to vacuum up as much profit as possible as soon as possible but also be able to call it :soft launch” so they can deflect any criticism about the launch state by saying its not feature complete yet. Because that seems the more likely scenario when dealing with a soulless cenobite of a corporation like E fucking A

Frankly the amount of criticism games receive these days is astounding in and of itself. It seems a game is expected to be perfect in all ways or it is terrible to some of the most vocal people and it’s done to a point that I really think it’s either goading the companies into responding poorly or trolling, but maybe jaded overall or burnt out on games.

Every new release seems to be people shit talking/hating on it no matter what game company it is from at this point. Anthem has a slew of problems, but it was still a fun game. The issues are getting worse the more they patch which says there is definitely a problem that isn’t stemming from EA themselves and a problem with Bioware. Maybe EA is trying to save face and I mean as much as people love to hate EA not every god damned issue that happens is their fault in development. If a company under them cannot realistically meet the time table EA wants they need to say so before EA goes announcing things publicly along with people from bioware.

I didnt say the development was EA’s fault.

I said their response to it, deciding to just go with soft launches from now on, says EA has no actual interest in being part of a solution, though.

Frankly I think it is their only option at this point with how some of their developers have been going lately.

Sure, but one could argue thats a reason to demand better accountability from their developers, not shrug and take the easy route to more shot term profit.

Based on the Kotaku piece and the ongoing issues, I’m pretty comfortable saying it’s on BW.

while I agree, lets not pretend the culture of EA in general doesnt usually turn studios they own into this over time.

It frequently does, I won’t disagree. But by all accounts they haven’t meddled with BW’s independence like…ever. They’ve always given them a loose leash and let them make what they wanted (within budget/timeline restrictions, of course) with minimal oversight. It doesn’t seem to be happening here, it seems that it’s BW that’s marching into the abyss on their own.

But for a studio like Visceral, 100% agreed. The fucked Visceral over, hard. Between forcing Dead Space into being a major AAA dudebro shooter that it was never designed to be (and that the audience didn’t want) to putting them on the disastrous BF:Hardline project that they should have never been assigned they screwed up left and right. I’m not sure if EA fuckery was involved in the Star Wars game they were working on, but by all accounts studio moral was so low at that point after the big misses from DS3/BF:H that it surely contributed to whatever issues were cropping up.

EA does have a culture problem. The thing is like Greaterdivinity states is that BW is largely independent despite EA owning them. There was an article/interview from someone at bioware that was done last march or so that really said that EA and bioware are pretty open companies, while EA may screw over companies they have direct control over 100% they have left many of their studios alone other than time deadlines which is seemingly part of the overall issue too.

Bioware also has had a slew of their more talented folks leave and you have a bunch of people newer to the industry working on things which also presents it own issues as the more senior people would of kept things in check better. Ultimately I think the entire game industry has a culture problem of trying to address demands from gamers to know when a game is coming out and trying to stick to that as best they can to prevent negative press.

So you see a company like CDProjectRed saying “the game will be done when it is done” to try and help prevent some of that and you have less expectation that way to launch when you said you would even if the game has issues.

During earnings call they said they are doubling down on Anthem – i.e. it’ll be Anthem 1 * 2 = Anthem 2 confirmed!

That’s why I’m still not convinced buying Anthem. Will wait till July to see if they’ll actually release any new content and fix loot. Otherwise it’s a $6 purchase during 90% sales, just like the rest of EA/BioWare games since their F2P SWTOR fiasco when they’ve asked existing clients for $15 ransom to unlock basic functionality in the game people have paid for.

I feel bad for the poor QA folks. They’re likely busting ass trying to get bugs like this squashed by the time patches go out but the team just can’t get them all done before they’re deployed.

Every bloody patch, even these small minor ones, has pretty significant bugs. They really need to review all their internal processes, because they’re not working.

Yeah. Jokes about “What QA?!” etc. abound, but I wouldn’t be surprised if their QA folks are doing an awesome job of providing detailed feedback, clearly documenting bugs and issues and passing them over with accurate priority lists to the dev team.

Just as I wouldn’t be surprised if the dev team ignored most of it (which is common, QA is looked down upon despite how insanely important their work is) and pushed the patch live anyways because there weren’t any “crucial” bugs that would do something like crash the game/system.

Don’t worry, those folks aren’t involved, QA testing cannot be done for quick patches – there isn’t enough time for it (takes weeks to check the whole game manually). It’s just the company doesn’t do automated testing or there isn’t enough of it – normal thing for rushed projects.

It is, actually. They still do a QA pass to ensure that the build is stable and won’t crash, because they then have to send the patch to Microsoft/Sony for certification, and if they see significant crash bugs they’ll reject that shit (unlikely with a AAA) or tell them they need to have a day-1 patch for the patch to address it.

Bosses wouldn’t lose loot if there was a QA pass… Although QA isn’t exactly used for bug testing, but for improvements in properly running mechanics. Yet there aren’t even traces of that: new boss fight takes like 30-40 minutes (without decent loot in the end, mind you) – no sane QA would allow that to make it into the product.