Some players hoped that Fallout 76 would give some Easter eggs or backstory to some of the people, places, and things from the other Fallout games. Some players also wonder how long this Wild Appalachia patch series is going to last. You might look at the roadmap to find the answers to the latter question, but Bethesda jumped off that track a bit ago. Today, it released Patch 9.5, which contains more Wild Appalachia goodness and (as players have since discovered) huge callbacks to other Fallout games.

First, let’s talk about Project Paradise. Besides being another experiment that appears to have gone wrong, it’s also a series of quests that will pit players against some of the most difficult creatures in all of Fallout 76. Bethesda highly encourages players not to jump into this content fresh out of the vault since many of the monster encounters are level 50. The brand-new location for the Project Paradise event can be found in the forest region at Arktos Pharma. Inside the building and past the lobby, players will find an elevator taking them directly to the Biome Labs. Explore, and most importantly, don’t die. 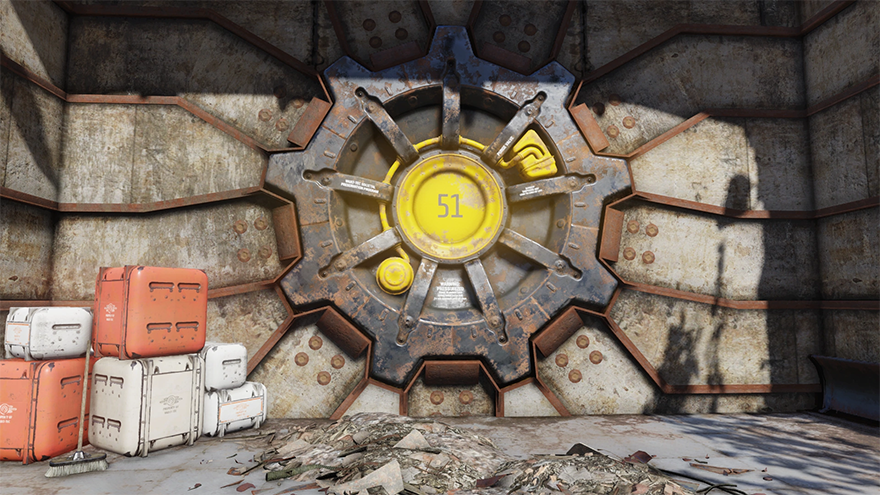 After the May 7th patch for Wild Appalachia, players discovered a strong tie to the other Fallout games and one of the closed and locked vaults in West Virginia. Vault 51 was speculated to have actual NPCs inside. Although that might be true, it might also house a rogue AI. A holotape found just south of Morgantown gave the clues “Tower. River. Fork.” This led players to an orange box near the Flatwoods radio tower. The tape gives more clues that the man in the tapes was headed north to Vault 76. Just south of that lies a corpse with a list that includes: “Kill ZAX.” Spoilers for Fallout 3: President John Henry Eden of the Enclave is revealed to be a ZAX AI. Is this what lies behind the still-locked Vault 51? Players believe it might be, but we won’t find out until the vault opens later this year.

clues for what’s in Vault 51

I’ll assume just a NPC crying and saying “this wasn’t worth it.”

I wish this stuff would have been in the game at launch.

In some ways FO76 feels like an experiment and they’re just adding stuff on with no real end plan in sight. I’m sure they do, it just feels like they don’t.

I still like the game, but I would like it more if there were less level 999 players running around.. To me (and prob just because it’s the way I’ve always played the single player FO games) the game world is more low end scavenger and less look at my red white and blue power armor and explosive 2 shot shotgun.