I have a really hard time taking anything seriously that refers to money as “bucks.” You’ll recall that I opened the Lawful Neutral column on virtual currency a while back with a Spongebob reference and parallel to Mr. Krab’s Wacky Bucks. The inspiration for that reference? Well, that was none other than Intrepid Studios’ Intrepid Bucks. I have to admit that I still struggle to not roll my eyes when typing that out.

But the more interesting part of that, outside of my disdain for colloquialism, is in how you earn Intrepid Bucks: by referring your friends, family, and unsuspecting enemies to spend money on the studio’s upcoming MMORPG, Ashes of Creation. When this referral program was announced in 2016, it caused a lot of a lot of side-eye around the MMOsphere, specifically because it allows players to refer others to the game and get 15% of the real currency spend back as Intrepid Bucks. Players can then use these Intrepid Bucks on subscriptions and cash-shop purchases. They’ll even be able, at some point, to cash out quarterly.

Some gamers praised it as a brilliant system to incentivize people to recruit new players, while others decried it as a pyramid scheme. But the reality is somewhere in the middle. Welcome to another edition of Lawful Neutral, in which I’ll wade through mucky marketing-speak to figure out what is actually going on with the Ashes of Creation referral program.

First off, let’s start with how the program works. Let’s say our good friend Jaina signs up for the AoC referral program. She gets Thrall, Urianger, and Trahearne to sign up for AoC as well. They each purchase a subscription at $15.00 per month. So for that month, Jaina earns Intrepid Bucks worth 15% of $45 – so $6.75.

The following month, Thrall refers Baine and Alleria, while Urianger refers Y’shtola and Thancred. Trahearne tried to get some referrals, but no one really likes him, so he didn’t have any luck. So Thrall and Urianger both earn $4.50, which they use to pay for pay of their subscription. Because Thrall and Urianger paid only $10.50 for their subscription because of their referrals, and Trahearne paid full price because he didn’t refer anyone, Jaina makes only $5.40 the second month.

The more people below you in the referral chain (yes, it makes a roughly pyramid shape, but we’ll get to that), the less money you make as the original referrer. 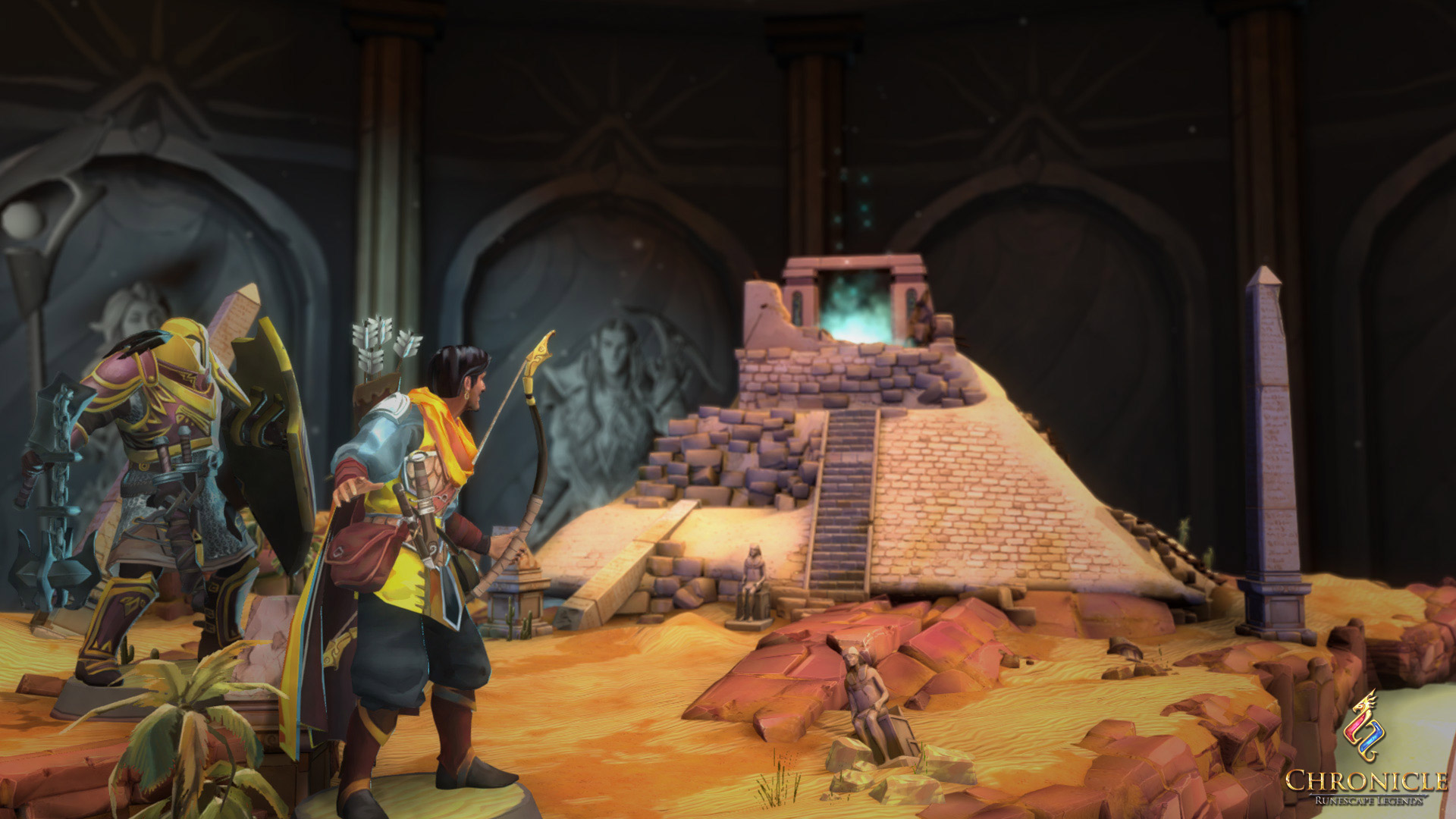 So is it a pyramid scheme?

A pyramid scheme is a business model in which a person “recruits members via a promise of payments or services for enrolling others into the scheme, rather than supplying investments or sale of products.” At first blush AoC’s system might seem to meet the criteria for a pyramid scheme because it’s focused on recruiting others, but the main difference is the existence of a product. In a pyramid scheme, there is no product. It’s just people paying money and then turning around getting other people to pay money without there ever needing to be a product involved. In the AoC model, the only way to actually earn any money is through the purchase of the service or products to use with the service.

So no, the Ashes of Creation program isn’t a pyramid scheme. It doesn’t meet the criteria.

Is it a multi-level marketing scheme?

A multi-level marketing strategy “is a marketing strategy for the sale of products or services where the revenue of the MLM company is derived from a non-salaried workforce selling the company’s products/services, while the earnings of the participants are derived from a pyramid-shaped or binary compensation commission system.” The key phrase here is “non-salaried workforce selling.” Through this referral program, players aren’t actually selling the anything to the folks they refer and recruit. Intrepid is still doing all the actual selling. Players are at best proselytizing for Intrepid Studios’ product, weaponizing and incentivizing the everyday chatter of the MMOsphere. This might be self-evident in the term “referral program,” but the accusation has been lobbed before, so I thought it was a good idea to call it out specifically. 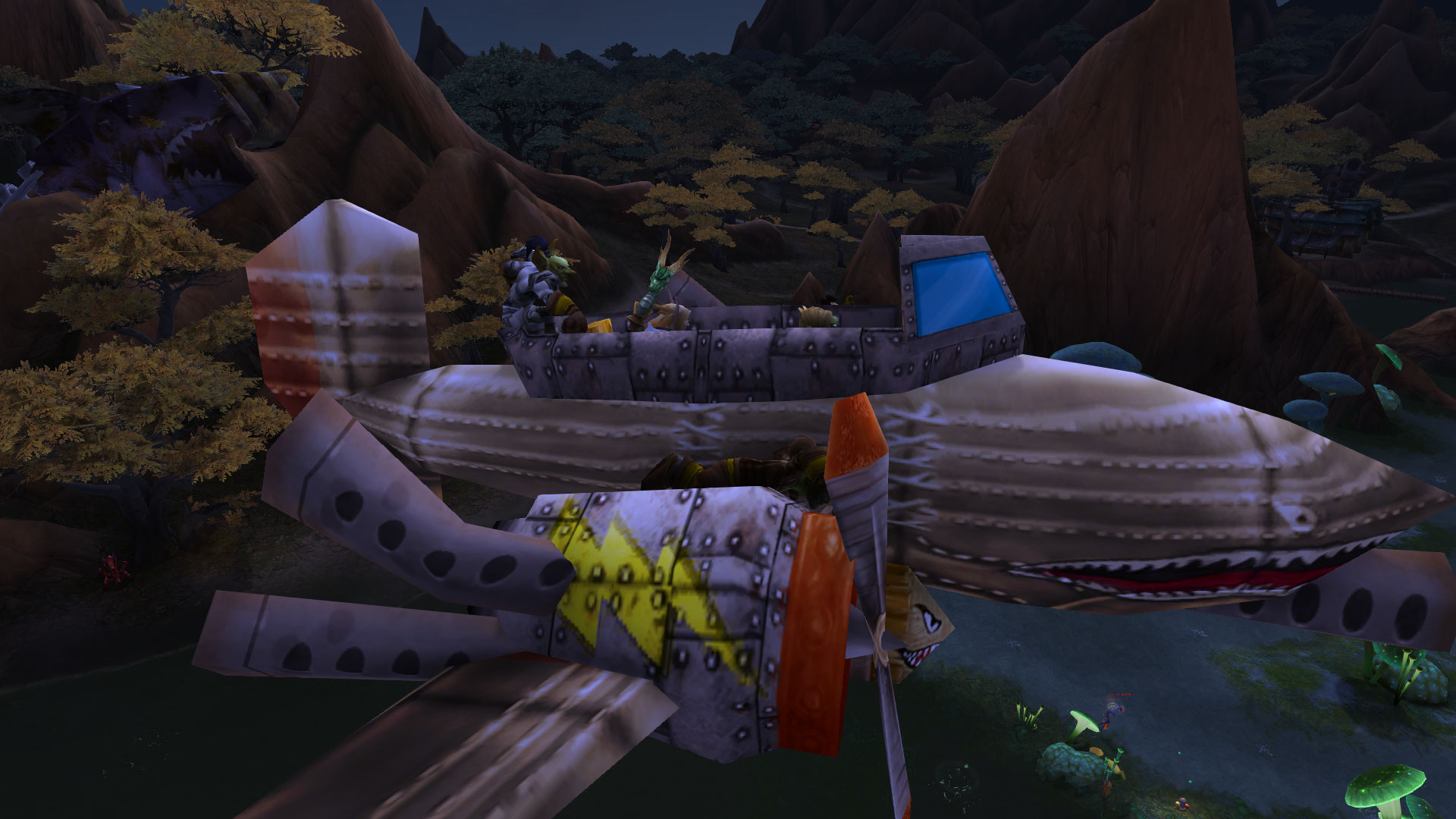 So then what is it?

The Intrepid Studios referral program is at best a gimmick and at worst an attempt to cajole people into advertising the game with the potential for minor financial gain – but in a situation where the actual payout will be close to nothing for almost all of the playerbase. As we’ve previously covered, Intrepid founder Steven Sharif has freely disclosed that he made his initial fortune (as a teenager) in the world of MLM, but this referral system isn’t an MLM in the traditional sense. It just has some similar characteristics and encourages some of the same behaviors among the players who join the program.

In other words, it’s designed to be a marketing technique first and foremost to benefit Intrepid Studios and maybe a small number of players who manipulate the system well enough. For everyone else, it’s just a gimmick that you likely won’t ever see any payout from. From an MLM marketing perspective, it’s perfect: minimal cost to the company, minimal ROI to the majority of players, and maximal profit (and marketing exposure) for the company.

That’s why I call it merely a gimmick. There’s not a lot of harm in the program, but there’s also not a lot of benefit for the majority of the playerbase. It may even have already served most of its purpose because it generated notoriety for the title early and caused a surge of people trying to cash in on the program.

Very astute of you to ask! As you’ll recall from my currency column, a company qualifies as a Money Services Business and money transmitter in the United States by meeting three specific criteria: 1) it acts as the exchanger or the administrator of the currency, 2) the currency is a convertible virtual currency, and 3) the company facilitates movement of the currency between different locations or people. At the time of this writing, Intrepid Studios still says there will be a “cash-out” option for Intrepid Bucks, a currency for which Intrepid acts as the sole administrator. If Intrepid sticks to its current plan, the Intrepid Bucks currency also seems like a convertible virtual currency. Finally, it’s possible that Intrepid Studios facilitates the movement of money between people, if one concludes that the “cash out” for a referrer is technically being transferred, albeit indirectly, to players, from players.

From a layman’s perspective, I think it’s possible Intrepid could meet the criteria to qualify as a Money Services Business in the US if it follows through on the quarterly cash-out option and if it’s determined that the cash-out moves money between participants (rather than from Intrepid to participants). However, it seems pretty likely that the company’s got plenty of lawyers advising it on how to avoid that trap.

In spite of what folks in comment sections across the MMO world might say, the Ashes of Creation referral system isn’t a pyramid scheme, and it’s not even an MLM in the strictest sense. But it does possess some of the qualities of an MLM, even if it doesn’t fit the definition to the letter. As I said, Intrepid’s very own Wacky Bucks are a gimmick – a marketing strategy that won’t hurt players, but definitely isn’t going to do anything to help the vast majority of the playerbase. For that reason, maybe the side-eye (if not the hate) was justified.