Earlier in May, Albion Online experienced a pretty significant spike in population numbers thanks in part to shelter-in-place orders for the pandemic. So one would maybe suspect that, as some of those pandemic restrictions ease, the game’s population would similarly slip, but as of this month that’s not the case, rising past the lockdown population peak and hitting a new daily average user count of 125,000.

Developer Sandbox Interactive touts the Rise of Avalon update and the addition of Chinese and Korean language support as factors for this new population growth, the latter of which brought a reportedly “huge” influx of players.

As for what’s next, the devs promise to continue improving features in both Queen and Rise of Avalon as well as future updates that focus on expanding the Royal Continent and improving and refining the game’s mobile version. So all in all, it’s looking like things are on an upswing for Albion. 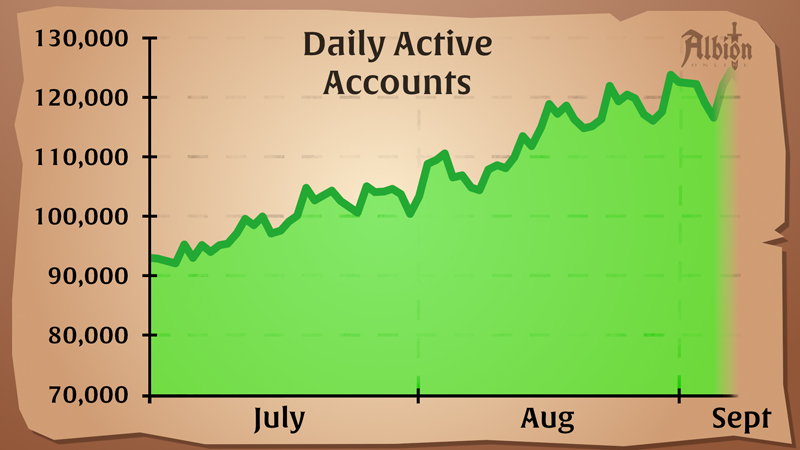