One of the biggest, spikiest, gnarliest bear traps in open development is slapping a date on a feature; nine times out of ten, date projections go completely wrong, and a missed date never feels good for those following along or expecting a feature’s arrival. On the other hand, devs removing dates entirely often transforms “transparent development” into something more like “opaque and kind of cloudy development.”

Wherever you fall on the argument, the upcoming PvP sandbox Profane has now removed dates entirely from its latest development roadmap. Instead, there will be progress bars that fill up as work on a feature presses on. Features being worked on also get a glowing border as a highlight, though that highlight may switch on and off because one feature’s completion requires another feature to be finished. Additionally, feature completion won’t follow any specific order.

For those who are curious about what this new roadmap is looking like and what features are currently being highlighted and filled, we’ve got the image pasted below; click it to see it in full size. 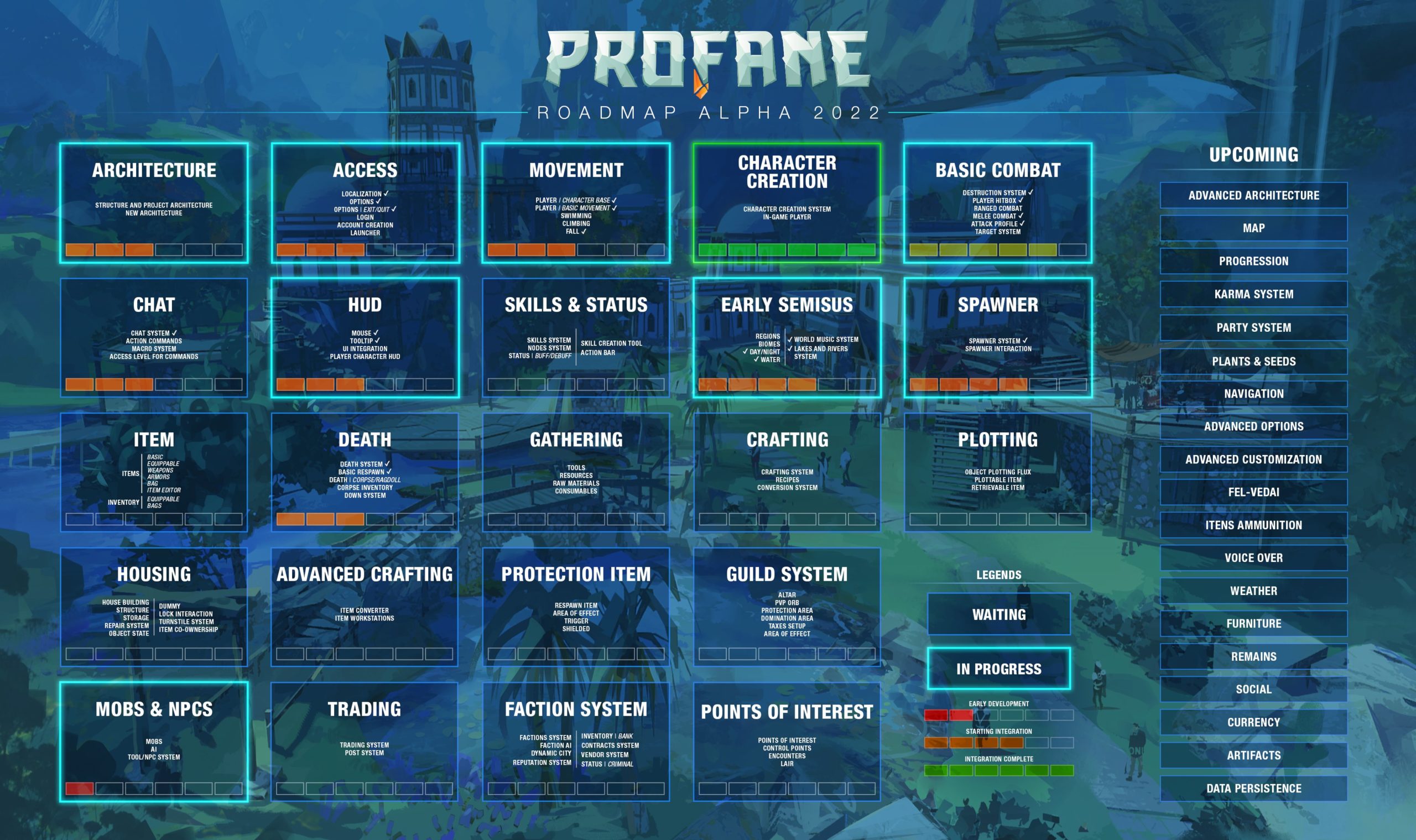