Welcome to a new column here on MassivelyOP! Tales from the Holodeck was inspired by a couple of things: my purchase of a VR headset (a Quest 2 specifically) and the desire to expand our coverage of MMOs, MMORPGs, and multiplayer games into new territories, including VR. However, this column isn’t going to be restricted specifically to VR, as the idea of “holodeck” can be expanded to include any sandbox out there or on the horizon. The catch-all idea, then, is to cover those games that could be considered virtual worlds, whether they are worlds in virtual reality or much larger sandbox titles.

With that all said, this introductory column is going to focus in on VR, and specifically the idea that VR is the best way to open up people to the metaverse. After having a few months’ worth of play time in my Quest 2, I can say with absolute confidence that VR isn’t really best as a metaverse portal, but is actually better off as a cool new games console instead.

I’ve slowly changed my mind on VR as a games platform through the course of exposure, reading specialist articles, and especially playing games in VR. Perhaps it has something to do with my age, but the fact that this kind of gaming tech exists when before it was the height of science fiction films of my youth is pretty astonishing, and pretty much every game I’ve experienced in VR has blown my ever-living mind. 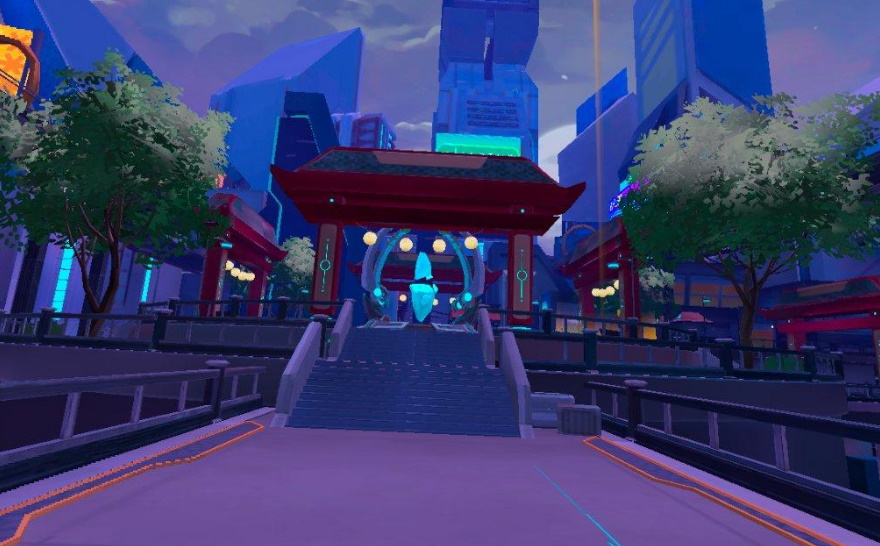 That was certainly cemented when I entered the VR MMO Zenith for Choose My Adventure. Specifically, feeling rooted inside the game’s world itself, actually able to manipulate it with more direct control and feeling the level of immersion in terms of interactivity and feeling like I’m standing in a 3-D space are sensations that have changed my mind.

While Zenith definitely got my foot in the VR lover’s door, it has extended to a variety of other single-player and multiplayer experiences as well. VR is just naturally designed to make sword fighting and swinging a lightsaber in a video game. I’ve been inside of a giant mech, feeling a sense of complex control and weight. I’ve found a VR game that has me assembling jigsaw puzzles. FPS shooting games and flight games are now more visceral, more complex, and more engaging than ever before. And, of course, there’s just that sense of being in a 3-D space through 360 degree videos; being inside of a YouTube video surrounded by puppies playing in a backyard hits different in VR.

Ultimately, these experiences and the potential for new games has made me enough of a convert to the potential and engagement of VR gaming to the point that I am cheering the medium on to reach into greater genres and greater heights. Especially in the direction of MMOs and MMORPGs. I’m curious where Zenith goes and I really want to hop into OrbusVR. 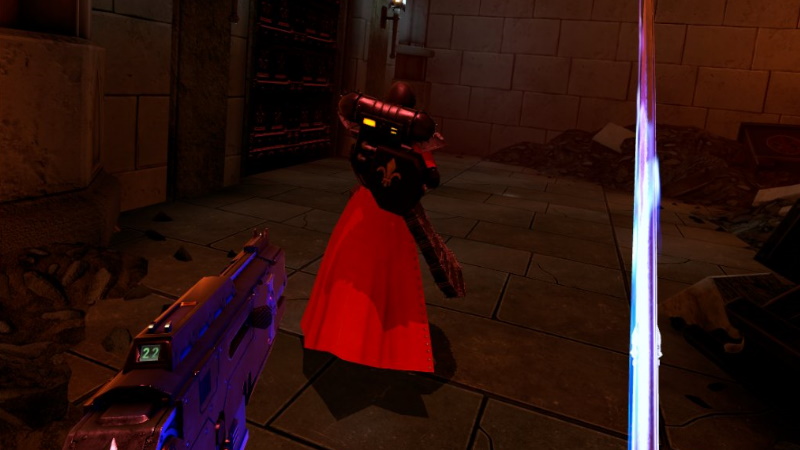 As effusive as I am about all of these kinds of experiences, I’m not necessarily such a proponent that I believe VR is the wave of the ultimate gaming future, but I am in enough love to know that this kind of gaming machine is truly distinct. Which (finally) leads into my ultimate point: VR is an awesome games console, with gaming types that definitely are worth experiencing, but it’s also not a replacement for existence; it’s a toy to enjoy, a means to briefly escape into an entirely different world. The last thing we all need is some sort of weird digital analogue of meatspace.

VR gaming experiences are hugely fun, but they’re also things to visit once in a while and not places I would want to populate for any length of time. I promise it’s not just me being “an old” here, nor am I letting the physical toll of standing and playing VR titles steer my line of thinking. VR games should be games first and foremost. Experiences, yes, but still gaming experiences. 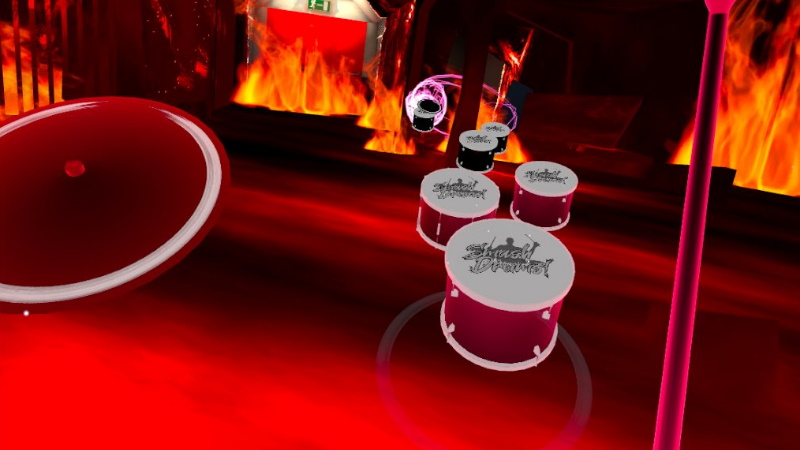 As much of a shut-in as I can be, I don’t really think that slipping on a headset to meet folks in some sort of metaverse is really the kind of thing that VR is best for. VR has a great deal of interactivity, sure, and a metaverse could potentially offer up unique interactions, but I slip this Quest over my fat head to lose myself in wholly alternate worlds and pure gaming experiences. I want to become a Battle Sister, a laser drummer, a mech jock, a ghost in a backyard filled with puppies. I don’t want to experience mundane things or some lower resolution facsimile of the real world.

That’s not even taking into consideration all of the horrible associations the metaverse has with tech firms and games studios’ adoration with Web3, cryptocurrency, and NFTs. Let’s all be very real with ourselves: The people who are pursuing a metaverse or series of metaverses aren’t doing so for the idea of benefitting humankind or advancing technology; they’re doing it in a mad, dogged race to see what company can make a digital play-to-earn corporate hellscape first, then transform that into a utility to monopolize it a la state-wide cable and internet providers. As usual, techbros are trying to ruin something wonderful.

And I will profess once again that VR gaming is truly something wonderful. The Quest 2 in specific feels like the most entry-level user-friendly way to get into this kind of gaming experience. But it shines as a gaming experience entirely. 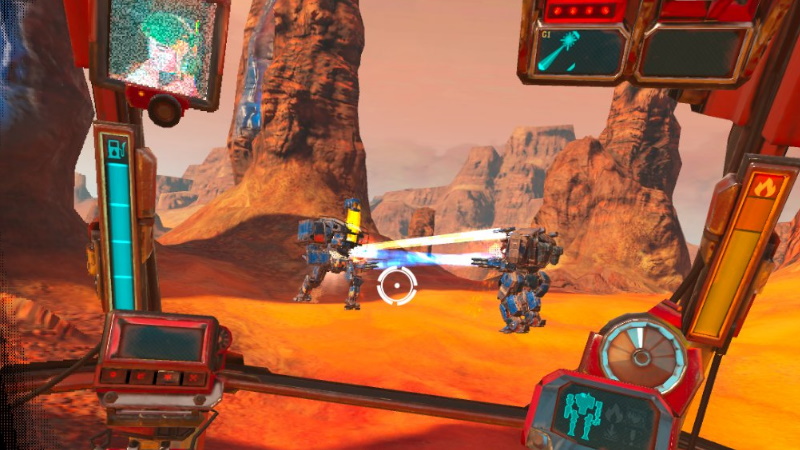 Maybe I am being just “an old” here. Maybe I have to experience the closest thing to a metaverse as there is out now, insofar as an experience tailored to mirror the real world with fewer boundaries. You can’t knock it ‘til you try it, as the saying goes, and I intend to try just that and report my thoughts in the next Holodeck column.

Until then, I’d be interested to learn what kinds of games, topics, experiences, or other things you’d want to see out of this column. Please feel free to share your thoughts and suggestions. I promise that I’m not trying to replace CMA, but I would be lying if I didn’t admit that having that feedback input wouldn’t be helpful in me fleshing this idea out further.

Sometimes you need a break from the real world and have to take some time on the holodeck, and so do we! Tales from the Holodeck is where Chris Neal and the MOP team report on virtual reality gaming and related topics as well as more “traditional” sandbox MMOs that seek to create full worlds to get lost in.
Advertisement

Lost Ark previews February 8 update, bumps the Artist up to...